5 Asian artists you shouldn’t sleep on 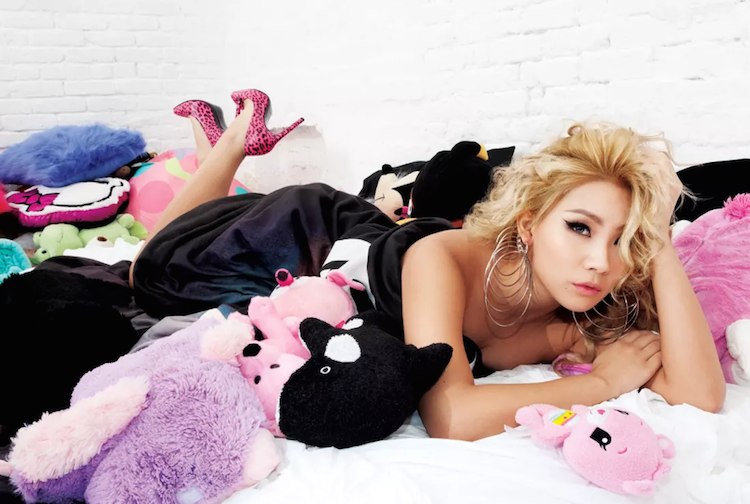 More often than not, Asians contribution towards the music industry is hardly recognised on an international scale so they are often under-appreciated. At the recent MTV Video Music Awards, there was not a single Asian artist nominated for an award. This speaks volumes. That is not to say that MTV holds the definitive benchmark for measuring success, as there are awards in Asia such as the Mnet Asian Music Awards (MAMA), but recognition and visibility on a wider, more commercial scale is still something Asian people all over the world have to fight hard for.

Therefore to raise awareness, I have come up with five incredible artists for you to check out. I believe they deserve the recognition just as much as the next up and coming talent.

If you still haven’t heard of CL, clearly you have not been paying enough attention. CL, (FKA Chaelin Lee) is a South Korean singer-songwriter and rapper who is also the leader of the Korean hip-hop group 2NE1 under the label YG Entertainment.

CL has always been on her grind, having previously working with artists/producers such as Will.I.Am, Diplo and Skrillex. Pharrell Williams has also voiced that he would like to collaborate with her.

Now, she is back after the release of her first solo single, “Hello Bitches” which premiered via Noisey in November last year, which was a teaser to her upcoming project Lifted.

Having always been a fan of 2NE1, I already know how talented CL is. But for those who are out of the loop, keep your ears open and eyes peeled. CL is here to stay and here to slay.

How inconsiderate of me if I were to miss out on G-Dragon (GD, FKA as Jiyong Kwon) after mentioning CL? Like CL, G-Dragon a South Korean singer-songwriter, rapper as well as a producer and leader of S. Korean hip-hop group Big Bang under the same label YG Entertainment.

GD is very much a fully-fledged solo artist who specialises in hip-hop and rap and has worked with several artists including Missy Elliot. Since his first solo debut EP Heartbreaker, released in 2009, he has refined his sound while still maintaining his unpredictable and extravagant nature.

It has been 3 painful years since his last project Coup D’etat but knowing the perfectionist that is GD, I am sure he has been re-working and re-recording everything to ensure every second on his potential project is quality. Or I could be wrong, and he’s focusing on Big Bang’s 10 year anniversary. Either way, GD will be back on our screens at some point this year.

Crystal Kay is an African American and Korean R&B/J-pop singer-songwriter but considers herself Japanese as she was born and raised there.

Crystal Kay debuted in 1999 in Japan and has released a total of 11 albums as of now, with 7 of them reaching platinum or gold status. With a longstanding and successful career, she has also encouraged and paved the way for interracial artists to go into mainstream music. Crystal Kay has a soft and delicate voice, much like Jhene Aiko’s, and usually has a very uplifting and calming sound.

She has now debuted in the US via MTV Iggy with single titled “Busy Doing Nothing” which is her first song in full English. I personally think if she went independent and had free reign with her US debut, plus with the help of collaborating with R&B artists like Alicia Keys or Keri Hilson, she would produce music of a quality that is much better than “Busy Doing Nothing”.

Wolftyla is a Korean and African American R&B/soul independent artist who has been compared to Kehlani and Jhene Aiko. So far, she has not produced a vast amount of music, but her song “Feels” has garnered 6.18 million plays on Soundcloud.

If you’re into Kehlani and Jhene Aiko, or just soulful relaxing music, then you’ll like Wolftyla.

Last but definitely not least, is Korean rapper based in LA and repping Koreatown called Dumbfoundead (FKA Jonathan Park). If you watch the drama series Power, you’ll know who I’m referring to.

This underrated rapper has collaborated with numerous artists including Anderson Paak and is quickly rising to fame. Dumbfoundead has also caught Drake’s attention during the Drake and OVO’s rap battle “King of the Dot Blackout 5”. I have followed his music from the very beginning and every track he’s releases has never disappointed me.

His latest single “Safe” broke the internet as it addresses the issue of the lack of Asians/Pacific Islanders in the music and entertainment industry. The music video and single is huge step towards recognition towards Asian music and although there is still a long road ahead, I feel we are making steady progress.