I am writing this mostly in an attempt to quell the anxiety shaking my whole body like a leaf and because I want to give just the smallest insight into what the lives for many of us socialised as women are like, when the threat of violence against our bodies sits as a constant, quieting reminder.

Tonight, a man I had never met before, decided he wanted to follow me home. Two of my friends had just dropped me off, walking me at least a quarter of the route home (women understand these things  so well sometimes) and we had just said our goodbyes. I was laughing and laughing despite the exhaustion from being awake since 4am.

I noticed him (tall, well built) staggering slightly behind me, a hand unsteadily sloshing the contents of a glass of beer. Instinctively, I did something so many women learn to do – usually very early on in their lives whilst navigating public spaces at night – I crossed the road, waiting slightly before returning to the other side. But, by this time, he had stopped and approached, reaching out to grab my shoulder, standing close enough that I could smell the stale stench of beer on his breath.

Again, I registered the sheer size of him, how much bigger and stronger he looks than me, and I can feel my stomach muscles clench with nervousness. He begins to reel off a multitude of questions, attempting to pull me into conversation, his gaze crawling over me and I am suddenly acutely aware of the few options available to me at this point:

a) Ignore his advances, walk away, risk him chasing after me and potentially assaulting me

Facts I am also painfully aware of: he is bigger than me, he could outrun me, my friends have left, the street is deserted, there are no bystanders to intervene.

I go with b). he tells me his name, his journey to arriving in the city, his interests, that it is his birthday, that he only wants company. He reassures me he isn’t drunk, tossing aside the glass in his hands to emphasise his point. At this point, he is crouching down to my eye height to tell me I am beautiful. I attempt another ‘tactic’ that womanhood has taught me and I tell him I have a partner, that I am exhausted and on my way home, that I am not the best of company in such a state.

He takes visible affront to this and begins demanding whether I think he appears capable of hurting a woman. I reassure him that no, I don’t think this of him at all, shakily trying my best to control my facial expressions, appear at ease. He can detect my discomfort, maybe even my fear, and accuses me of stereotyping him.

“Not all men are dickheads, give us a chance,” he says. I realise quickly that angering and upsetting him is extremely dangerous and so, I appease more of his questions, agreeing to his request to walk me home to ‘prove’ himself worthy of being a ‘respectable gentleman’.

As we walk down winding alleyways, I am struggling to fight the acidic nausea burning at my throat and focus instead of trying to unlock my phone. Trying to key in the correct pin whilst my hands tremble in my pockets and do so subtly without drawing his attention proves near impossible but eventually, I am calling my flatmate.

I loudly greet her as she answers, act like she has not just informed me I am heading towards an empty flat. Somehow, I manage to keep an even tone, despite the overwhelming urge to sob down the line for help. This is another ‘tactic’ I am employing out of desperation, ensuring it is clear to him that no, I am not alone, I have someone waiting for my imminent return.

By now, we are drawing close to the entrance of my flat, he is reiterating his loneliness, the desire for some emotional intimacy, how our mutual hometown roots should warrant me giving him this.

“I am a good guy,” he repeats yet again, before asking once more if I thought he would hurt me. Quickly, I reassure him that I think he is a Nice Guy and that I was tired but we could be friends, perhaps hang out at a later date. This displeases him but I am in front of my flat now and I give him a brief embrace before walking swiftly toward my front door.

I slam it shut behind me and my body nearly buckles over from the sheer adrenaline and fear pumping through my body. Soon enough, he is punching fists against the door, calling my name again and again before resorting to begging and “baby, please”. Terrified the wooden door won’t hold from the weight of him, I run down the flight of stairs that lead inside and slam the door shut, locking it in the same gesture, sliding to the floor eventually.

I lose count of how long I sit there, but I do until I hear no more thuds against wood and his voice begging to be let in. My name sounds dirty coming from his mouth and my skin itches as I hear him call it out. After a while, there is resounding silence and yet, the relief is not immediate; instead, I crawl into bed and try to fight the panic attacks threatening to consume me.

“As terrifying and horrifying as tonight may have been, sadly part of me expects little different from my reality, because all too often, this is what it is to be a woman, still, in 2016.”

As terrifying and horrifying as tonight may have been, sadly part of me expects little different from my reality, because all too often, this is what it is to be a woman, still, in 2016. If course, tonight the threat of violence might have been non existent (perhaps all this man wanted was someone to listen to) but very rarely, are we as women allowed to entertain such possibilities.

Why not? Because the alternative carries potentially fatal, horrific consequences if not the case; if the Nice Guy isn’t really as ‘nice’ as he promises. There will be some that say I shouldn’t have walked home alone tonight, that I should have been smarter, maybe even chosen option a), hedged my bets.

Maybe there is some element of wisdom in such thinking and yet, I find myself asking why can I not be afforded the right to also safely navigate the streets of my home without fear of attack? Why must we as women employ such an arsenal of defence mechanisms simply to make our way home?

What my male acquaintances, friends and beloved comrades need to grasp, is the sheer daily violence that is enacted upon the bodies of women, particularly whilst navigating public spaces via mechanisms such as street harassment, ‘cat calling’ and wolf whistling. society imbues cis men with this toxic masculinity, a masculinity that feels an inherent entitlement over women, one that exercises this via methods of power and control.

I have only one thing to say really on this. Fucking unlearn that gross, violent shit fast. Women do not owe you their time, we don’t owe you attention, our energy or the emotional labour involved in listening to ur woes and soothing the ego. Understand how often and terrifying it can be for us when you try to enact this sense of entitlement in public spaces, particularly at nighttime. I am so fucking tired of having to make snap decisions between options like a) or b) that have consequences that could end in sexual assault and even rape.

A good friend reminded me tonight that in situations like this, there is no correct choice, only methods of survival. Men please understand, it is not a compliment to be approached, stop assuming it will be received as such, that it should be received as such.

Every now and then, I wonder why I am still involved in feminist organising, why this work feels so significant and necessary and then nights like tonight remind me, I am still living in a world where tomorrow night, on the walk home, I will, like so many other women, be gripping my keys into the flesh of my palm, to keep myself alert, armed and ready to fend off attack. 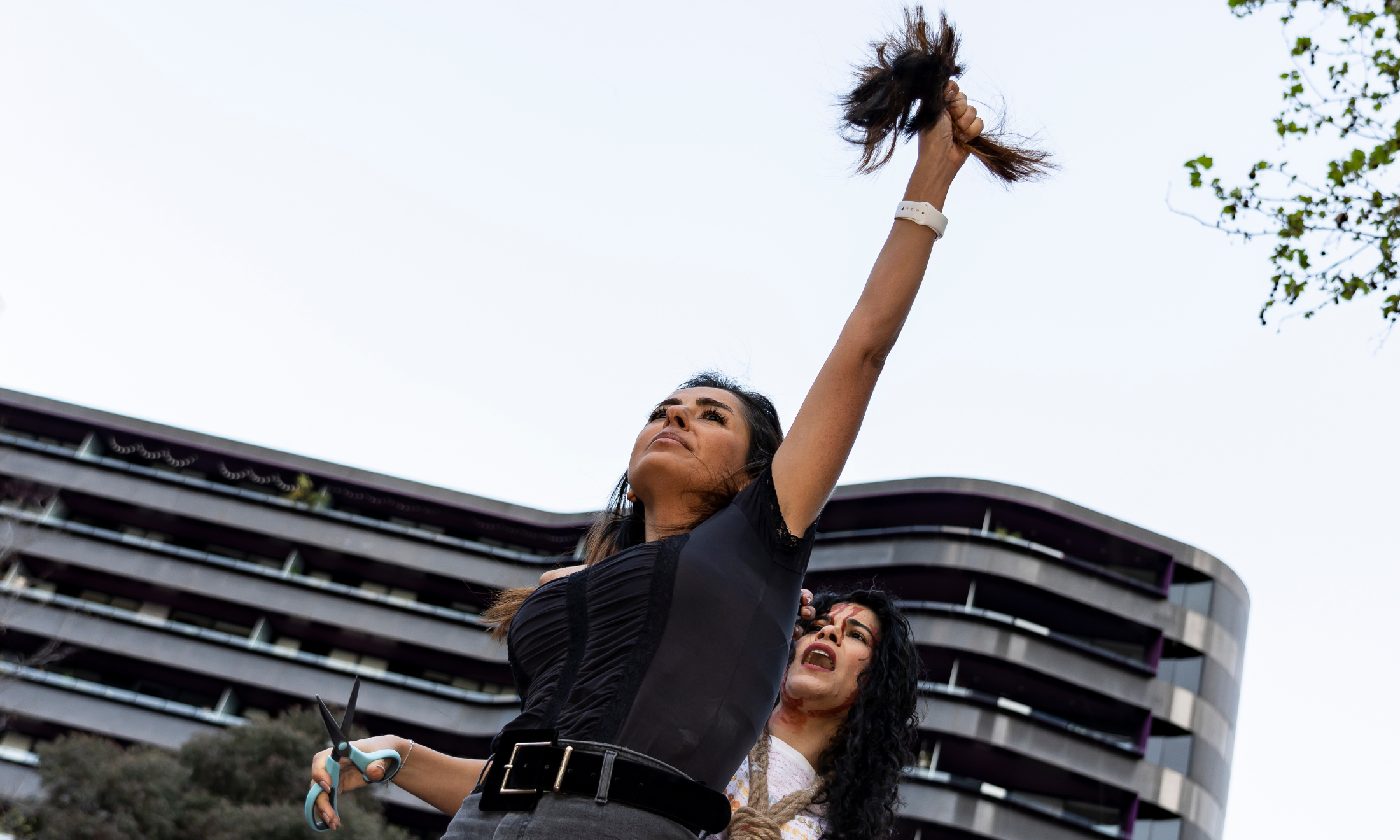 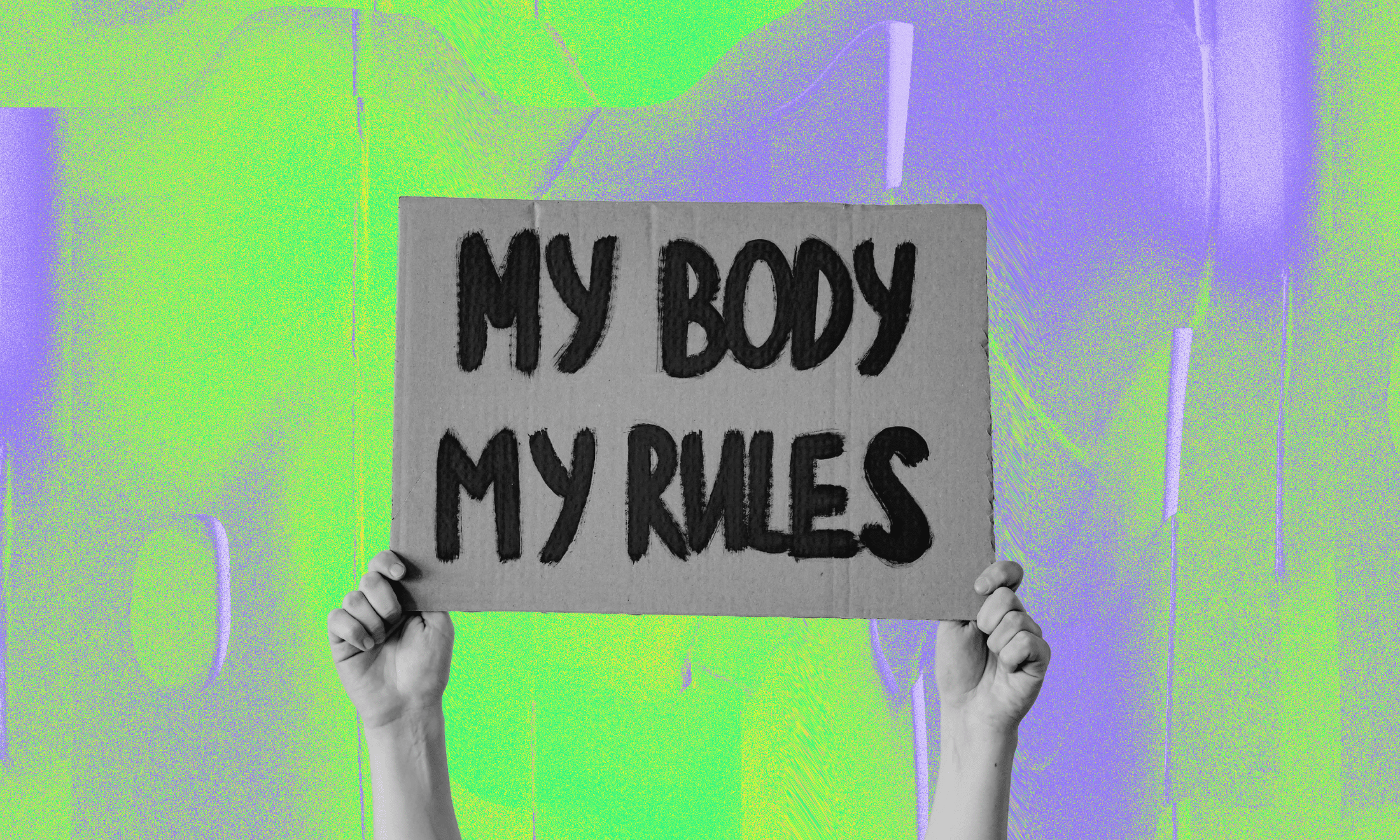 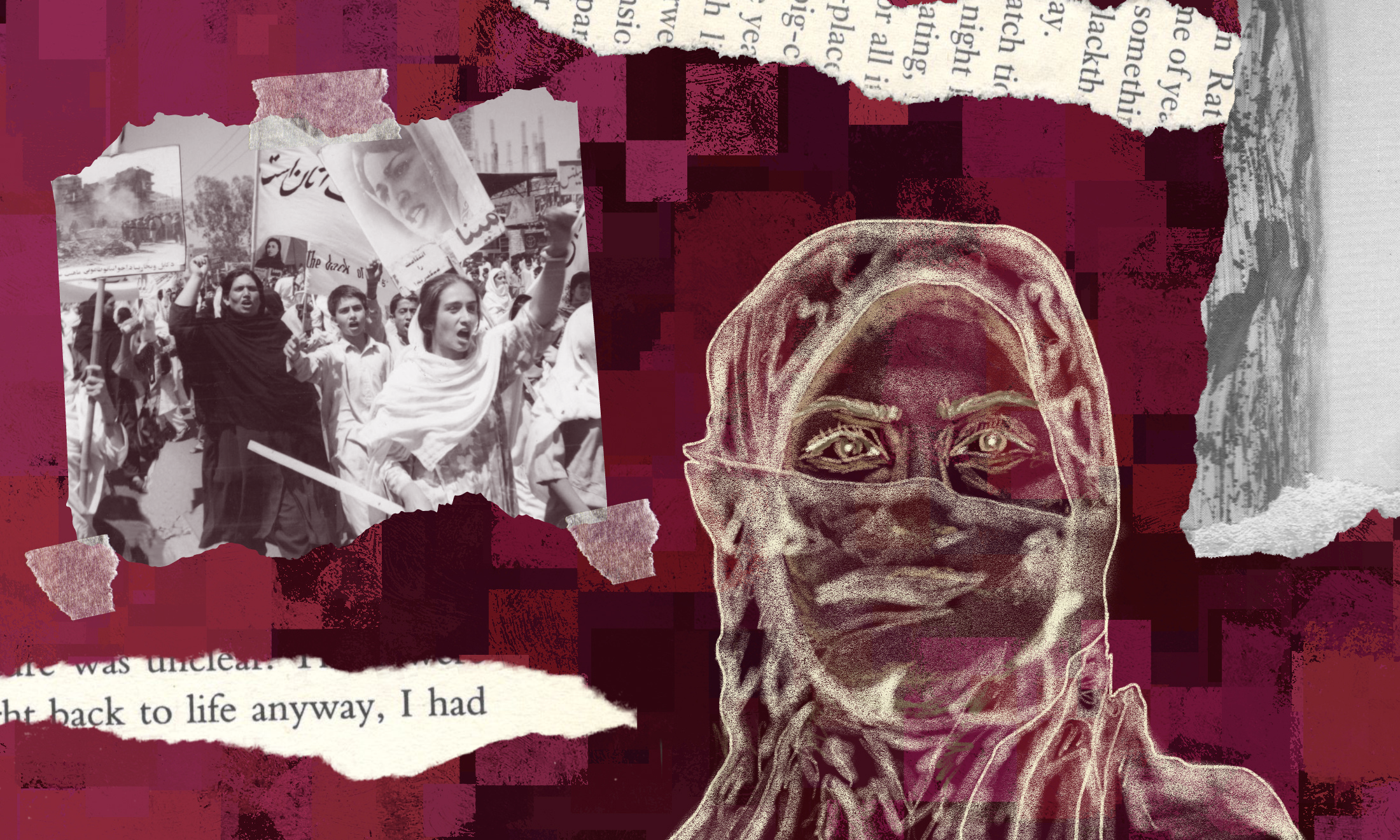 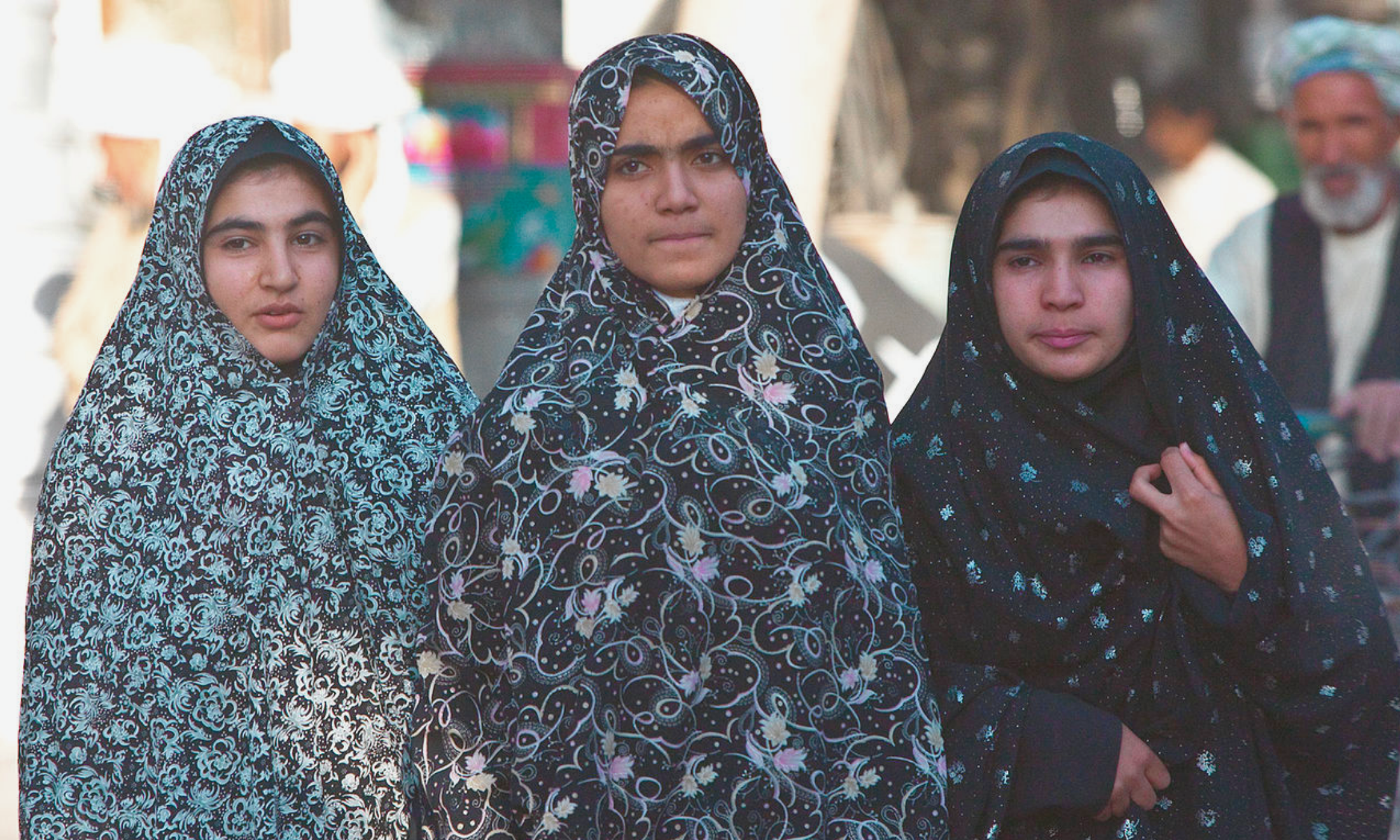