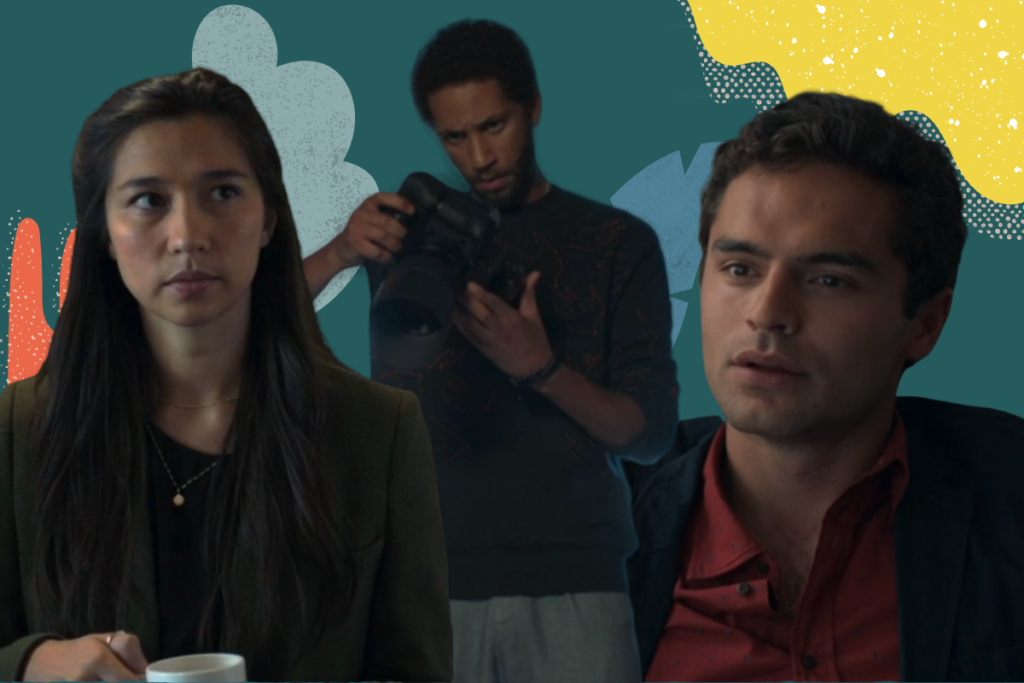 Why are all the people who aren’t white people the bad people?

There’s a pivotal confrontation in Normal People, the BBC adaptation of the wildly popular Sally Rooney novel from 2018, which is supposed to establish, once-and-for-all, Connell Waldron’s Good Guy status.

During a stand-off between Connell and Jamie, which happens while they’re summering at Marianne’s Italian villa, the show distinguishes protagonists from antagonists. After throwing a fit over champagne flutes, Jamie decries Venice because “it’s just full of Asians taking pictures of everything”. Connell, good guy that he is, mutters under his breath: “God forbid you might have to encounter an Asian person, Jamie.”

If you were feeling ambivalent about Connell by this point, this scene is meant to make you take a step back. Obviously, Jamie, Marianne’s soon-to-be-ex, sucks. He has a “nationally infamous” father who was a key player in instigating that financial collapse. He’s the paradigm of privilege and dickishness; the sort of person who’d ask for your Cashapp to split a £4 Uber while complaining that the neighbourhood he’s gentrifying is “rough”. We hate him, so it’s gratifying to watch someone tell Jamie to kick rocks.

In the book, it’s actually Connell’s friend who makes this remark, but the show changes this: it’s Connell himself who stands up for us Asians in the face of less-than-casual racism. (Thank you! Can I get a selfie?) It’s a clumsy scene, but key for a number of reasons, foremost because it illustrates the show’s attitude towards race. This scene attempts to delineate Connell’s relative privilege from Jamie’s relative privilege. Here, Connell’s nobility is unequivocally proven by the fact that he stands up for groups he doesn’t belong to. In other words, minorities, who aren’t very prevalent in the novel at all, are used as props for a white character’s development.

The show has so far garnered excellent reviews, each sex scene has been fawned over worldwide and Connell’s chain now has its own Instagram account. Muscles and hot panting aside, one of the conversations we aren’t yet having about the show’s representation of people of colour. It demonstrated its desire to pay lip service to politically correct values, but its producers are a far cry away from any meaningful diversity.

For a story that centres white people, its casting directors (also white) went on to cast people of colour in a number of baffling tertiary roles. For the part of Gareth, Marianne’s first college boyfriend, they cast actor Sebastian de Souza, of Portuguese-Indian descent, as a student who defends Nazis under the spurious guise of “free speech”. It doesn’t make any sense, but maybe Gareth’s the sort of confused posh person who leans into his “European heritage”. He likes Jordan Peterson’s podcasts. I don’t know.

Casting a black man to play the role of a masochistic dominator while a white woman plays the sub is terminally regressive. It takes a lot of blindness and a whole lot of gall. Whether the casting directors consciously or unconsciously decided to play into tropes that once literally instigated lynch mobs – the sexually aggressive black man dominating a fragile white woman – is unclear. But it does not make any attempt at complicating or contextualising Lukas or these scenes.

There’s also Helen Brophy, Connell’s normie first girlfriend. The directors cast Vietnamese-French actress Aoife Hinds, and although the book makes no mention of Helen’s race, it’s nice to know she studies medicine. While her performance is brilliant it’s also worth noting that because you’re rooting for Connell and Marianne so her presence feels intrusive and unwanted. She may not be a Nazi sympathiser or abuser like the other new PoC characters orbiting the protagonists but ultimately you end up disliking her too.

Just this past October, author Alexander Chee published a piece that addressed this very issue: what does it take to write (or cast, or create) characters who are the other? Reader, there are no shortcuts for diversity. Don’t be fucking sloppy. Representation does not mean indiscriminately casting PoC into whatever subsidiary roles are available. Inherent in this “colourblindness” is, of course, a lack of understanding of what it means to be a person of colour and how that shapes the way one navigates worlds, whether they be of fiction or of life. True representation involves a lot of self-interrogation: why write this character, why write this story?

“Reader, there are no shortcuts for diversity. Don’t be fucking sloppy”

It’s not just race that is distorted in the TV adaptation either. The show goes on to make several more interesting changes to the characters. Not content with adding minorities they also take one away, completely erasing Joanna’s queerness. This is, of course, a shame as she is the only consistently likeable person in the book and the show.

The allure of Normal People is that it has become the standard-bearer of what millennial romance is (fickle, endlessly fraught) – that is if you’re of a particular privileged class. This stands true regardless of whether you’ve gone to college in New York, or uni in Scotland. This “universality” is what garnered its international appeal. Under normal circumstances, I’d dare you to enter any coffee shop in Brooklyn and not encounter the ubiquitous blue-and-green paperback. It’s clear there is a bottomless and voracious appetite for these stories.

This “universality” is a quality nearly every creator desires to imbue in their art. It’s a concept that goes hand in hand with true representation. Normal People, at its core, is about the people who are always assumed to be the norm: people who are white, hetero, cis (able-bodied, educated, attractive by Eurocentric standards). Everyone else is unworthy of the protagonists.
,There are nods to different identities, like class, made explicit through quiet but significant details: the “ciao”, Marianne says, making fun of herself for being the type of person who has a summer villa in Italy. The story of Connell’s cleaner mother and deceased school friend nods to the divergent experience of working-class people and the fact that Marianne’s world is completely blind to its own privilege is clear in the narrative.

When they’re on holiday this is confronted momentarily and Marianne apologises for not ever thinking about the economic disparity between them. “Sorry that was an ignorant thing to say maybe I should think about it more,” she says after licking her ice cream. It’s poignant because that is the sort of blind approach showrunners have taken to try to rectify the whiteness of the book. But they made all the people of colour in Normal People bad people.

In this world, there has always been a place for the normal people. For the other, that is, anyone who doesn’t fall within those slim, exact margins, a question remains: where’s the place for us?