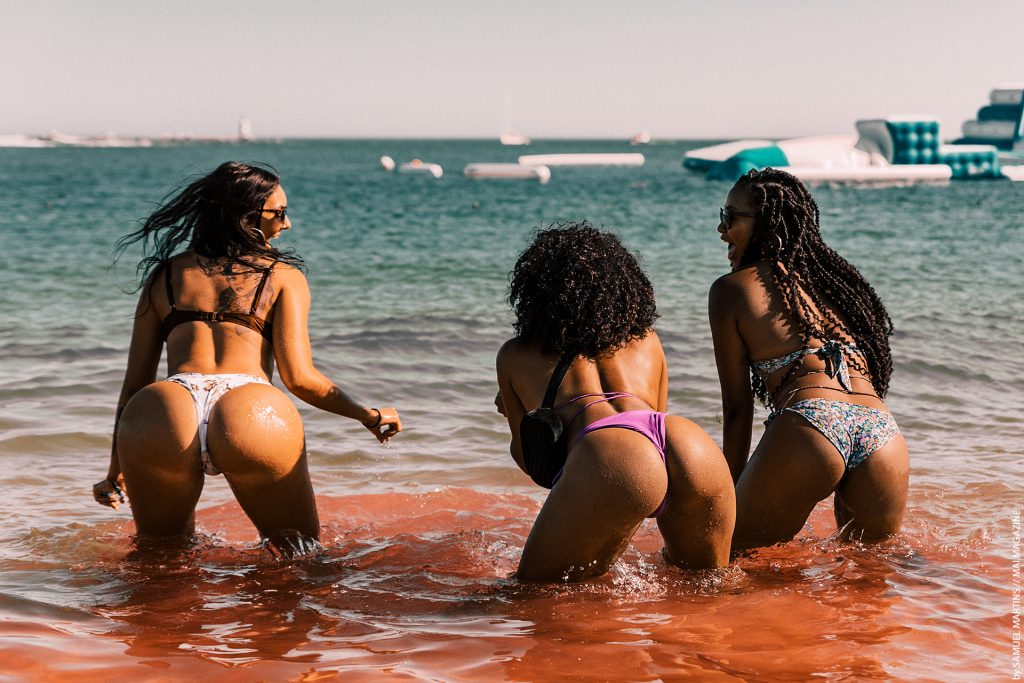 At the sickeningly early time of 3am last Thursday morning, I was about to catch a flight to join my peers in Portugal for the biggest urban music beach festival in Europe. Let me tell you, that early morning start was worth it. Afro Nation was a space predominately for black people and lovers of Afrobeats. A space where we could be ourselves uninhibited. A place where I could Zanku and Shaku to my heart’s content.

Afro Nation was certainly no “black Fyre Festival”. It did not feed into the stereotype of “black people timing” or mismanagement. Neither did I see any fights or stabbings (contrary to any mysterious prophecies from Twitter uncles). In fact, all I saw was black people living their best lives and enjoying all the festival had to offer. The organisers pummelled all negativity right into the sandy beaches of Portimão, the port city where the festival took place. They also solidified their position as formidable organisers of perhaps the first major, modern festival designed for black people.

Afro Nation felt like something for us, by us. We fucking did that.

My experience was positive in every sense. Right from the start of the festival when my girl and I collected our wristbands via a very speedy collection booth, to the pre-paid token system to buy food and drink which saved me fumbling for the right change in a foreign currency, everything was well thought out and organised. Buying food and alcohol from local supermarkets did save us a lot of money though, as drinks (say a double shot of Hennessy), cost around €6.50 inside the festival, and food (such as burgers, Portuguese-style wraps, kebabs and Thai) was about €5-10. If you wanted African cuisine, like jollof and suya, you had to pay for the VIP tickets.

The main stage, which was situated right on the sandy beach, was lit up with huge Afro Nation signage, ensuring that everyone knew we were here and came to enjoy.

The locals, who had never seen this kind of thing before (and certainly not this many black people in one place), warmed up to our loud music, good vibes and liberal spending quickly. They benefited from the presence of black people who were pouring money into the Portuguese economy. I didn’t know any apartment, hotel, spare room or even shack that wasn’t occupied. It felt like every car, scooter and boat had been rented out. People are apparently already booking for next year, but if you’re savvy, you should be able to find an apartment or a room for a reasonable price.

Dressed in attire that had everyone staring non-stop, we were making a clear statement: we are proud of who we are. Women splashed around in glittery bikinis and men danced it out in Ankara print shorts. Even at Heathrow Airport, my kinfolk were oozing style, checking in luggage filled with clothes. There were fresh trims and travel-luxe outfits.

But as for the music. If you have been following Afrobeats, you’ll know it has come a long way, and Afro Nation showcased that evolution front and centre. My favourites Burna Boy, Wizkid and Davido came to shut it down.

While Dbanj easily had the best performance (he brought out an amazing dancer during his performance of ‘Give It To Me’), Burna Boy performed like a rock star. He’s come such a long way in the Afrobeats scene thanks to his consistency and brilliant collabs. Why wouldn’t he want to show off? His live band was amazing and it was a huge shame that they had some technical issues with the sound.

For all the criticisms of Davido’s screeching (aka singing), the man knows how to get the crowd going. He played favourites like ‘Dami Duro’ and ‘Fall on You’ and even bucked the stereotype by being a mere 10 minutes late.

JHus’s performance was far from perfect, but it brought a tear to my eye to see him back on stage where he belongs. This was his first proper solo performance since being released from prison for carrying a knife. He promised the crowd to get back to the music and leave the past behind him. I was more than proud.

Other UK stars like Yxng Bane, Ms Banks, Not3s and more, brought the distinct “Afro-fusion sound”. And Nigerian-American stars like Jidenna emphasised that Afrobeats was making waves in the US too. The genre has gone global, baby.

This was also clear in the 20,000 plus attendees. Where I had thought I’d only see the whole of London (which I did), I also met people from across the African diaspora, plus a few non-black attendees.

Let me remind you again that this is the very first time something like this has ever been pulled off. Organisers such as Smade put all the sceptics and critics to shame. Afro Nation was executed in the most excellent way. It did what it said it would and more. The festival has set a clear precedent for major black festivals in Europe. It can be done and will be a success. I don’t know anyone that came away from these four days without creating unforgettable memories.

If Afro Nation in Ghana this December is anything like the one in Portugal then the festival will add to a strong legacy. We will continue to support any space that celebrates black people for future generations. Four days since the start of the festival, and I’m sitting in my hotel room finally emerging from a fun, booze-filled blur. Reminiscing on what can only be described as a pure celebration of our brilliance.