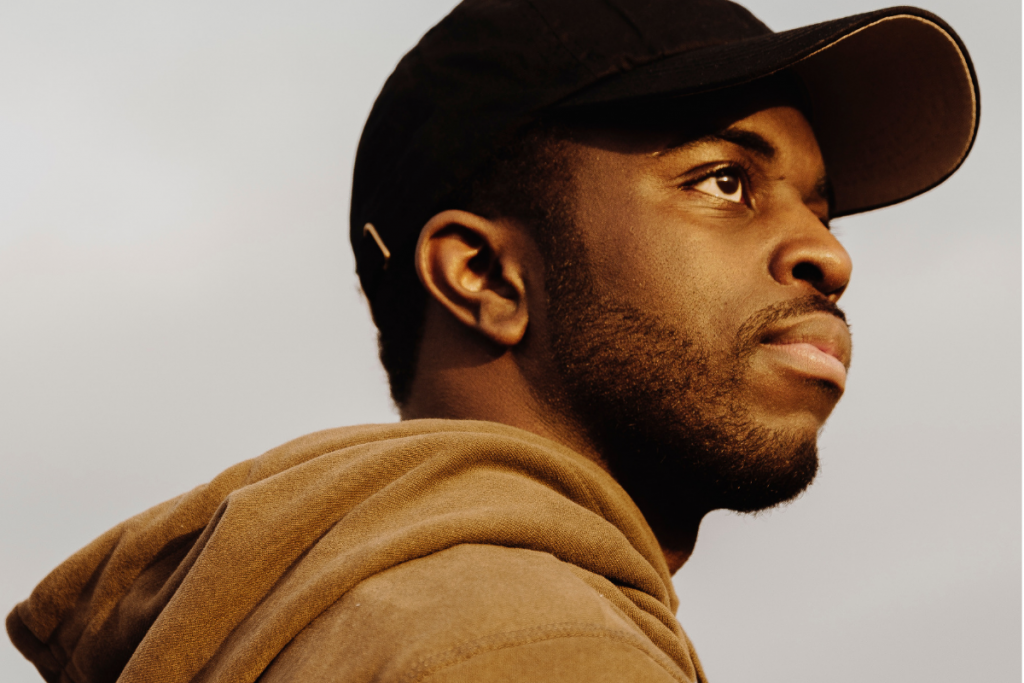 When we talk about the Newham music scene, chances are your mind leaps to grime. But in recent years, pianist and producer Alfa Mist has emerged as a sublime talent from the East London borough.

With both his Nocturne EP and his debut album Antiphon, Alfa’s jazzy piano and hip-hop beats were really just spaces for him to make the music he wanted. What he was not expecting was people to really care that much – but thanks to one of those YouTube algorithms that no-one really understands, the amazing Antiphon was soon huge (at the time of writing, it has almost six million views on the video platform).

The album featured cuts of his brothers in conversation, talking everything from relationships to mental health over rich, immersive beats. Now his second album is here, and sonically he’s raised the game – Structuralism is soaring and ambitious in scope (he’s done the arrangements for a string quartet), and this time features words from his sister, discussing communication within the black community (“She’s basically on it because she listened to my brothers on Antiphon and was like, ‘Why am I not on this?!’”).

Speaking on the phone, we caught up with Alfa Mist to talk about family, mental health and, of course, the music.

gal-dem: Can you tell us about how you got started – were you a musical kid?

Alfa Mist: I don’t have any musicians in my family – I didn’t really start playing an instrument until I was 17. I used to make beats back in secondary school days – I’m from Newham, so I was making grime because that was what was around. That was the culture. I was making hip-hop as well, and those beats were sampled – and then when I started listening to the stuff that was being sampled, I realised that stuff was good and very different from what I had been trying to make. There was this whole world of music I was sampling – classical music, Indian classical – and jazz was the most sort of important thing. Listening to J Dilla and Pete Rock, they were jazz. Anyway, I decided to learn piano when I was 17 because I wanted to really get the music I was listening to, so I thought let me try and learn it. I didn’t do A-level music or anything, so I taught myself.

What are your feelings on the ‘London jazz scene’ label? I feel like it’s becoming a bit of a buzzword, but it does feel like music that falls under that umbrella is getting way more popular.

If I’m in Europe and people are asking about the London jazz scene, it’s weird because I’m not part of that. I didn’t go to Trinity – I didn’t even know what a conservatoire was when I was at uni. I came out and was like, ‘there’s a place you can just study music? Why didn’t anyone tell me?!’. I’m so removed from it, but my music puts me there. So I never really know what to say, because I can only speak to what I do. But one big thing that’s changed is how everyone can put stuff out online, without a middle man deciding what gets played – there have been lots of ‘jazz’ projects going out, and there’s not a limit anymore. Lots of people who stumbled on Antiphon weren’t jazz fans, I just got crazy views thanks to YouTube’s algorithm – like everyone who’s part of the scene seems cool, but that label isn’t how I got heard.

“I didn’t even know what a conservatoire was when I was at uni. I came out and was like, ‘there’s a place you can just study music? Why didn’t anyone tell me?!’”

If you don’t consider yourself part of that scene, who do you tend to work with?

I like working with people who are close to me – everyone who plays in my band has been on a project with me. I collaborate with my guys – Jordan Rakei, Tom Misch, Barney Artist. It’s good to do things with family, basically.

I read that you self-describe as introverted, which I guess explains working with people you’re close to.

I’m not really too social or emotional in person, so I try to get that out in my music as much as I can. I’m still trying to make introversion work. It’s productive when I’m making stuff, but not when I’m trying to show it to people. I think people think I’m being stand-offish, when actually I’m just not extroverted.

There’s that really great line your sister says at the opening of the album, about how you shouldn’t judge people because we’re all unfinished – and how everyone is constantly unravelling.

I thought it was really interesting. We decide things on the spot when we meet people, but it’s a nice thing to aspire to – to take the time to understand where people are coming from.

Is it ever kind of scary putting that stuff out there – these very in-depth conversations with your siblings?

It’s never really that scary – because when we’re recording that, you’re just talking to your family, name drops all over the place, everyone just being honest. And I pick out themes and ideas from that – I don’t think it exposes them in ways they wouldn’t want, but it puts out certain opinions that have been prevalent in my life. Essentially it’s a podcast mixed with music.

I can only speak to my personal experiences of mental health and how, in South Asian communities, there’s still a lot of stigma, so we don’t really talk about it, especially with our elders – is that at all true for your experience of being a young black British man?

I think there’s a level of being black where there’s an expectation of strength or being tough-skinned. And especially me, where I’m born in Newham but my mum was born in Uganda – you’re in someone else’s environment so you have to have your guard up in some way. When you think about it, our parents’ lives have been mad! My mum had this whole journey where she had to be strong, she’s been through unimaginable things – and I’m on my own journey, but through my mum’s perspective certain things may not seem like a big deal. You’ll get told to just cheer up, or be strong. Then also on a religious level, mental health is so quickly replaced with demons. So I guess in my work I’m trying to explore all that – because we haven’t been able to communicate when we’re feeling certain ways.

“When I go to Uganda they can smell the British on me, and people don’t rate me as one of them, but then I’m here and I’m not one of these guys either”

Can you give me an example of that on Structuralism?

There’s a track called ‘Jjajja’s Screen’ – ‘jjajja’ is grandparent [in the language Luganda, spoken in the kingdom of Buganda], and the screen refers to how she couldn’t speak English and we couldn’t communicate at all. I didn’t have a relationship with her, because we couldn’t understand each other. Like the grandparents’ place in a household is meant to be warm, but I couldn’t relate to that because I could never have that relationship. But I guess you don’t know what you’ve missed if you’ve never had it. The whole diaspora thing is something I want to explore in my music – when I go to Uganda they can smell the British on me, and people don’t rate me as one of them, but then I’m here and I’m not one of these guys either.

I think there are so many of us now in that weird third space.

It’s like, you’re everything but you’re nothing. I guess it’s an ongoing search, for all people of colour in Europe. And I wanted to explore that space on this album.

You’ve touched on your relationship with Uganda – is there any way that you think those roots manifest in your music?

I haven’t engrossed myself in the music scene or culture over there – but when I was growing up, I think that stuff has sunk in, but I wouldn’t want to claim it. It’s maybe in the mood of my music, but there are no direct rhythms or anything. But being Ugandan adds to who I am, I’m not distancing myself from that. And in my music, I’m trying to be as much myself as I can be.

Structuralism is out now on Sekito. You can listen on BandCamp.