All hail Amber, the Love Island people’s princess who showed us how to have our hot girl summer 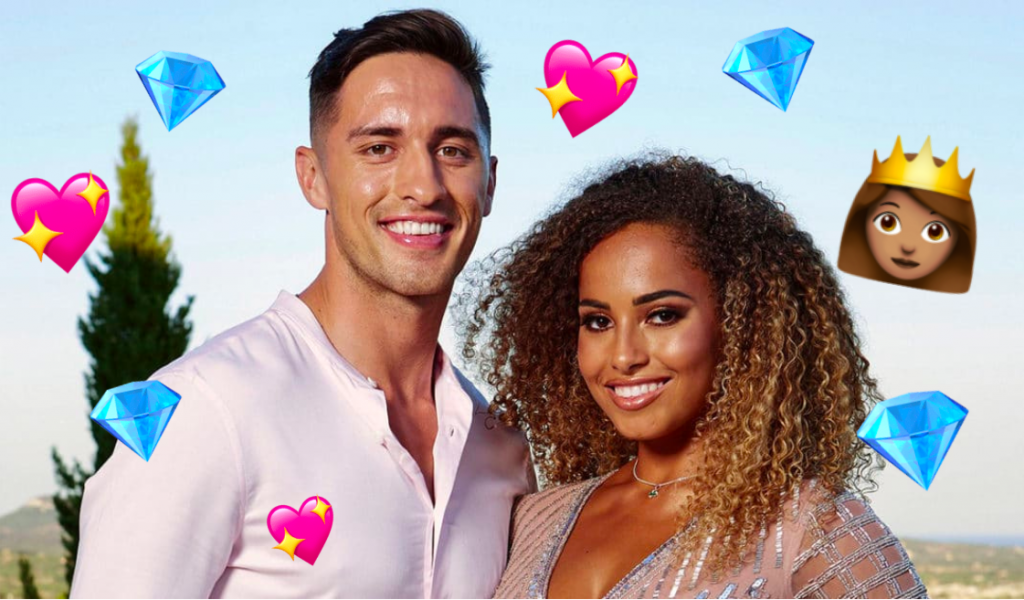 Watching the Love Island final last night was a cathartic release better than any orgasm I’ve ever experienced. Not only was I freed from the bondage of a 9pm curfew, but justice was truly served as Amber Rose Gill won Love Island for Black Twitter, and for any woman wronged by a selfish, narcissistic man.

Amber’s storyline is one I’m not ashamed to admit I was overly invested in. After going through a breakup that mirrored her exact situation, I needed guidance. How do you pick yourself up when someone you were in love with abandons you without real warning or reason? So many of my self-deprecating tweets about my failed relationship were mistaken as support for Amber and thus my obsession with her and her success began.

The long-standing feud between Black Twitter and Fiat 500 Twitter (a subculture defined by their ability to gain thousands of retweets by sharing stories of heartbreak followed by a gentle and sometimes patronising “x”) always rears its head during Love Island.

We were rooting for our couples; Danny and Yewande, Amber and Michael and Anna and Jordan, whilst they had pretty much everyone else in the villa, mainly Molly-Mae and Tommy. As the show progressed, the Love Island African and Caribbean Society began to fall apart and rumours of Fiat 500’s Molly-Mae faking her love for Tommy began to grow. We need a new hero, a new girls’ girl to root for. There was no one other than Amber, our queen, that rose from the pit of rejection so gracefully and taught us all how to bounce back in style.

On Amber and Michael’s first date, Amber jokingly said Michael looked like he would “ruin a girl’s life” — little did she know, that’s exactly what he would try to do. The relationship initially seemed like a win for Black Twitter. We were finally getting the black love we deserved on the show.

You could tell Amber was completely invested, coming out of her self-titled “ice queen” shell and admitting that she didn’t think her “head will be turned ever”. We had our couple to ride for and all seemed well. However, not too long after, Michael decided to do what all emotionally-stunted men do instead of admitting their feelings: make arguments out of the smallest things so they can build a case for their exit.

Before we knew it, Casa Amor came around and of course, the People’s Princess Amber decided to remain faithful to her man. However, Michael, on the other hand, revealed a more sinister and side of him in this strange Jekyll and Hyde display telling the new girl that Amber was “childish” and he felt like he had to “bite his tongue”, which was news to pretty much everyone. I will never forget watching THAT episode, waiting for Amber to walk back into the villa to claim a man that didn’t want to claim her. It took the spirit of every ancestor to stop me jump-kicking my own TV though the wall. The world felt like it had stopped, nothing made sense, and the jazz music stopped playing.

Michael embarrassed himself on national TV. Watching him spill drinks down his blouse like Love and Hip Hop Atlanta, and yelling “CHALDISH” at Amber while stood on his tip-toes, peaked my cortisol levels. I almost passed out from stress. I was even more enraged when he told Amber to stop “shouting” when she couldn’t get a word in edgewise.

Michael made a concerted effort to break down all of Amber’s walls, only to then dump her and get mad at her when she didn’t respond in the way he wanted. Somebody, anybody, make it make sense? The Amber and Michael situation is one that we have heard so many times, it even sent Black Twitter into a complete frenzy, with people admitting their worst heartbreak stories after sex blogger Oloni asked Twitter users about a time they had been “Michael’d”.

Michael thought he could absolve himself of his very gross behaviour by apologising to Amber and trying to win her back, but The North (Read: Black Twitter and Amber) remembers.

When faced with a surprise re-coupling, Amber did an incredible, powerful thing: she chose herself. It is so easy to run back to toxic relationships with people who don’t really deserve us, especially when they decide to abandon us without a real explanation. Let the story of Amber be a lesson to us all: if you have just left a relationship where someone you thought you knew and loved gets up and 180s on you, please for the love of God, do not turn back. I promise you — your Greg and your £50k are just around the corner.