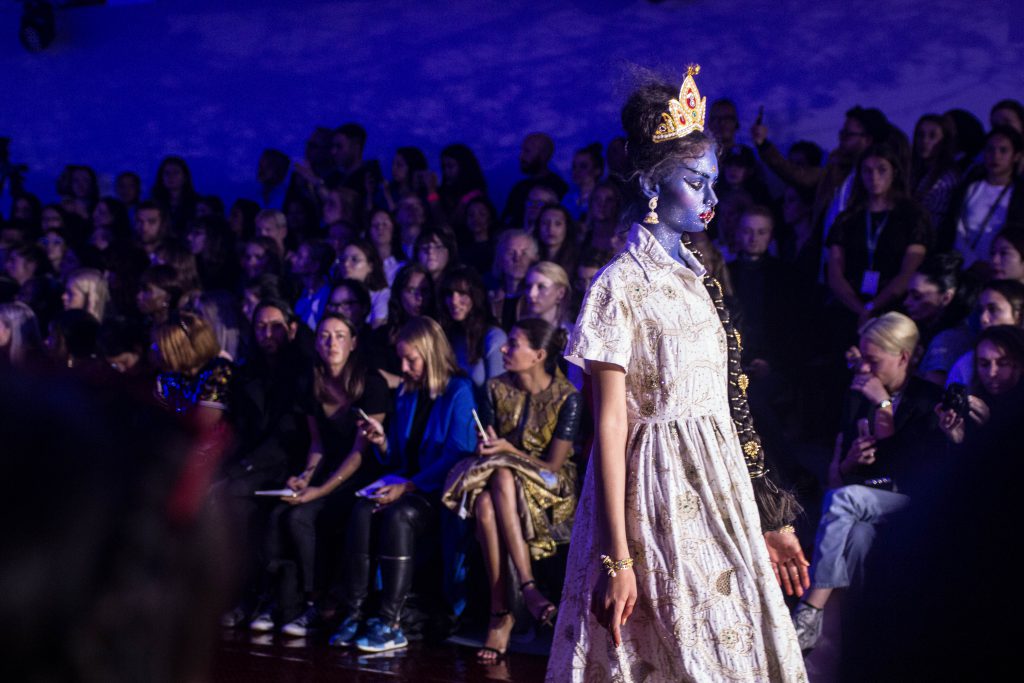 At easily one of the most anticipated shows of London Fashion Week, the show-goers sat in the BFC space that was transformed into a runway of fairy lights. The front row was – as always – packed with fashion a-listers who were adorned with sequins, paying homage to Asish, whose collection was about to be presented.

As we sat waiting for the show to begin, the mood was set with a calming melody of a sitar played by a blind man at the end of the catwalk. After a few moments of slipping into the peaceful song, the show was set as model of the moment Neelam Gill took to the catwalk, barefoot with ankle bracelets and an encrusted crown, with a veil to match – looking like a true Indian bride. Gill’s full red embroidered skirt was paired with a classic Ashish sequin t-shirt with the slogan “Love & Devotion” written across it.

Ashish Gupta, the Delhi-born designer decided to use this season to celebrate his Indian roots to the fullest – even using his final show appearance to wear a t-shirt stating “immigrant”. The Indian extravaganza was a burst of colour, happiness and a celebration of diversity. Traditional clothing such as sari’s and salwar kameez were heavily embellished as models were painting to depict Indian gods and goddesses. With a collection that was jam packed with so many beautiful pieces – denim sequin two pieces, embellished choli tops and embroidered kurtas. Model Richie Shazam was presented to us as the Hindu god Shiva flowing down the catwalk in a one-shouldered gown carrying a python to make a grande finale.

In a world where fashion still lacks diversity, I praise Ashish for bringing his culture to the forefront especially with the recent rise of hate crimes post-brexit. Though he has faced some backlash from the collections for his use of white model – I believe this sits on the side of cultural appreciatation as opposed to appropriation. 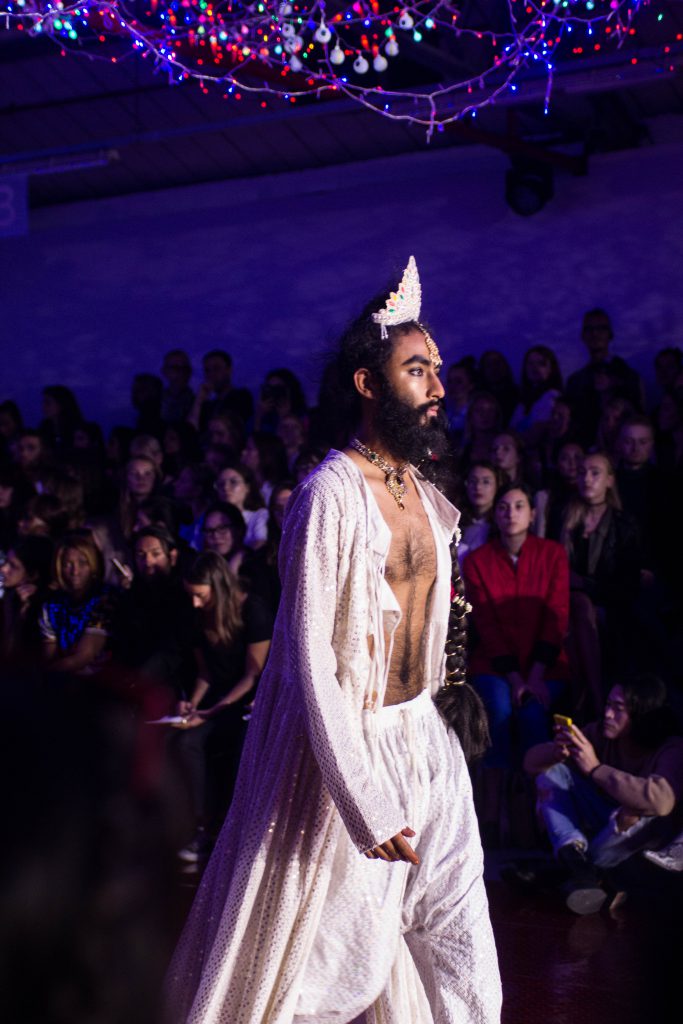 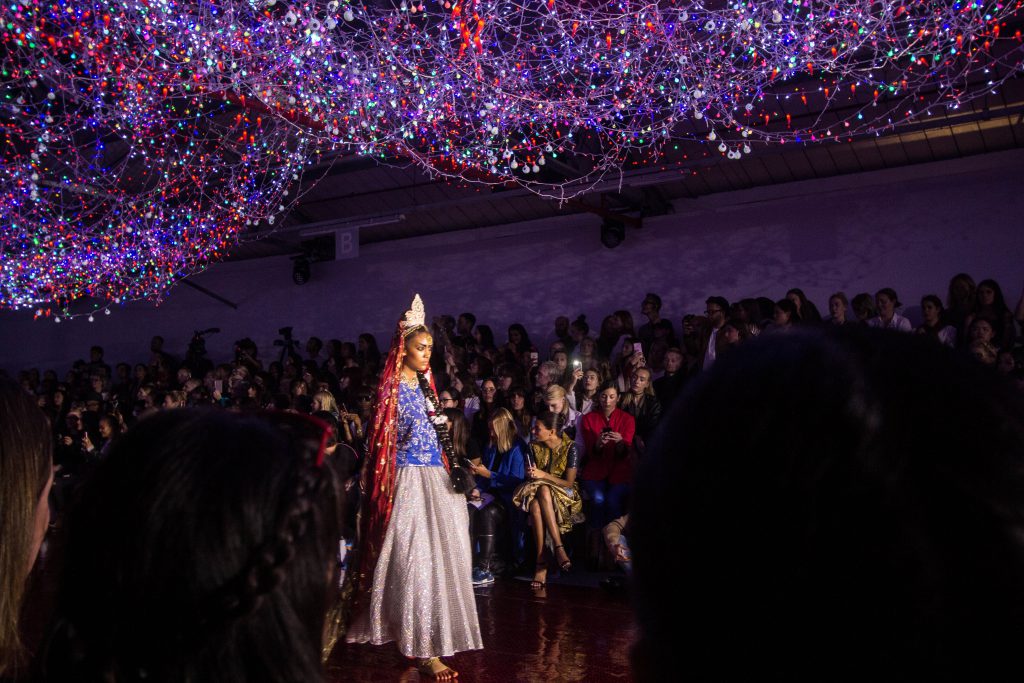 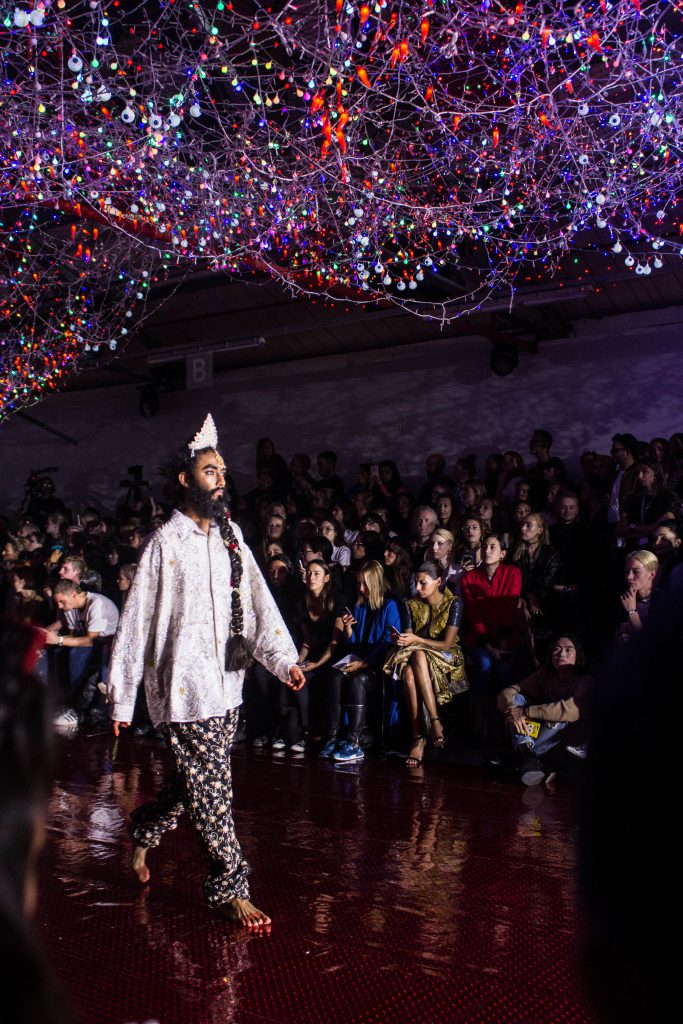