Black History Month: the most problematic time of the year? 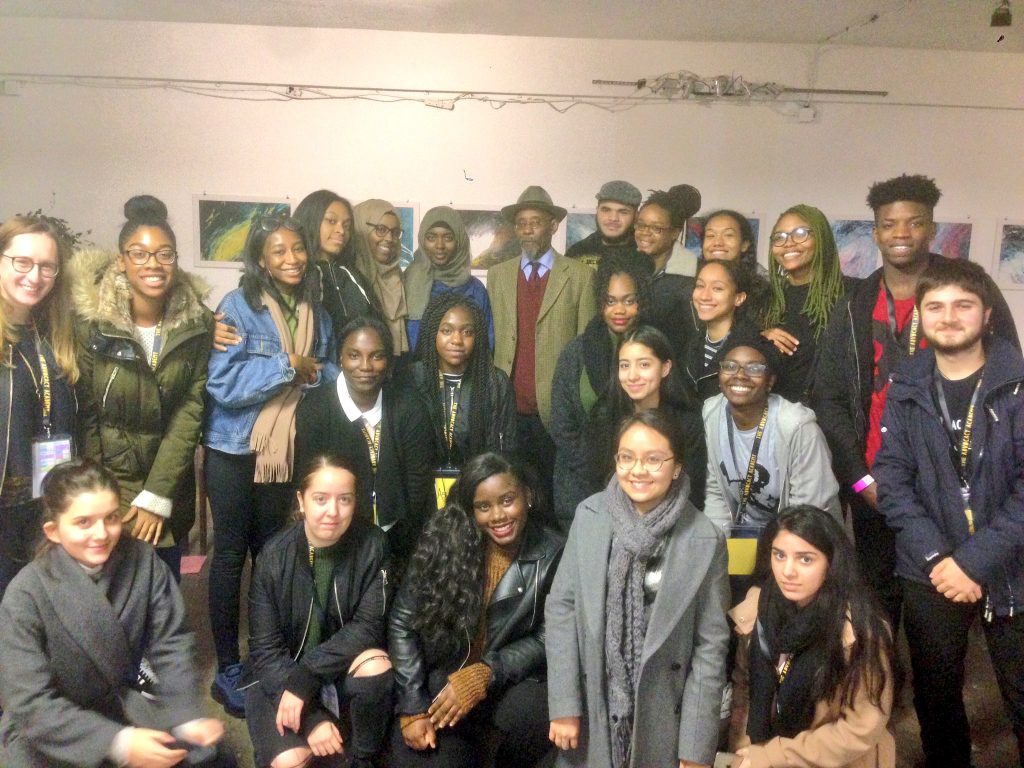 I love October! Not only because it falls in the month of my birth, or because it’s Breast Cancer Awareness Month but because it’s the only time I can be extra with my blackness and get away with it. Black History Month is arguably my most favourite time of the year.  But, I also find it the most problematic time of the year. This is the month in which we should be celebrating black people, our heritage, and our accomplishments; but instead our history has been chipped away and altered allowing someone, somewhere to think Zayn Malik is an appropriate choice to represent us.

Anyone that knows me knows I love to talk about being black, particularly being a black woman. Black History Month is supposed to be a month in which I can openly discuss black British history. Instead, it seems to have become a time where some schools tokenize us, and in doing so silence our criticisms about the lack of diversity in the history we are taught.  Some of us were lucky enough to learn about Martin Luther King Jr, the civil rights movement and Nelson Mandela. I was personally educated in the Caribbean, but this is the common rhetoric from my friends who have experienced the British school system’s take on black history.

Why I find Black History Month to be so problematic is that as a black British person, I didn’t learn my own history until I did some research.

My primary school, St Judes. C.E., was located in Lambeth, not far from the predominantly black community of Brixton. Thanks to the location of my primary school in relation to Brixton, I by law was required to learn about Windrush. Imagine location being the sole reason why I was taught about this part of black history. Even then, I didn’t learn about what came after the Windrush generation arriving to the UK until about a year ago.

I started volunteering at an Oxfam bookshop near my house in January 2014. The manager, ‘my G’ Gavin, was a 39-year-old Scottish man with a love of old school hip hop. He introduced me to De La Soul and for that I’ll be forever grateful. I then applied to be head girl at my sixth form in the summer of 2015 and the application required me to cite my role model. Jemmar being Jemmar wanted a black woman, and as I discussed with Gavin, a black British woman. As much as I loved Oprah or Beyoncé, I had, as I’m sure many other black British women had, grown tired at looking towards our sisters across the pond for inspiration. Gavin unknowingly changed my life by telling me about one of my now-favourite people, (she comes a close second to my mother,) Olive Morris.

Little is known about this amazing woman. Olive Morris was a black nationalist, feminist, activist and squatters’ rights advocate. Her being Jamaican and based in Brixton, South London, #endz, meant she instantly became my idol. Ms Morris led me down an unforgettable path, leading me to discover the likes of Una Marson, who was also born in Santa Cruz, Jamaica and went to Hampton School, #properendz.

Olive Morris was a founding member of the Organisation of Women of African and Asian Descent, a member of the British Black Panther movement and, with Liz Obi, a founding member of the Brixton Black Woman’s Group, which was established right on my road.  The black power movement’s headquarters were also based on the road I live on. The organisation was short lived but there is enough information to know about its members: Morris, Darcus and Leila Howe, Liz Obi, and a certain Linton Kwesi Johnson. Mr Johnson was a poet and activist, and as an artist he used his work to share the experience of the black British people at that time. He is the second living poet, as well as being the only black poet, to be published in the Penguin Modern Classics series. In an interview with the Guardian, he described his work of writing the black British experience at the time as a political act. At this point, I became aware of the history commonly overlooked which had all occurred in Brixton.

Mr Johnson also happened to be my neighbour. A man who lived in the same borough as me for most of my life, and was literal walking history, but was someone I had no knowledge of until my boss happened to mention Olive Morris. Today, I can call Mr Johnson a friend as he has given me a postcard, a congratulations card, a ‘going off to university’ book, and an offer to explore his personal library. I even invited him to come to my sixth form to give a talk, where he spoke about coming over from Jamaica at a young age and how when growing up his generation refused to tolerate the racist society in which they lived. He explained his journey to becoming a poet and recited some of his poems, which refer to significant events in black British history such as the New Cross massacre.

Having such incredible history so close to home opened the door for me to consider what other local history surrounds me in Brixton. Olive Morris and Mr Johnson, along with C. L. R. James, all had important parts to play relating to the black British experience, and this all took place on my road.

So to take my own personal encounters with local history as an example, you can understand why I find Black History Month so problematic. Why are only certain aspects of black history condensed into a single month, while other aspects, arguably more relevant to the everyday black British experience, are ignored? So much history without which I probably wouldn’t have been able to live where I did, attend the schools I went to, or even have been able to walk around vibing to Beyoncé as I do most days. How could I have walked around my area completely unaware of the history embedded under my every step?