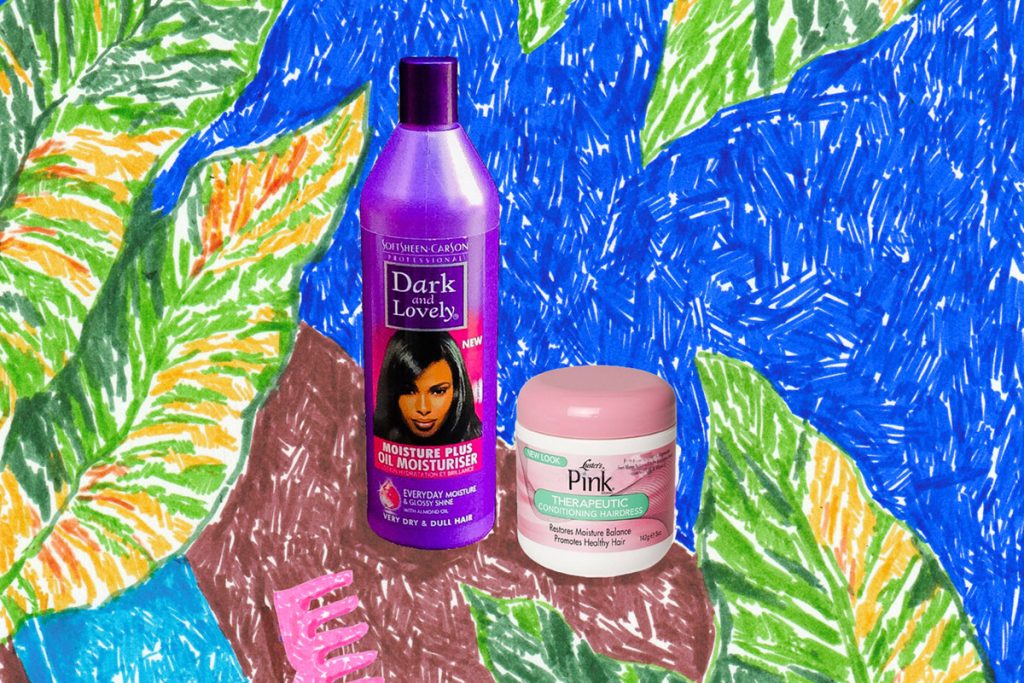 “Who smells like cupcakes?!” I heard a female colleague say one morning, as I went to sit at my desk. I knew she was referring to me, as I’d just bought a new leave-in conditioner from Shea Moisture to trial out. This was the dead of winter, you see, so I was searching for a product that would make me look less like I had a piece of tumbleweave perched atop my head and more like a Dark & Lovely poster girl.

That same morning, after I’d confessed that the cupcake scent was indeed coming from me, a male colleague gave his two cents: “Hmm, I feel like this is what a gentleman’s club would smell like after they turn the lights on.” Now, I’d like to say that that was the first and last instance of someone shaming me for the smell of my hair, but I would be lying if I did. From trying to make a cuppa at work to doing the weekly grocery shop, I, and many other black women, have been accosted for the aroma of our hair in numerous public situations.

Nowadays, tales of being unjustly reprimanded for the way we style our hair routinely appear in the media, and, shout out to Solange, “Don’t touch my hair” is pretty much an aphorism in its own right. But while prejudiced tongues and wandering hands have been exposed, little has been said about the noses which forcibly bury themselves in our business.

There’s nothing quite like being on a night out when an overly inquisitive white man decides to interrupt your evening by uninvitedly plunging his nose into your hair. Even worse still, some like to rub a section of it between their fingers before proceeding to sniff their hands – all as a means of supposed flirtation. “Ah, I smell coconuts. I can imagine you in a bikini under a waterfall in the Caribbean right now with hair like that.” Cool, thanks for imparting your racist sexual fantasy, random guy.

As you can see, much like ridiculing afro-textured hair has historically been used as a means to encourage self-hatred amongst black people, the way a black woman’s hair smells has also been weaponised against her. As a child, I wanted to have my hair washed with L’Oréal Kids’ fruity shampoos because they smelled like corner shop pick ’n’ mix – not have my scalp greased with the overpowering odour of shea butter, simply for fear of what others may say about it. Even as a teenager, I’d rather that my strands had that faint burnt aroma that’s symptomatic of hair that’s been damaged through straightening, over smelling like any of the products that my mum had bought to protect it.

Kimberely Cowans, the owner of natural hair care brand Skimdo, explains that there’s an inherent bias when it comes to products aimed at black women. “I find the smell of hair products aimed at black women so pigeonholing. They’re bottled in gold, green or purple packaging and either have a tropical pong, are sickly vanilla-sweet or densely musky. It’s as if to say: ‘You’re black and you should smell exotic, like back home’,” she says. “Hair products aimed at white women come in white or pastel shades with no pearlised finish and range from smelling safe middle-of-the-road floral to clinical clean with the word ‘ocean’ on the bottle. There’s something very unsavoury about this arrangement.”

Although Kimberely’s Skimdo range includes the strong-smelling ingredient jojoba seed oil, which she outlines as a key reparative protein, she explains that the natural ingredients themselves are not the issue. “These ingredients have been used for hundreds of years across Africa, the Caribbean and South America, to moisturise and repair the often dry and rough texture of afro and curly hair,” she says. “They’re heritage ingredients, but you can tell that their fragrance is sometimes amplified synthetically to boast of their inclusion.”

Now, this may be the case in regard to certain old-school brands, but Kimberley explains that new-age black-owned businesses are changing the status quo. Instead, companies such as Afrocenchix, Alaffia and Talia Waajid are offering black women nourishing, fragrant products in minimal packaging that are a far cry from the stereotypical selection that has occupied the shelves for decades.

In the last few years, the natural hair movement has swept across Instagram, as a larger proportion of black women have begun to embrace their natural hair and rock traditional styles unashamedly. As a result, the demand for black hair care products which protect and promote natural hair has surged. This has meant that black women’s beauty needs are finally being catered to in a space that once exclusively existed for white women.

Personally, I never thought I’d see the day when I could walk into a Boots or a Superdrug and see an extensive section dedicated to modern black hair care brands. Hopefully, this shift in what consumers see on the shelves means that non-black people will become familiarised with black hair care products, and the need for unnecessary remarks will be quelled. So, in an age when black women are still largely told that the “Beckys” are the only ones that can achieve “good” hair, others will finally be able to see that we Cantu.