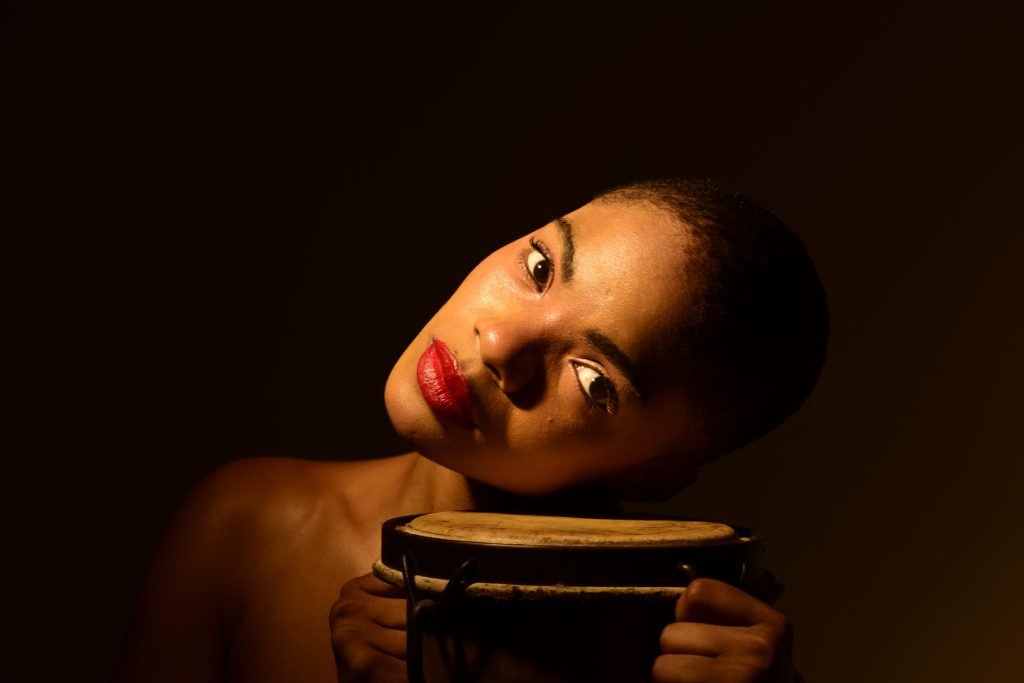 If you’re looking for new songs with feel-good rhythms to awaken your soul, look no further. Brenda Navarrete has been internationally identified as Cuba’s freshest shining star. She effortlessly holds a unique foundation of Afro-Cuban soul combined with a touch of Latin jazz to deliver nothing short of powerful.

Standing tall as one of Cuba’s current most influential musical genius, Brenda has not only worked with an array of Cuba’s most renowned and elite artists such the Afro-Cuban percussion troupe, Obini Bata, jazz musician Joaquin Betancourt, Alain Perez, Munir Hossn and as a singer with the internationally acclaimed band Interactivo. Her style has further developed from exploring other artists connection to the warm, fluent feel of Cuban music and its natural jazzy rumba, during musical features and holding the role as a band leader.

The Cuban-based singer-songwriter, composer, percussion instructor and secret dancer withholds multiple talents and is constantly striving to increase her skill development; and not just musically. After deciding that music was the key to unlocking her free-spirited nature from the age of nine, Brenda constantly strives to combine her rare talents, musical originality, relentless energy and authentic cultural origins into every single project, thought and performance without fail. Her distinctive quality is confirmed by her deep intellectual knowledge of the history of universal music, and being fortunate enough to be strongly trained in various elements of music whilst growing up in a culturally exciting and experimentative musical background.

“When I was a little girl, my sister and I loved to listen to jazz greats like Sarah Vaughan, Ella Fitzgerald and Billie Holiday… All that energy and the different rhythms, colours and styles of Afro-Cuban, Latin jazz and world music have inspired me as a composer. I adore Cuban music and mixing all of those styles together with traditional Cuban music is powerful and exhilarating.” Brenda’s pride in her own culture has confirmed her ability to create such a wholehearted, beautifully fierce debut album. Mi Mundo portrays this pride for her culture and her deep ancestral roots through the use of her bilingual sounds and own hand-crafted instrumentals, presenting an exhilarating and seductive melody you could not feel fatigue around.

Ready to take on the world following Mi Mundu’s release earlier this year, Brenda’s non-stop musical journey has led her into conversation with gal-dem during the first-leg of her international tour ‘Havana Meets Kingston, to discover more about this ambitious, spiritually awakened dreamer.

gal-dem: Do you have any pre-performance rituals before the magic starts?

Brenda: Yes, it is very important to me. I sit, breathe a big deep in and a big deep out followed by quick meditation and some exciting vocal exercises, then action… I am ready to create magic!

How would you describe your music to the world?

I would say a huge mix of Afro-Cuban, Latin jazz…some gospel influences and I use deeply spiritual drum beats. I stay true to my culture and the earth through my music.

What is the inspiration behind your unique sound?

I love to represent my culture, soul and everything about Cuba. We have a very rich rhythm and powerful spiritual melodies with peaceful energy. My spirit is driven by my ancestral spirit and love is so important to me. I believe music is about love, equality, positivity and the beauty of rich sounds.

What is your next challenge or venture as an artist?

I have loads of plans! My biggest plan for after my tour Havana Meets Kingston I want to bring my music to Cuba more because my record label is in Canada you know, so it is difficult. But I will create a big show for my people and my country in September, featuring more talented Cuban artists which would be a dream.

You have so many musical talents under your belt such as a percussionist, singer, instrumentalist, performer etc. are there any other elements you have always wanted to explore musically?

I love to dance. Dancing is my favourite thing as well as music and I would want to include more contemporary and cultural dance with my music and performance. I also love to teach kids, I want them to know more about Afro-Cuban culture as well as discovering their own! It is very important to know where you come from, you know. I have not yet learnt but I would love to learn how to edit videos and photos, but I will do this slowly with patience.
Brenda demonstrates her strong earthly connection in her visual artwork for her music videos. A loving, creative and experimental environment seems to follow her every footstep whispering nothing but a harmonious melody with every take. Her personality gracefully reveals a powerful yearning and desire to explore the fullest depths of her identity as a woman, artist, and her inspirational homeland, which I am definite she will achieve and continually share with us through her ancestrally healing sounds.

The Havana Meets Kingston BBC Proms concert can be watched on BBC IPlayer and BBC Four from 11pm tonight.