Brexit: it was never for young people 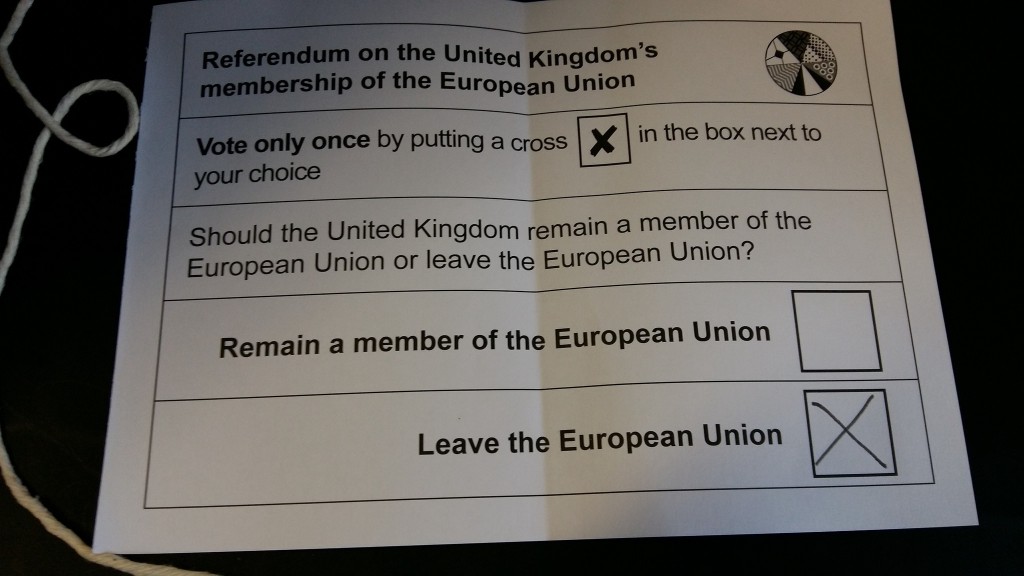 Yesterday, the UK decided to leave the European Union less than a month after Education Secretary Nicky Morgan stated that leaving meant young people would suffer the most. Though the response across the board has been very emotional, as young people, are we really that surprised?

This election saw the highest turnout since 1992, with 72 percent of eligible citizens heading to the polling booths. While some might call this a democratic success, who is this really a success for? Certainly not young people. We know this because 75 percent of young people voted to remain in the EU. But, as a result of this election, we have potentially lost the right to live and work in 27 different countries and we didn’t even ask for it.

Even so, can we really be shocked by this? After all it is inherent in our political system to tread on the hopes and dreams of young people repetitively. This isn’t anything we haven’t seen before.

In 2010, the first Conservative and Liberal Democrat (ConDem) government took office. Many young people and academics voted for the Liberal Democrats because of their promise  not to increase tuition fees. However, yet again, the concerns of young people were pushed to the bottom of the agenda and, despite much protest, now we are close to seeing even more increases.

There is a vicious cycle in which young people are let down by the government, become disengaged and are then ignored by politicians and branded as apathetic.

It is not only university students that have really felt the wrath of the government; school and college students have too. This government has pushed a strong agenda of academisation of many state-owned schools as a push to decentralise. This careless act has resulted in a fragmented education system with no reliability and responsibility. The emphasis on ensuring that maths and english grades are exceptional comes at the cost of allowing students to flourish in other areas. For young people, the state is incredibly polarising and has been for a long time.

Reflecting on Brexit, top dogs at both the International Monetary Fund (IMF) and the Bank of England have both waded into the discussion to say that, following a Brexit decision, we would be propelled into economic uncertainty and perhaps austerity. I still fail to understand that, despite the governor of the Bank of England – not just any bank but the Central Bank – saying that this is catastrophic, people still decided to opt with the economic knowledge of dear old Nigel Farage.

You see, to anyone with an ounce of sense this seems like a bad idea. However, history shows us that periods of economic downturn are often carried by the young. It is our benefits and support systems that get cut first whilst the elderly stay heavily protected by the state. The threat of austerity and economic downturn doesn’t scare them because we have to deal with the consequences.

We’re told that because the grey vote is strong and young people allegedly have no real interest in politics, we should expect to be bottom of the agenda. But over 1.5 million 16 and 17-year-olds are denied the right to vote; it is almost as if legislation itself was set up for us to fail. Despite the efforts of the British Youth Council – national youth council of the UK – campaigning for votes at 16 since 1998, the government refused 16 and 17-year-olds the right to vote in this referendum and silenced the voices of the young.

However, during the Scottish referendum, more than 100,000 16 and 17-year-olds registered to vote and they turned out in great numbers with 75 percent of young people reportedly voting. It is often thought that the extension of the franchise at that election was simply because it aligned with the political establishment at a time of great uncertainty. There was a lack of urgency around the vote to remain which is why it was so easy for politicians to see the youth vote as unnecessary. Congratulations, you played yourself.

Young people as of yesterday have been pushed into a place of uncertainty by the grey vote yet again. Whilst our economy is crumbling beyond repair we are now unable to flock to our friendly European neighbours for work with great ease. The future of our academic institutions are uncertain and the ability to have a fulfilling and enriching education is becoming a memory. It is also so ironic that millennials are perceived as inward-facing and aloof when we are the ones opting for more progressive long-term and sustainable options for the future of the UK.