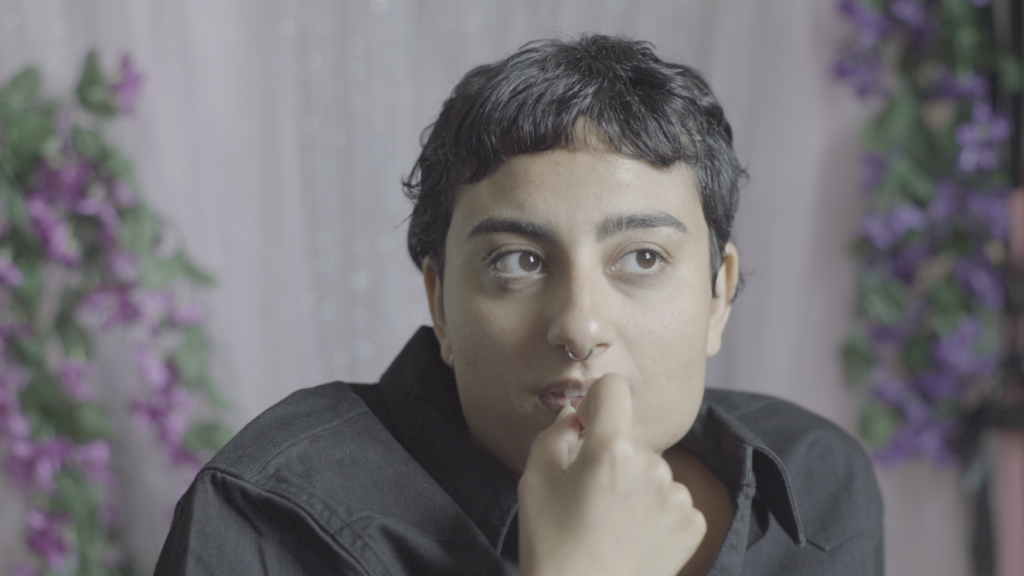 Produced in partnership with Levi’s

Cementing the histories of black and brown LGBTQI+ people in Britain is a critical and ongoing project and not one that exists just for Pride. Sadly, these stories are often left buried, forgotten or undocumented. But queer British history should be common knowledge and shouted about – not only to continue legitimising the existence of the community but to highlight the trailblazers who fought and dedicated their lives for the progression of LGBTQI+ people.

This month, gal-dem has teamed up with Levi’s and Queer Britain, the UK’s first LGBTQI+ museum, to change that. Through creating a documentary series highlighting four outstanding British creatives, we are adding to the growing narrative of queer British history. The new series will follow artist Joy Miessi, writer and performer Travis Alabanza, artist and poet Chloe Filani, and writer and DJ Aisha Mirza as they go on a journey to uncover queer history, their personal connections to it, and how these histories can help in understanding and finding our chosen family.

In the documentary series, you can expect to see all four creatives exploring different aspects of Queer Britain and speaking to critical figures who paved the way. In Chloe Filani’s episode, she reads poetry that centres around her identity as a black trans woman and speaks with Dorothea Smartt, a black lesbian poet and activist with roots in the black lesbian movement of the 1980s.

Joy Miessi visits the Camden Lesbian Centre and Black Lesbian Group archives in Glasgow Women’s library to follow the history of the archive from when it left London up to its current home. For Joy, these archives opened up a world of people similiar to them. “Growing up, I didn’t know many people like me. Maybe because I’m just used to not seeing anything about me or people like me, it feels to be unreal going through this stuff – this history of people who were like me.”

Aisha Mirza discusses the need for safe spaces and uncovers the evolution of queer south Asian clubs from the fabulous Club Kali in 1995 to Misery, their new sober club night for QTIPOC.

Lastly, Travis Alabanza will be returning to their home town of Bristol to discuss archiving and growing up black and gender non-conforming, and what it felt like to not see themselves reflected in the landscape of their city. “The archive is so few for us, so I think it ignores the real possibility that there were people like you before,” they say. “People are more complicated than we allow.” They talk to writer and historian Edson Burton and Sharifa Whitney James, Co-founder of Kiki and LGBT+ community development officer for Bristol Ageing Better (BAB).

When Pride comes around once a year it can feel like a tiresome bombardment of big brands co-opting the movement for their own benefit, brands that are suspiciously quiet in supporting LGBTQ+ rights or the community for the other 11 months of the year. Slapping a rainbow flag on products and cashing in off Pride can all feel tremendously frustrating and a far cry from Pride’s radical roots. Yet some companies are using their platform for good, and truly understand the importance of allyship, and we’re proud to be collaborating with one such brand in Levi’s. Being protective of this space, especially from large brands and corporations is necessary, but where we can and should actively (and not problematically) amplify much-needed voices in the community, we have a responsibility to do so.

Levi’s have a 30-year long history of supporting the LGBTQI+ communities and organisations far beyond Pride, using their platform for grassroots support, and offering critical funding to the organisations fighting for LGBTQ+ rights and cementing the histories of the community. And this year they will be helping Queer Britain by embarking on a three year partnership, starting off with a photo exhibition entitled Chosen Family, a theme that is laced throughout our gal-dem documentary series.

To sit alongside the documentary series, gal-dem will be holding a discussion on 27 June at Mercer Street hosted by Joanna Boateng, the film’s producer, with panelists Aisha Mirza, Chloe Filani, and Shivani Hassard. This evening will include a screening of the series and explore the themes of the documentary and the importance of continuing the legacies uncovered in each film.

Immortalising the voices of British LGBTQ+ communities is so important and one day this documentary series will be part of Queer Britain’s archival footage and reference point for future generations, keeping some of the hard work and stories of QTIPOC communities alive.

Visit the Exhibition at 9 Mercer Street, Covent Garden between 25th June and 1st of July, and sign up for tickets to the gal-dem panel discussion on the 27th June here.