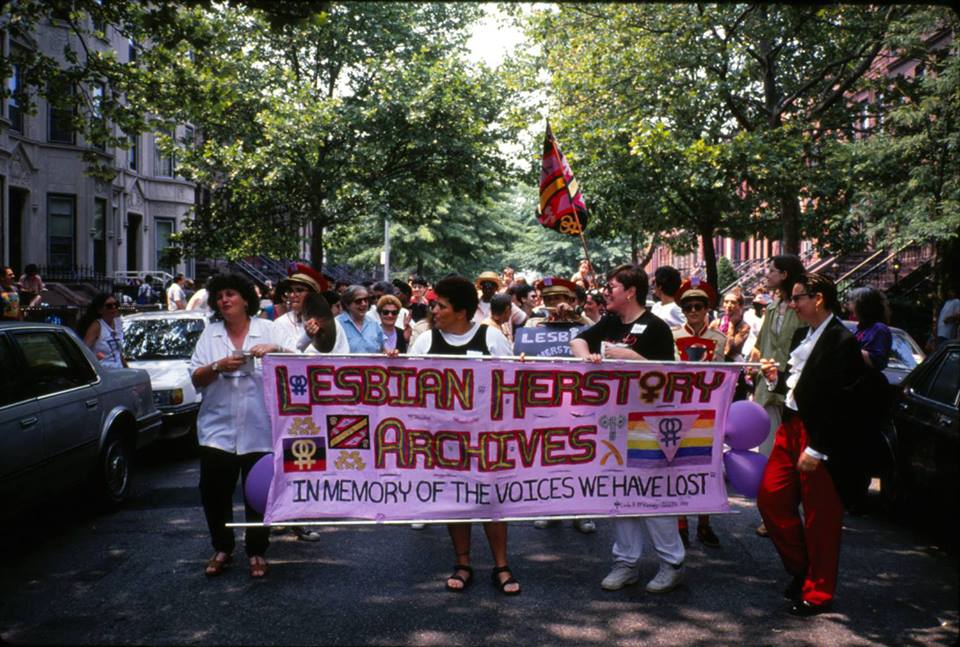 Three years ago I received a delivery from a great friend of mine who’d recently moved to New York. Inside the parcel was a booklet titled Black Lesbians in the 70s and Before: An at home tour at the LHA. The pages were covered in different handwriting and scattered with drawings, photocopies of documents, excerpts from newspapers and various other annotations. As I began to read, I was taken through an unfamiliarly familiar history of lesbian black women’s liberation and struggle, from ‘Jemima’, an independent black lesbian writers’ workshop birthed in 1977 New York, to ‘Azalea’, a magazine “by and for third world lesbians” to a 1978 article excerpt named “Some thoughts on black homophobia or you ain’t a proper niggah”.

The collage style print was curated and assembled by the brilliant mind of black archivist, creative writer and cabaret producer Shawn(ta) Smith and single handedly transformed my experience and association with a crucial side of herstory. As I continued to read I learned that the booklet was created within the Lesbian Herstory Archives, an outstanding treasure chest of resources made for, by and about lesbian women.

“Perhaps the greatest part of the vast selection is that it declares a radical departure away from the historically patriarchal approach to archiving and accessibility.”

Standing proud in Brooklyn’s Park Slope neighbourhood the Lesbian Herstory Archives is a volunteer run brownstone described as “part library, part museum [and part] community gathering space” dedicated to collecting and preserving records of the lives and activities of lesbians to provide future generations with easy access to materials relevant to their experience. The four storey building is filled to the rafters with the world’s largest collection of donated films, unpublished papers, books, tapes, poetry, photographs, artworks, banners, clothing, buttons, oral histories, and countless other items about lesbians across the world.

Perhaps the greatest part of the vast selection is that it declares a radical departure away from the historically patriarchal approach to archiving and accessibility. The collection pays particular attention to welcoming lesbians who wish to casually browse the collection “searching for an image of herself in our past” and in turn focuses the archive on reevaluating the lesbian experience to maintain an inclusive and non-institutional commitment to living history and housing the past alongside the present.

The non-profit collective states that all lesbians have access to the archives, race and class must not be a barrier for inclusion and that “no academic, political, or sexual credentials will be required for use of the collection”. The archive maintains that its place belongs within the community, fighting in the political struggles of all lesbians and sharing archival skills “from one generation of lesbians to another” in order to eradicate the elitism engrained in archiving. This admirable shift away from traditional forms has also meant that the collection has promised to never be sold or divided and always has a caretaker living on the fourth floor so that it will permanently be home to someone, rather than an institution.

A post shared by Lesbian Herstory Archives (@lesbianherstoryarchives) on Jun 20, 2018 at 7:50pm PDT

This magical idea for community collaboration began in the early 1970s inside the New York home of writer Joan Nestle. After participating in the creation of the Gay Academic Union, a movement formed to represent the concerns of lesbian and gay students, teachers and workers, Nestle and other lesbian members formed a separate space to discuss sexism within the organisation. Within this group the women discussed how much of lesbian past culture was only seen through the eyes of patriarchy and that this deserved to be subverted through a grassroots initiative. This groundbreaking plan began expanding its support and during the first 15 years the archive lived inside Nestle’s Manhattan apartment as she and co-founder Deborah Edel built trust within wider lesbian circles in order to keep the service free and clear of outside funding.

By 1980 other pioneering women, including historian Judith Schwarz and activists Georgia Brooks and Mabel Hampton, had joined the collective; bringing a wealth of knowledge and experience, including Brooks’ launch of the ‘Black Lesbian Studies Group’. By the mid 80s the archive had grown enormously and the group decided to fundraise to purchase a building for the collection. In 1993 the archive had raised enough support that it was able to purchase its permanent home in Brooklyn’s 14th Street.

Over the last 20 years the collection has grown enormously and the ways in which we view and consume archive material (and create social history) has too. The collections’ website offers virtual tours with descriptive passages to take you through the contents of each floor as well as providing a search panel to browse through content, easily split into geographical location, biographical order and subject matter. The archive has even offered travelling exhibits across the U.S and Europe for those unable to reach the brownstone and staying true to its word, volunteers share and continue the knowledge of archiving through an internship programme where women can learn how to register, record and organise materials within their chosen interest area.

A post shared by Lesbian Herstory Archives (@lesbianherstoryarchives) on Feb 6, 2018 at 7:27am PST

The volunteers and contributors of The Lesbian Herstory Archives have worked tirelessly to transform a lost and disdained plethora of experience into a tangible treasured history. The collection is a jewel that we should continue to support and preserve from near and far in remembrance of those who came yesterday, for those who need to see themselves today and in support of those whose struggle will not end tomorrow. As Joan Nestle puts it, “the roots of the archives lie in the silent voices, the love letters destroyed, the pronouns changed, the diaries carefully edited, the pictures never taken [and] the euphemised distortions that patriarchy would let pass”.

You can donate materials and money to the archives here: http://www.lesbianherstoryarchives.org/supportmain.html