Bun Theresa May and the DUP, and other things that go without saying 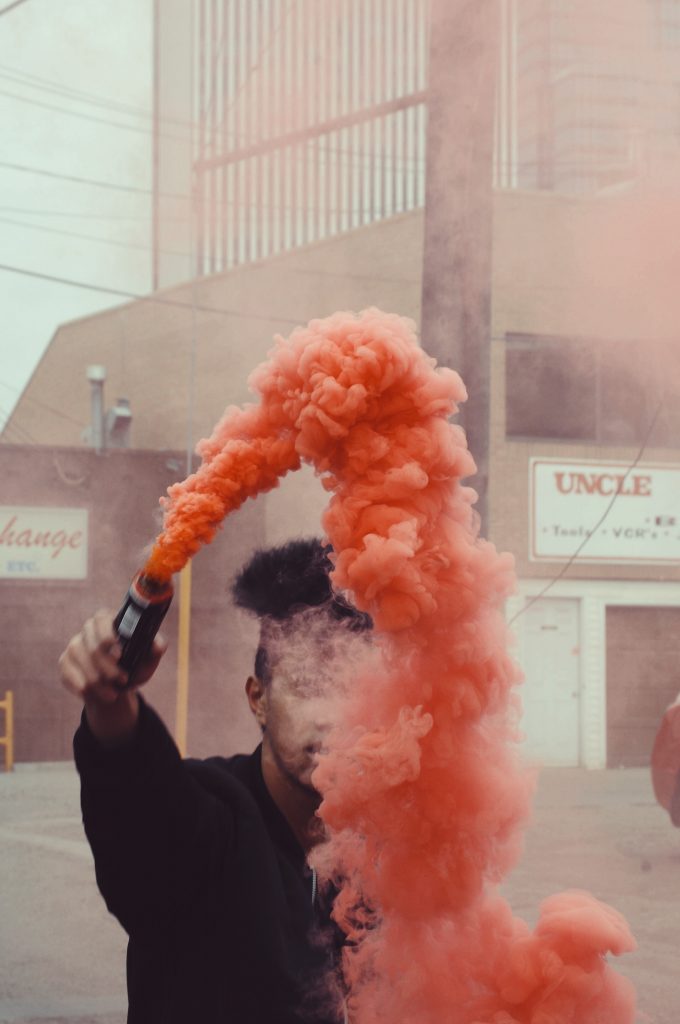 My grandmother is no longer with us, but her unwavering left-wing politics endure in almost every single member of my close family. A firm but gentle woman, she once said she would rather “cut off my own hand than vote for the Tories”. I was heartened, but not surprised to hear that such language had emerged from the mouth of a woman otherwise associated with elaborate knitting, gardening, and delicious blackberry crumbles.

But the hatred is real. A cursory glance at the Conservative Party’s 2017 manifesto reveals that the Tories have nothing to offer my friends and family, both young and old. Pledges such as a promised £178 billion investment in new military equipment, the creation of 10,000 “modern prison places”, and a “rape clause” which forces women to give evidence of sexual assault to claim tax credits for a third child demonstrates that the Tories are not out here for communities of colour in the UK. Nor are they concerned with our friends and families living in other countries who bear the brunt of Britain’s violent foreign policies- quite the opposite.

Early reports indicate that this election saw a 72% turnout for voters aged 18-25. That’s a massive deal, considering that the youth vote turnout in 2015 was 65%.  At this stage we can only speculate why the turnout was so high, and how the youth vote breaks down among different parties. It’s undeniable that organisations like Bite the Ballot worked tirelessly to give young people a voice in this election, through encouraging them to #TurnUp to the polling booth. Campaigns like #grime4corbyn brought the socio-political messages that have existed within grime and hip-hop since time immemorial into sharp focus, and for some young people demonstrated that politics is for all of us, not just landed gentry.

My younger sister, a languages student and one of the 18-25 demographic told me:

“Voting to try and get the Tories out was an absolute no brainer for me. Their policy to get rid of the NHS would have a detrimental effect on the entire nation. Jeremy Corbyn and his views really represented the opinions of a greater proportion of the UK, especially students like me”

A friend who is a London-based fashion assistant also in this demographic agreed:

“I just knew I agreed with Jeremy Corbyn’s policies and Theresa May seemed to have left the country feeling angry and helpless. I don’t think any of her policies are relevant to people like me or my friends and family. And I don’t trust her”

Trust is not a concept generally associated with any politicians, let alone Theresa May, empress of the policy U-turn. Pushback against May’s blathering jolly hockey sticks public image in the form of anti-Tory memes have had me screaming with laughter at my computer during the pre-election circus. Theresa May’s ghoulish jowls are so ripe for ridicule that at times, I even felt a minor (very minor) pang of sympathy for this racist, imperialist misanthrope who sent “go home vans” into our migrant communities, planned cuts to state schools to the tune of £3 billion, cut domestic violence services to the bone resulting in 579 women of colour being refused access to London refuge support in 2015 alone, and hiked tuition fees up to a dizzying £9,250 per year.

“I’ve never been a big fan of Theresa May, and I’m looking forward to seeing some exciting changes in the next few years. I’m staying optimistic, not just for my own future, but also for the safety of all those wheat fields”

Preach. But what was it about the Labour Party that managed to capture the imagination of people of all ages, up and down the country this election? How was Jeremy Corbyn able to effect the biggest increase in a share of the vote since Clement Attlee’s post-war landslide Labour victory in 1945?

Another friend, an International Events Manager who migrated to the UK with her family as a young child said:

“I’m pro JC (Jesus Christ) because it was the first time I’d seen such a progressive manifesto; from scrapping the zero hour contract, to being realistic and not heartless about immigration policies. He’s the first politician in our adult lives we’ve seen who isn’t solely a politician: he has values he stands by”

My Mum “became increasingly impressed with Jeremy Corbyn as the campaign progressed” and my brother-in-law describes Corbyn as a “genuine person with good principles”. My Dad and older sister both made their voting choices for similar reasons. Dad said:

“I voted on socialist principles: the party that would spread the wealth, income and services from the wealthy to those who need support”

“I also voted for a party that would spread the wealth, and the one that I thought was most supportive of the NHS as a public right…The whole Tory small business ‘keep all your money for yourself’ ethos makes my skin crawl”

I’ve had so many conversations about these kinds of hopes and aspirations for a Britain that cares about people, and as the fog of sleep deprivation settles over results day, I’m left wondering what comes next.

Some big questions have also emerged, including: who exactly are the DUP and why won’t they pipe down? May’s announcement that she will form a government with the DUP got me Googling more furiously than a pub quiz participant on a toilet break.

The Democratic Unionist Party (DUP), led by Arlene Foster, are the largest party in the Northern Irish Assembly. The last time they hit the news in the UK was because of a dodgy energy scheme (the Renewable Heat Incentive or RHI) set up in 2012 which made upfront payments to businesses for installing renewable energy systems. The scheme was binned earlier this year after whistleblowers revealed a £30m overspend was gathering speed- including £1m paid to a farmer to heat an empty shed – a gaping chasm in the budget which must now be supplemented by taxes.

Add to that the basic fact of the DUP’s rampant homophobia (at the more tepid end of the spectrum, consistently vetoing attempts to legislate marriage equality in Northern Ireland), racism, anti-abortion stance, and belief that creationism should be taught in schools, and you’ve got a party that even some Tories might regret climbing into bed with. Once the DUP unlocks its Wikipedia page to editors and gets their website up and running again hopefully we’ll get a better sense of what lies ahead.

This election has been a nauseating white knuckle ride, and even the anti-emetic effect of a wildly embarrassing Tory minority won’t last forever. We must never rely on electoral democracy to effect social change, and groups that fight back against everyday borders, cuts that effect us all, and austerity policies that end lives will be strategising hard for the coming months. One thing is certain: Theresa May’s resignation is well overdue. Her pre-emptive rebuke of a Labour “coalition of chaos” is hugely ironic now; perhaps by calling this snap election the Conservative Party have sounded their own death knell. We can only hope.