So my Caribbean accent is cool now? 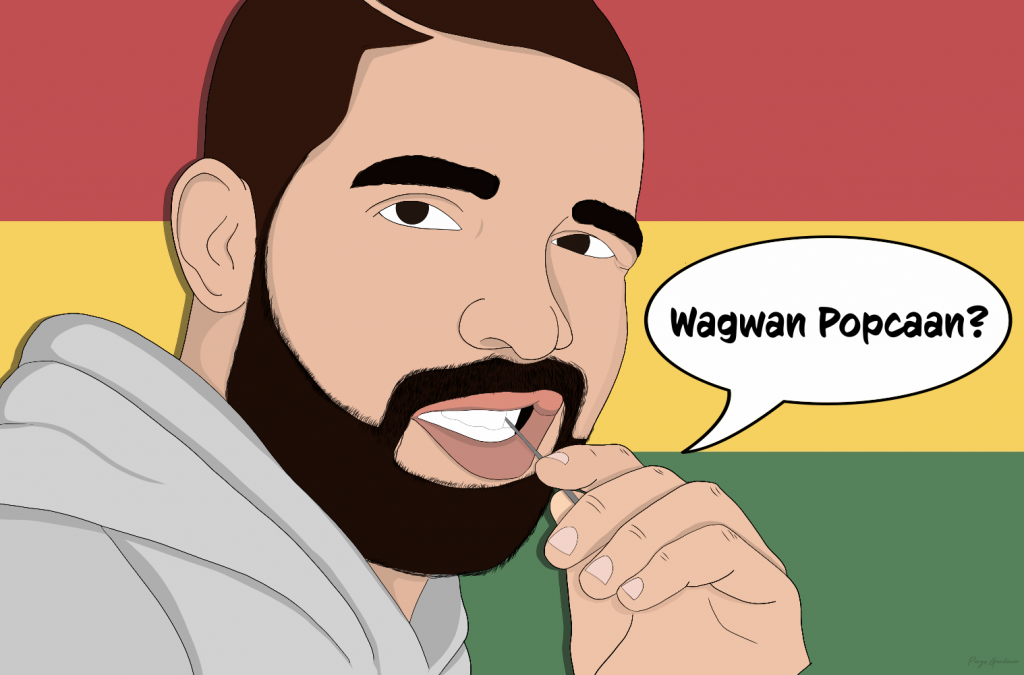 The conversations I had with my close friend Carlos A Morales, who I hold in the highest esteem, got me thinking about the role of accents in our daily interactions. We would discuss moving from the Caribbean to live in New York; adopting and adapting to the new ways of communicating.

He picks up a call from his office, and I hear him say his name: “Carlos Morales”, but not pronounced in his natural Dominican twang, instead with a nasal American lilt that I never heard him use before. He says it makes things easier at work:

“As a Caribbean immigrant, my accent is the voice of my ancestors. It will escape my tongue every so often when I least expect it, and I will try to re-state the word, hoping no one noticed my ancestor’s eluded reminder of where I came from.”

For so long, many, if not most, of us Caribbean immigrants have been made to feel embarrassed about our accents. As migrant children placed into American and British schools, we are told we are not speaking correctly, that our pronunciation is wrong. We have been mocked and laughed at, and assumed unintelligent. It has been a marker of social class; a sign that we come here for opportunities we cannot get at home.

“People assimilate not as a matter of admiration, but more as a means of survival”

It is common to be asked to repeat ourselves, to curl our ‘R’s, or emphasise the lisp of the ‘Th’ digraph to be understood. When we don’t sound like them, our voices become a spectacle for mockery or condescension. So, when even Carlos, a highly successful, double Master’s degree holding, senior analyst, alters the rhythm of his own name, I feel a little sting. Will we always have to code switch to be welcomed? Are we blending in or selling out?

We consciously dilute our inflections for acceptance and to be better understood. Over time we have been conditioned to assimilate to avoid the negative stereotypes. Yet, “Freshwater Yankee” is a term Trinidadians give to our people when they return from the US with American slang squeezed into a now unrecognizable Trini accent. We would often poke fun at how quickly we surrender our natural way of speaking, and adopt the foreign tongue, saying that it is picked up as soon as we enter the airport.

In the past I thought people did this because they idolised the American way, and felt a desire to belong. Anything foreign seemed better. But now, I see it as less of a matter of admiration, and more as a means of survival. It does not matter what we say, but how we say it – we can be the most highly educated in the room, but our accents are still met with prejudice and racial stereotypes of incompetence.

“Perhaps one day, our accents will only serve as a marker of geography”

In true Island nature, I view it all with eager optimism. There are Harvard University courses on Jamaican patois and Haitian creole. I recently discovered that Trinidadian and Tobagonian English Creoles are recognised as their own individual languages, separate from the English language, with influences of different African and French languages. In this Trump and Brexit era of immigration woes, where xenophobia and deportations are daily headlines, it is important to see our otherness acknowledged with respect. Our languages being formalised like this, is one small step towards disassociating them from social and classist stereotypes. Perhaps one day, our accents will only serve as a marker of geography.

Since moving to New York during the last couple of years, my ears have grown more sensitive to the sounds of the islands amidst the chatter. Caribbean terminology is actually being used more and more commonly in Western media. I wonder if it is because they are genuinely impressed by us and our colourful tone, or if they are just interpolating creolised language into their vernacular.

Lilly Singh, a Canadian YouTube star with Indian heritage, remixed a Mr. Vegas song, turning the lyrics into an empowering message for young women to respect themselves. Cute, I guess. But as a Caribbean person, I was less into the meaningful message, and more into the subtitles that read “haffi” and her crediting her Scarborough upbringing for the cover. That word is not Canadian though, even if for decades West Indians have helped shape the city’s slang. It is Jamaican. And Drake does the same. He frequently drops words like “ting”, “wasteman” and “yute”, helping himself to the lexicon under the idea of having a supposed free pass from Toronto’s cultural diversity.

While it is endearing to hear our dialect in mainstream popular music, I’m still a bit irked. Are we clear on whether this is appreciation or appropriation? Is it only cool when Drake says it, or would Popcaan have gotten the same level of respect had his voice remained on the “Controlla” track? Is my Caribbean accent actually cool now, or is it just cool when non-Caribbeans use it?

“As we hear our words being re-packaged as a foreign product, we must reclaim our culture proudly”

I thought about how we unknowingly incorporate African words into our dialect. We know there is an influence, but most of us don’t realise the root of the words we use everyday and claim as Caribbean Patois. But it is not the same thing. Cultural voyeurism occurs when our language is being exploited and monetised by other people who don’t share our history and who do not pay credit to the origin. It is the gentrifying of our voices that prompts the discomfort. Western societies capitalise on the nuanced contributions of our ethnic communities to build a particular image, without understanding or even respecting these communities.

I used to consider rebranding myself as “Talia Logan”, which is a play on my middle and last names, to be more marketable internationally. I chose it because it wasn’t culturally or ethnically specific. I felt it would make me more acceptable to the world. Today, I’m so glad that never worked out. My Caribbean heritage is the core of how I create. My Indo-Trinidadian identity, while not all that I am, is absolutely one of my favourite things to be. I actively choose not to dilute my accent regardless of who shares in my conversation. I speak slowly and clearly while maintaining my sing-song intonation, as they like to call it. I know some words and idioms may not translate easily, so when I do use them, I just explain.

We shouldn’t allow others to build brands out of a mediocre duplicate of our Caribbean accents. As a people, we are hurtling forward; our presence is becoming increasingly pronounced in the world. We have simply come too far to be overlooked. For so long we have, through the chameleon effect, unconsciously adopted foreign tongues as a means of survival. As we hear our words being re-packaged as a foreign product, it’s important that we now, more than ever, claim our culture proudly. Our languages are rich with history that should be upheld and celebrated. Pop culture has created a stage for us, assimilating our dialects into trendy lingo. It is up to us to speak louder than they do, ensuring that no one confuses we ting as dey own.