Burps, farts and rowdy laughs: exploring the confinement of femininity 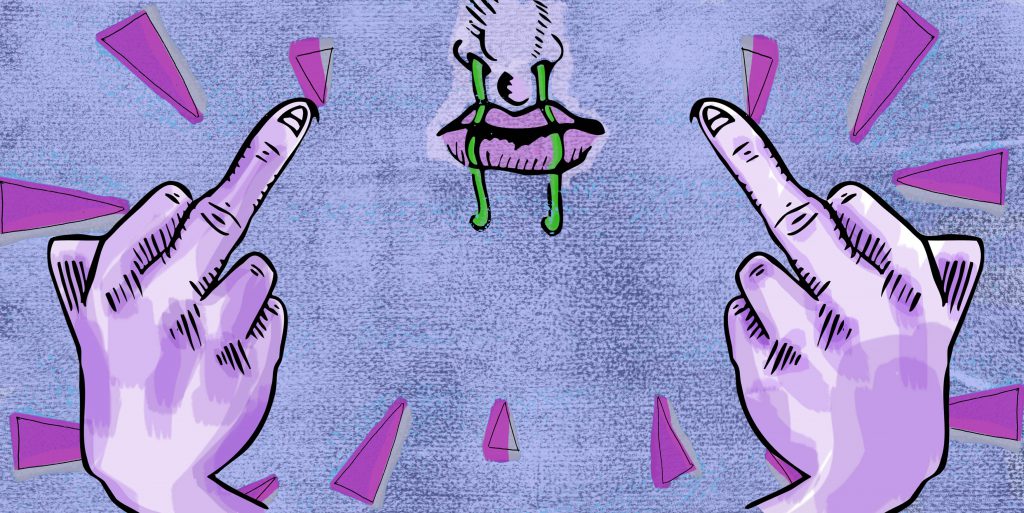 It’s a Sunday evening and I’m sat in the living room with my mum watching television. I let out a burp, the kind that makes you the slightest bit proud for its eruptive nature. My mum shoots me a glare. To her, this kind of behaviour is unladylike, indelicate and unwomanly. What was the harm? In some cultures a belch like mine would have only been received as a compliment to how good the food was that I had eaten, but how ungrateful of my own mother to see my stomach’s satisfaction as an insult to the female species. And it’s not just my burps that receive this scowl of disdain. There has been many a time when I have been happily chatting away on the phone, giggling and laughing to my heart’s content, only to hear from my mum that my boisterous and wild laugh is in fact “ugly”, to quote her own words. As if a noise that comes out of my mouth has the power to completely transform the way people view my beauty or womanliness.

A direct quote from the Google definition of femininity gives us the exemplification of the word, “she celebrates her femininity by wearing make-up and heels”. Just a moment, was this definition written in the 1950s? It shocks me to the core that through illustrating the word femininity, it resulted in the direct association to the stereotypical objectification of a woman on display, using her make-up and heels to become more feminine and attractive to others (arguably solely for the attention of males). Sure, a woman with mascara and lipstick wearing a pair of Louboutin stilettos can be very feminine, as can a woman with absolutely no make-up on wearing a pair of Converse flats, yet it saddens me that to this day society still does not recognise this spectrum of femininity.

Throughout history, a repetitive pattern has followed where women who stray from this idealised notion of femininity are considered “rebels”. But rebels from what? Are we rebels to a misogynistic presentation of female beauty created by men? So what if a woman opts to wear black instead of pink, don trainers instead of heels, burp and fart out loud instead of acting like they poop fairy dust. A man can sleep with 100 girls and be considered ultra-masculine, a compliment to their gender characterisation, but a woman who sleeps with 100 men is abused for her unladylike promiscuity.

The 20s saw the transformation of happy housewives breaking from their cocoon to become educated professionals. The 40s saw women breaking free from their constrained fashion to parading the mini skirt and experimenting with hairstyles. The 90s introduced us to the “ladette” culture where it was no longer just men who could drink beer and act rowdy. Fast-forward to the present day and you find Tinder potentials swiping left if your long, luscious locks don’t frame your MAC-decorated face as you parade around the garden in high heels.

The gender equality question continues to surface as we saw most recently at the Golden Globes. Evan Rachel Wood’s decision to wear a tailored suit did not grab nearly as much attention as perhaps the outfit choices of Sofia Vergara or Emma Stone, the latter two being in evening gowns. Wood’s stood up for the opposition to define femininity by the garments we choose to wear, she didn’t choose a suit to “protest dresses” but to “make sure that young girls and women know they [dresses] aren’t a requirement”. The difference in femininity between these three female figures? I would argue absolutely none as they all looked beautiful walking the red carpet.

Ordering a salad at dinner? No thanks, I’ll take the steak with extra sides. Holding in a fart when you’re watching a movie at home? Nope, I am letting that one rip. And let’s not forget remaining polite at all times, right? Wrong, I will motherfucking curse as much as I want to. It is not right for women to be judged by their actions because men are not judged for getting a facial, spending longer shopping for shoes or demanding on getting their haircut once a week. Nor can women be told what to say and how to say it, because if neoliberal equality really does exist, then femininity can’t be defined by our use of “lad” vocabulary or release of gas.