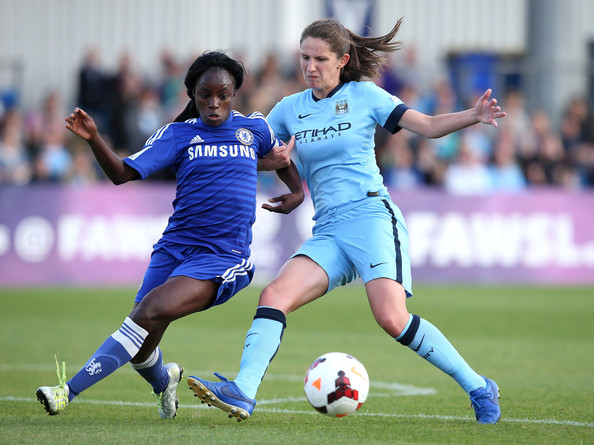 On 18 October we got the news that most of us were already expecting: an independent barrister made it very clear that both Eniola Aluko (and later Drew Spence) had received discriminatory remarks from former England women’s team manager Mark Sampson.

The events leading up to this judgement were tumultuous. When Eniola first made her now vindicated claims that Sampson remarked that her Nigerian family members might have “Ebola”, amongst other racially insensitive comments, the Football Association (FA) were nowhere to be found.

Instead, there was an attempt to blackmail her and many equated her accepting a £80,000 payout as an admission of falsehood. Even fellow players of colour such as David James attempted to discredit her and her teammates undoubtedly betrayed her. But since the barrister’s judgement, there have been calls for change in the FA and fresh questions over whether it is an institutionally racist organisation.

“Many are quick to laud the actions of the NFL players in America, kneeling for inequality but are slow to admit that England has a problem with racism, let alone in sport”

It’s perhaps serendipitous that this case came to light during the current discussion about race and sport in the US. Many are quick to laud the actions of the NFL players in America kneeling for inequality but are slow to admit that England has a problem with racism at all, let alone in sport. It was interesting to note that during a game at Wembley Stadium NFL players knelt for the American national anthem but stood for the British national anthem, even though British people of colour are facing issues of police brutality and racism also.

The reality of racism in British football is shocking. In 2004, former football manager Ron Atkinson called a black Chelsea player a “f*cking lazy thick n*gger”. In 2015, Chelsea fans openly claimed to be racist. Even players have not been immune to racism allegations, with popular footballers like John Terry and Aleksandar Tonev coming into question. We are far removed from the days when monkey chants were acceptable on the pitch (although this issue still plagues continental Europe) but the fact remains that although football is disproportionately played by black men in the UK at a professional level, many football aficionados have a problem was black players.

“We cannot let what happened to Eniola Aluko happen again: months of her name being dragged through the mud and the FA muddling around until they were forced to apologise and accept that she was in the right”

There have been many external charities and campaigns set up to combat this, such as Give Racism the Red Card and Kick, but I believe that more work needs to be spearheaded by organisations such as the FA. We cannot let what happened to Eniola Aluko happen again: months of her name being dragged through the mud and the FA muddling around until they were forced to apologise and accept that she was in the right. It shouldn’t take a public shaming for an organisation to do something, and if organisations are truly anti-racist they should take the time to educate their staff and their players on non-racist behaviours. Actions such as that of Sampson cannot simply be explained away as “banter”.

Moreover, I believe that non-racist football fans should make more of an effort to combat the racist behaviours that pervade certain elements of their fandom. In 1991 the Football (Offences) Act made racist chanting illegal but this doesn’t change the fact some football fans only accept black people when they’re playing for their side.

If football fans can take it upon themselves to organise against extremism, then I am sure that they can organise against racism also. Even if you think that racism doesn’t affect you, there are countless studies that show how racism can psychologically affect victims. Surely, as a football fan, you want your team to play well with little to no distractions? If one of these distractions is racism then instead of claiming “PC gone mad” or that it’s merely “fluff” it would probably be more helpful to campaign against it.

I for one am happy about the judgement made in favour of Eniola and hope it leads to serious efforts to combat racism in football, rather than continued efforts to silence and diminish victims.