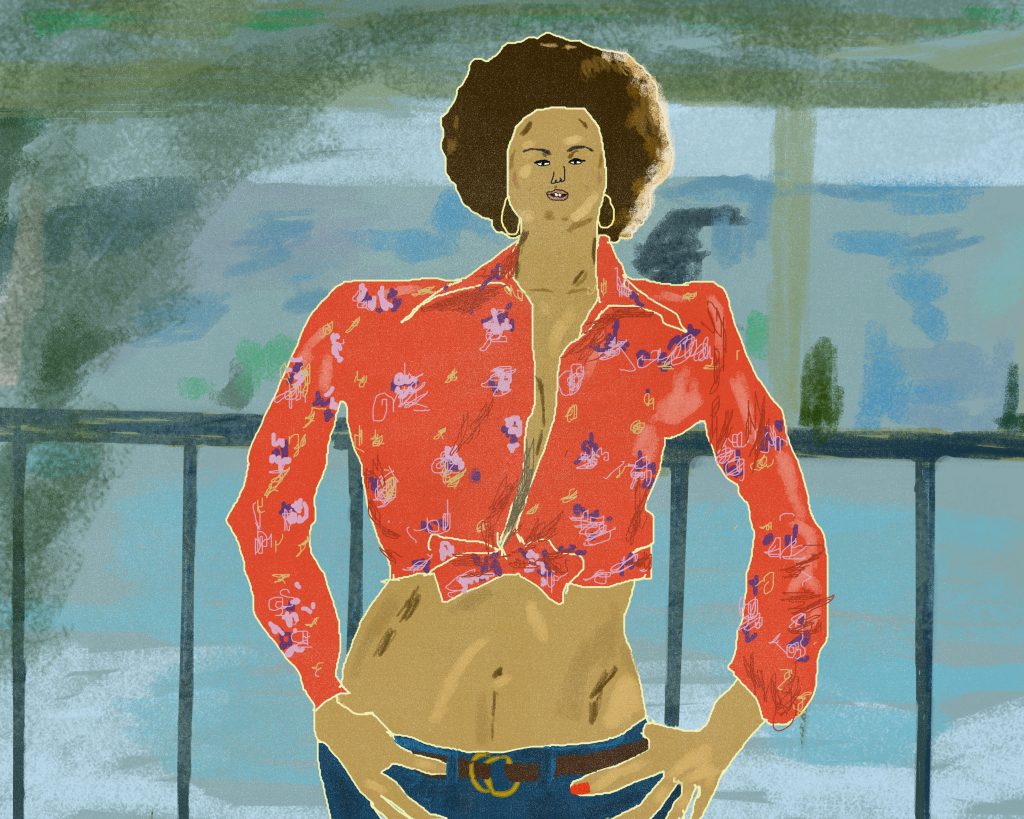 It’s hard to hear the name “Pam” and not have the image of the natural haired, empowering black beauty Pam Grier come to mind ­­– and who would blame you. Between the years of 1970 to 1997, Grier was one of the leading ladies when it came to the subgenre of exploitation movies, blaxploitation. Taking charge ­– usually – as a vengeful woman looking to get her own back working undercover to kill those that had done her wrong. Movies such as Foxy Brown and Jackie Brown created an identity for Grier that meant being an independent, no f*cks giving black woman was always a major part of the character she played.

Grier’s roles in these movies remained pivotal to the time as exploitation movies were based on capitalising from trends and niches in many derogatory ways. When Grier played characters such as Foxy Brown, her race was what vividly set her apart from the rest of the characters in the movie. Being exploited and constantly reminded of the colour of her skin (who can forget the disturbing scene where Foxy has been kidnapped by two grossly sexist and racist white men who wanted to inject her with heroin on what can only be described as the filthiest mattress in any movie) made Grier’s characters inspirational for black women of this time. Grier’s characters rose above any racism that was alluded to her in these movies, retaliating back as probably one of the only major black action women. These genres allowed such a character to become a phenomenal heroine.

With Grier’s badass characters came a style that showed women could kick a man’s ass whether they were wearing skirts, dresses or nothing at all.

Growing up, Grier took part in a number of school productions and even entered beauty pageants in order to pay for her college tuition. However, it was her job as a receptionist at American International Pictures that helped to give her acting career the push it needed. Grier’s encounter with director Jack Hill allowed her to be cast in his movies such as The Big Doll House, The Big Bird Cage and Coffy, giving birth to a new feminine sex symbol of the 70s. Something refreshing, as Grier has stated in the past that roles during this time were “practically invisible or painfully stereotypical”.

However, with Grier’s badass characters came a style that showed women could kick a man’s ass whether they were wearing skirts, dresses or nothing at all. Grier’s biggest fashion asset will always be her bountiful locks, most notably her Afro, (like that time in Coffy when she pulled razor blades out of her Afro) but throughout her movie roles we saw some of the biggest fashion trends come to light. Long before Orange is the New Black made orange prison jumpsuits a stylish getup, Grier made prison playsuits look like a summer trend in The Big Bird Cage, whilst her laced up boots in Coffy were clearly an inspiration behind PUMA by Rihanna’s SS17 collection. 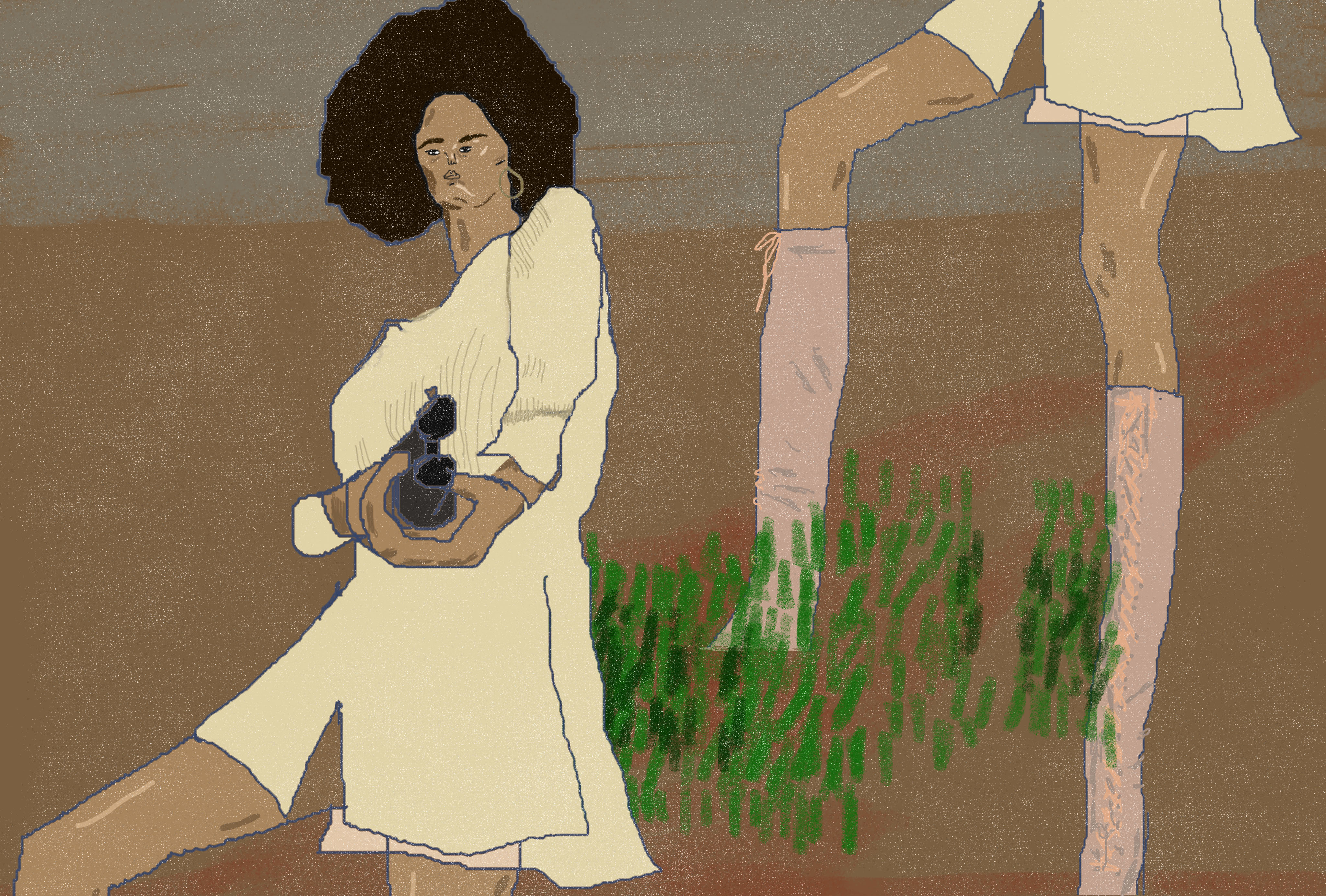 Floral-print cropped shirts and denim jeans were staples in the Pam Grier fashion cupboard and Grier proved that the bolder the colour the more iconic the outfit would be. However, Grier’s roles in movies such as Foxy Brown and Jackie Brown were where her characters style became more elevated than ever. In Foxy Brown, Grier showed the audience that layers were everything and her ability to match prints will forever stay in fashion’s hall of fame and of course an outfit was never complete without gold-hooped earrings. Still, it wasn’t just in her earlier movies that Grier managed to be a style icon, even in her award winning role for Jackie Brown, it was clear that Grier’s iconic style would remain a heartbeat for the movie. From her red mini dress (where you can’t help but be reminded of her unforgettable red jumpsuit in Foxy Brown) to her Kangol backwards cap whilst she’s making moves in a shopping mall. Jackie Brown allowed Grier to continue to be the actress that could grasp fashion trends through definitive movie genres. Nearly 10 years on and she still killed it.

‘We don’t need to walk behind you, we should walk beside you’

But a beautiful black woman taking centre stage in lead roles didn’t come without jealousy and resentment. Unsurprisingly from the men that worked in the industry. As she told The Guardian in a 2010 interview, “they were not comfortable with showing a progressive black female in an action role. As a strong woman, I was seen as a threat. There was a fear that women would mimic me in real life.” Grier recalls hearing certain men say, “she’s taking our jobs, she’s castrating men’ – as far as I was concerned, I thought: “We don’t need to walk behind you, we should walk beside you.”

Although things had quieted down for Grier since her role in Jackie Brown, her reoccurring role on the successful hit show The L Word reintroduced a different side of Grier that her older audience wouldn’t have been so used to. But even in The L Word her character, Kit Porter, had a strong and protective role being the older sister to Jennifer Beals character, Bette Porter. The show also allowed the audience to connect with Grier’s more vulnerable side as she played a recovering alcoholic as well as a deeper and passionate role as her character developed feelings for a woman that cross-dressed as a man.

Now, Grier lives a life that’s more dedicated to nature, owning a farm that helps to heal horses in Colorado. Grier still does acting here and there and has even lent her voice to the new 2017 Call of Duty game, Shaolin Shuffle as the Shaolin Sister. Even in a video game Grier is still the cool 70s chick that will forever be an iconic movie star and we love that today she’s still happily embracing every aspect of her life, paying homage to her past characters. 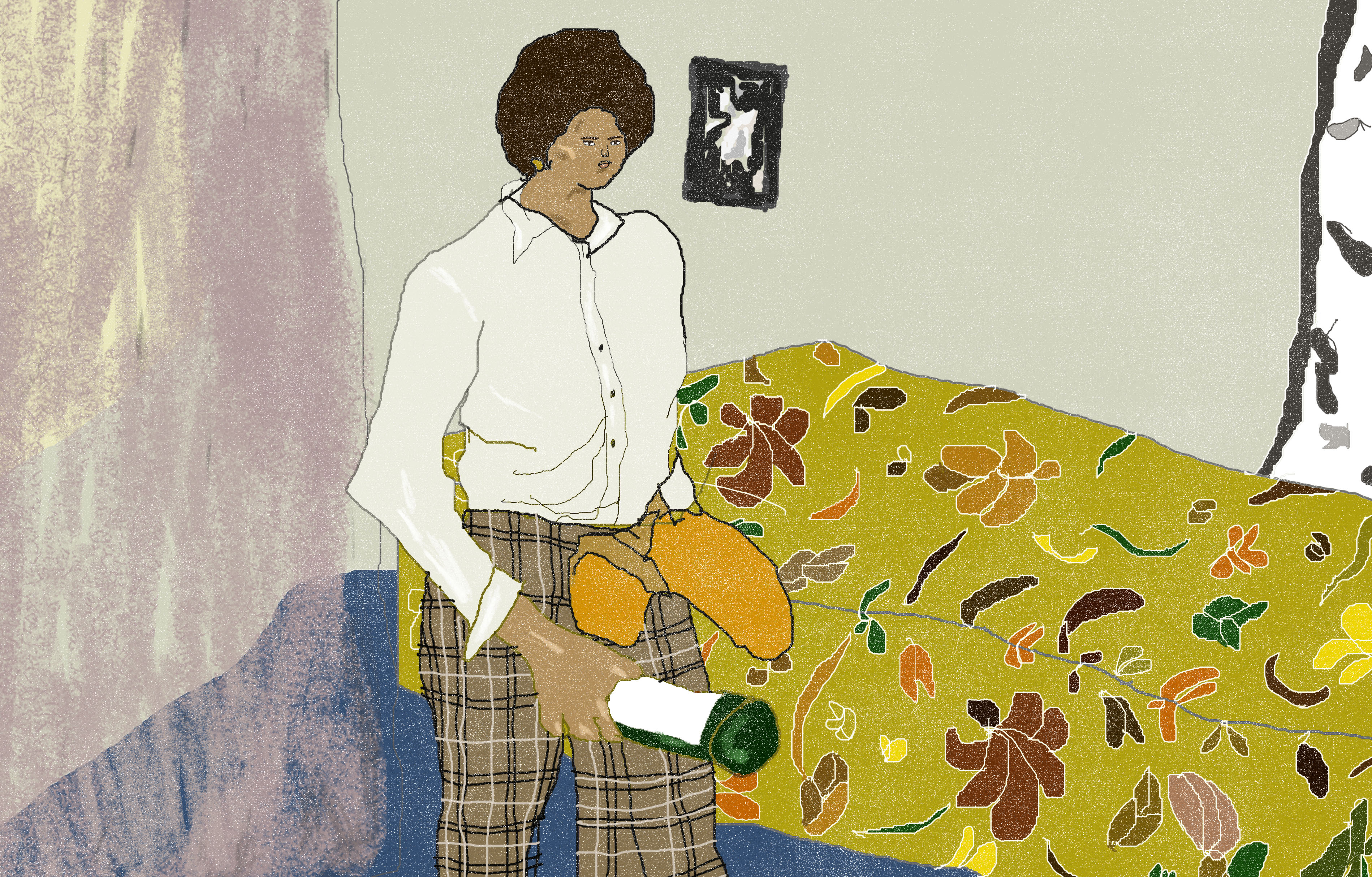