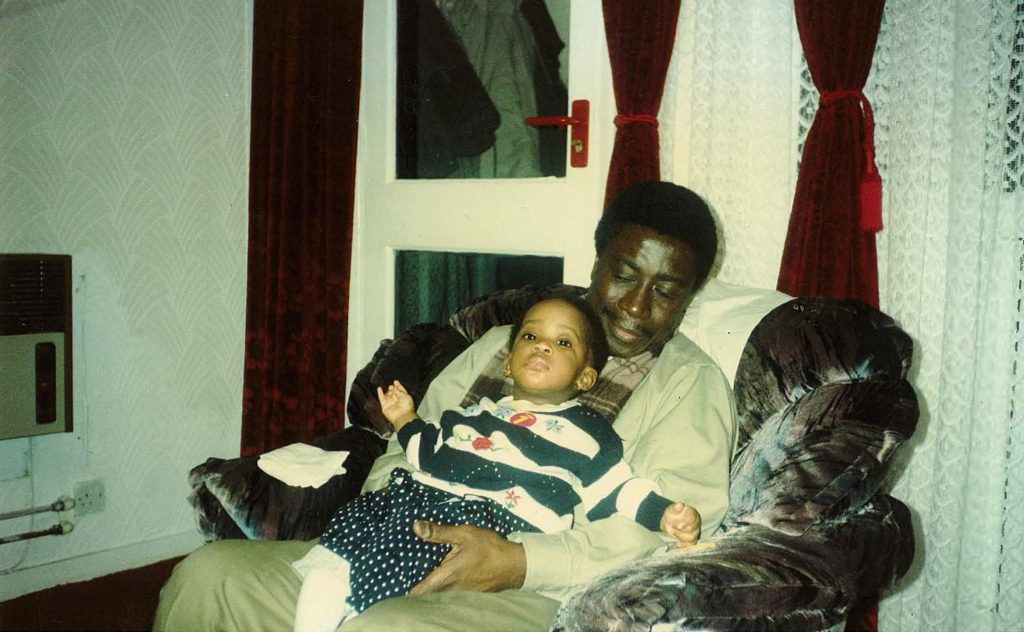 On 23 June 2014, my life shattered into a million pieces. My beloved father was murdered at his home in Ghana.

There is no way to prepare for the death of a parent or the murder of your hero. A revered architect and a political activist in Ghana, my dad was a household name. He was a staunch republican who drew lifelong inspiration from Kwame Nkrumah, the man who led Ghana to freedom from colonial rule in March 1957. Dad strived to fight against imperialism for the duration of his adult life; he stood up for his fellow students as the president of the National Union of Ghana Students in the 1970s, in the midst of political uprisings in Ghana, and led a political protest which saw US Secretary of State Henry Kissinger’s tainted visit to Ghana cancelled in 1976. He had so much pride in Ghana, but it pains me that the love of his country cost him his life.

The dreadful day that he passed marks the point at which chaos, trauma and anxiety came flooding into my life. I had just finished university and I intended to spend months recovering from working hard for my degree (*cough* partying in Leeds for three years), by relaxing on my mother’s sofa, sleeping in until midday and eventually, perhaps, finding a job. Instead, I found myself crashing into this newfound world of responsibility head first, and wandering through the subsequent years with the immense weight of grief and shock.

Immediately after his passing, I moved into dad’s rented housing association apartment, otherwise I would lose it forever. I spent so much of that dark summer frantically crying on the phone to Shelter, asking the housing charity for assistance in the succession of his tenancy. I was phoning the charity on an hourly basis, while fighting off demands from the landlords, asking when I intended to clear out my fatherʼs belongings.

In September 2014, when I moved in, I already had a backlog of rent to pay. I spent the first few months after his death nursing rampant anxiety and sleeping with the lights and television on. I was living in fear, surrounded by eerie memories of my childhood; memories of growing up as the baby of a loving, lively family, juxtaposed with the present loneliness and loss. At the age of 23, I was living with empty nest syndrome.

Being open to grief is important for the process of healing. When I visited the onsite doctor at my workplace and casually dropped into conversation that I was suffering from trouble sleeping and severe anxiety – he asked me if I could think of potential causes. “I think itʼs because my father was murdered a few months ago”.

The shock on his face was expected, but the genuine care and urgency with which he found me a highly recommended grief counsellor was not. She taught me to compartmentalise the horror that was keeping me up at night, and focus on the principles my father had taught me: to believe in my power as a resilient black woman.

In October 2017, my neighbours and I on the estate faced a situation in which we were forced to live without running water for three weeks. In the wake of the tragedy of the Grenfell Tower fire, this major incident highlighted the fact that the majority of communities living in social housing face extremely dire conditions, in which their human rights are compromised. This particularly affects people of colour who often face the dismantling of well-loved communities within social housing.

Being Hayfordʼs daughter, I used my voice on Twitter to complain about the lack of water, providing a daily Big Brother style update, “Day 13: had a shower at the gym today while using a free trial. And no, I did not work out”. It was at that point that I met Rashid Nix, a local activist. He told me that dad had spearheaded the residents association on the estate, and he urged me to follow in my fatherʼs footsteps and be vocal about the issues we faced with the absence of water. I was fearful, but Rashid asked me, “what would your dad say if he were in your shoes?”.

Eventually, I started speaking to the media. I was filmed in my kitchen by London Live, demonstrating the lack of water from the taps while discussing the lack of care for elderly residents living on the top floor of my block. They were forced to take the stairs to collect water from a freestanding pipe because of a concurrently broken lift. My neighbour explained that she and many other tenants were being moved to hotels across London and still having to take their children to school in Brixton.

Throughout this time, I drew inspiration from my father, who would have been even more vocal. He always stood up for us as residents on the estate and living in his home in Brixton has given me the opportunity to give back to the community in which I saw him thrive.

Like Kintsugi, the Japanese art form which pieces together broken crockery using lacquered gold to repair the cracks, I am learning to see the beauty in brokenness. It has not been an easy road. Dadʼs home has been the sanctuary I needed to seek shelter from the most terrible of storms. On my darkest days, I struggled immensely with the details of his murder, and at times felt so sick with grief, I couldnʼt leave the flat for days at a time. I am still coming to terms with the fact that I will only see him in my dreams. This has been my solace.

In those dark moments, I remind myself of the gentle, powerful man who fathered me. The man who used to surprise my sisters and me with sweeties in his briefcase when he finished work. The man who always woke the household up dancing to jazz. I only knew him as our dear dad, not the activist. The love we shared forms the golden cracks within my newly awakened self. I believe that grief is the ultimate manifestation of the love shared between connected souls.

I am eternally grateful for my mother and sisters for being my source of hope and strength through it all – as well as Shelter – without them, I would not have my own tenancy at dad’s home. My home.

Finally, to my father – the late, great Hayford Patterson Akrofi. Thank you for giving me the gift of life, and the will to honour it to its fullest. Fearlessly.