The five best books of 2017 by women of colour 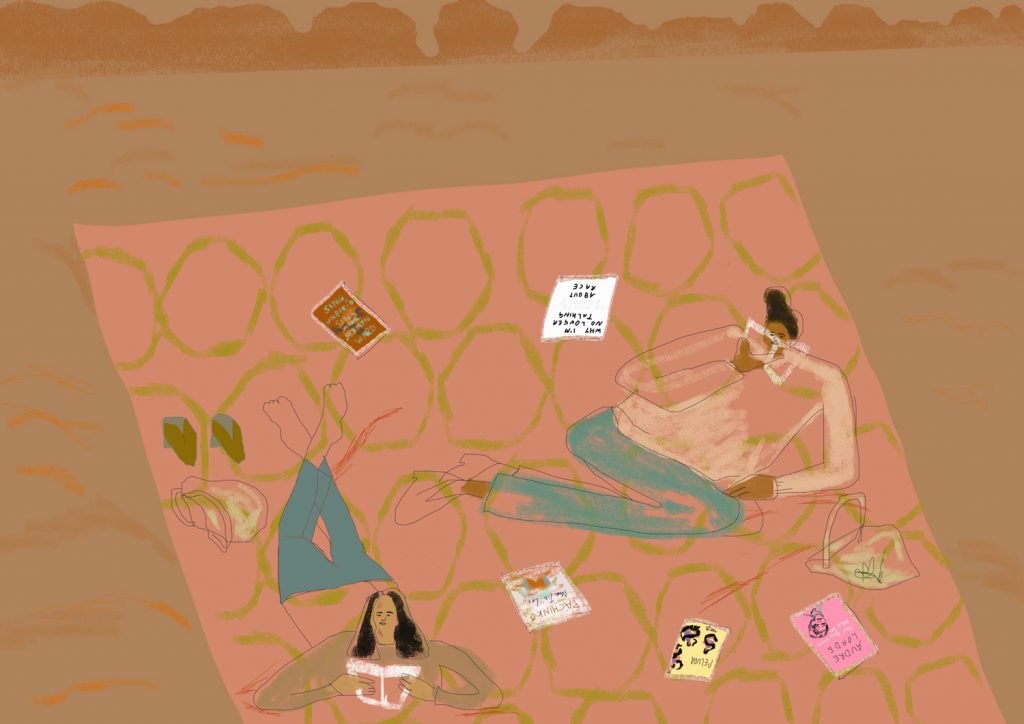 2017 has been a year with a lot to write about. Women of colour have been the geniuses behind so many of the best books this year, dealing with issues that have dominated our news cycles, from class, to migration, to the environment, to sexual politics.

To diversify the range of voices we see represented in the literary world, and disrupt wider discussions, it’s important to support works written by, and for, women of colour. Here are our top five picks from 2017 to get you off to the right start in the new year:

1. Why I’m No Longer Talking to White People About Race by Reni Eddo-Lodge

A book on Britain’s culture of white innocence has been a long time coming. Well-researched and engaging, Why I’m looks back to Britain’s enslavement of black people and the experiences of West Indian immigrants to debunk the myth that Britain is free from a history of racial violence and exploitation.

Perhaps the most crucial work that Reni Eddo-Lodge does is differentiate between prejudice and racism. The former is about feelings; the latter about power structures and socio-economic policies which feed into contemporary issues like austerity and right-wing politics.

“Eddo-Lodge differentiates between prejudice and racism. The former is about feelings; the latter about power structures and socio-economic policies”

Why I’m articulates frustrations that women of colour have struggled with for years, often after spars with white people who seem to have an emotional shutdown when we try to point out the difference between the way we see the world, and the way that the world sees us. We now have a book to turn to when we’re looking for equal measures of comfort and rage.

Pachinko maps the intergenerational experiences of a family of Korean immigrants in Japan. Opening in a Korean fishing village with an unwanted pregnancy involving Yakuza gangsters and Catholic priests, the novel moves to the slums of industrial Osaka and eventually to its moneyed Pachinko parlours.

It’s a long novel, but its straightforward tone makes it page-turningly enjoyable. Lee’s narrator subtly weaves in and out of the free indirect speech of a cast of myriad characters, expressing their emotions with a poetic precision. Tragedies are told with a deft indifference – protagonists die, miscarriages happen, the Pachinko ball spins on. We also peer into the inner-lives of several outsiders: a housewife’s foray into the Yokohama dogging scene is particularly memorable. Lee’s epic portrayal of suffering and resilience is deeply intertwined with coloniality and the immigrant psyche, and is perhaps the best piece of literary fiction this year.

3. Your Silence Will Not Protect You by Audre Lorde

Audre Lorde — black woman, lesbian, warrior, and mother — has had her poetry, speeches and essays collected for the first time in Britain this year by Silver Press, a new feminist publisher. It’s not necessarily writing from 2017, but its timeliness is spelled out in how much these writings speak to Eddo-Lodge across the Atlantic over 30 years on.

Lorde’s essays give rise to intersectional feminism in the way she so movingly articulates how various aspects of difference construct our identities, calling for solidarity that acknowledges and works with difference rather than paying lip-service to a so-called sisterhood. Your Silence Will Not Protect You underlines how important forging a voice is to assert our selfhood against oppressive forces, encapsulated by Lorde’s beautiful, firm handling of language itself. Her poetry (written “for those of us who live at the shoreline/standing upon the constant edges of decision”) and essays, are a critical call to action.

As its title suggests, Sing, Unburied, Sing is a novel told with a lyrical uncanniness. Set in the rural depths of post-Katrina Mississippi, Ward casts an eye over the political and personal ghosts that haunt the lives of her characters. The story follows Jojo and his mother Leonie, whose drug addiction means she neglects her son and infant daughter to be raised by her Pop and dying Mam on their farm.

With the weight of a Faulknerian epic, the family goes on a road trip across the state to pick up the children’s father from Parchman Farm prison. It’s a spectral place, begging a confrontation with the afterlives of slavery in the American South. The novel’s deathly motifs of animal slaughter and voodoo tradition jarr against the depiction of the American rural poor’s dependence on chemical substances. Sing, Unburied, Sing is worth reading for its descriptions of getting high alone. Like the book itself, these passages are filled with a visceral despair.

Latinx spoken word poet Melissa Lozada-Oliva’s poetry collection is called Peluda, meaning “hairy girl” or “beast” in Spanish. Body hair, race and identity are all part of Peluda, and Lozada-Oliva grapples with these themes in a witty tone filled with self-deprecation-turned-self-love.

Most of all, it’s funny. Really funny (because why does being a feminist and a child of immigrants mean you always have to be suffering?). Poems about shaving her sister’s back hair or windexing the white part inside of you have a hilarious intimacy which almost make you forget the seriousness at the root of her words.

Admittedly, there’s a lack of works in translation and Middle Eastern and South Asian writers on this list. For those looking for some great contemporary fiction, Home Fire by Kamila Shamsie is a compelling read. A reworking of Sophocles’ Antigone, it stands out for its moments of on-point political commentary about being both British and Muslim.

However, diversity isn’t only about ticking boxes or seeking out the very best pieces of writing. We should use these books as a starting ground to create a wider dialogue on how these texts speak to us: what works, what resonates, and how they relate to others. Most importantly, however, we should look to how books by woman of colour disrupt mainstream narratives whilst also creating important and wholly original ones.