Inspired by her own experience of sexual assault, the Chewing Gum star’s compelling new series captures the murky side of millennial dating. 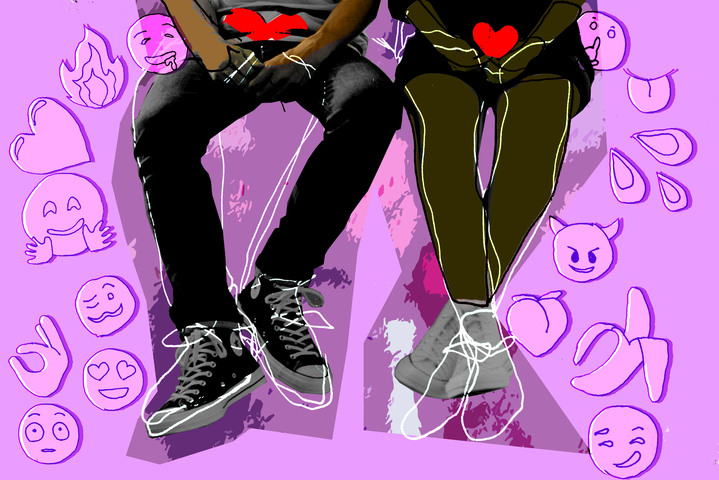 Illustration by Naomi Gennery
Paid partnership with the BBC

About five years ago, on a road trip to France, four of my friends and I shared stories of encounters that had felt like violations. These encounters were not exactly the kind you could report. They were exploitative, but not necessarily in the eyes of the law. This was before Kristen Roupenian stunned us into a flurry of social media shares with her painfully relatable short story Cat Person. It was before the internet imploded because “likeable” Aziz Ansari was accused of having the kind of self-serving sex that leaves a woman in tears afterwards. We didn’t know our experiences weren’t noteworthy until we talked to one another.

Consent is often an assumption, an unanswered question where the other party isn’t always interested in actively knowing your response. Reasonable doubt can rule the day (or night). In a society where power is distributed so unevenly, what does consent even look like?

Michaela Coel’s new BBC drama, I May Destroy You, explores this question in a way that’s as devastatingly dark as it is funny. It follows Arabella (Michaela), a 20-something woman who has parlayed Twitter fame into two book deals. Returning from a writing trip to Italy, she’s woefully past the deadline for her second book and, with the manuscript far from finished, she decides to pull an all-nighter. However, when she takes a break to have a drink with friends, the night gets very boozy and a bit druggy. She returns to full consciousness hours later, back at her laptop frantically typing, where she is jolted by a harrowing flashback of her being assaulted.

“Through Arabella’s experiences, and those of her friends, it explores consent, casual dating and hookup culture, both when it’s black and white and when it enters shades of grey”

The plot is peppered with Arabella’s splintered memories as she tries to recollect and reconstruct the events that led up to her assault. But there are also moments of almost slapstick humour that are reminiscent of Michaela’s BAFTA-winning comedy Chewing Gum. I cooed at every subtle nod to blackness: best friend Terry (Weruche Opia) tying a headscarf around Arabella’s edges as she tells her to try and get some sleep; Arabella destroying hip-hop karaoke with her rendition of Nicki Minaj’s ‘Truffle Butter’; Terry later informing a white woman that she does, in fact, wash her weave. The soundtrack bangs, with the beats of Little Simz, Noname and Rosalía lacing scenes with the frenetic energy of a London that, in lockdown, I miss more than ever. And through Arabella’s experiences, and those of her friends, it explores consent, casual dating and hookup culture, both when it’s black and white and when it enters shades of grey. 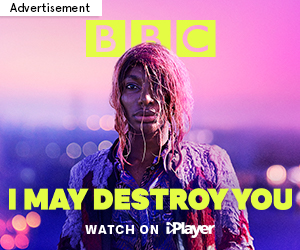 In episode one, Arabella tries weakly to define the terms of her situationship with her Italian not-boyfriend, a man she has flown out to visit three times. She knows it’s unbalanced – she tells Terry and her flatmate so. But it continues and they laugh at her inability to end it. Not “putting a label on it” and keeping things undefined is only liberating if all parties want the same thing. There is a pressure to pretend you don’t care and to be nonchalant even when you do. Exploring where the concentric circles of power, freedom and exploitation meet and overlap is where the show is at its strongest.

At least for me, the normalisation of casual sex and the reduction (but not removal) of shame has been liberating. It felt powerful to do whatever I wanted and not be hemmed in by restrictive moralising. But this didn’t give me the tools to make sense of when sex makes you feel anxious, used or mistreated instead of empowered.

The flipside of casual encounters is that it’s often unclear what we owe to each other. Dating apps, where you’re interacting with an avatar of a person distilled into pithy one-liners, encourage a lack of accountability. They can cause people to act poorly and sexual confidence or adventurousness can be mistaken for availability and permission. For women and non-binary people that sleep with men, sexual freedom is also not absolved from patriarchal interference, as the low rate of rape prosecutions and convictions, the heterosexual orgasm gap and the number of women that report feeling “duty bound” to have sex once a man had an erection can all attest.

“I know I have turned sexual experiences in my life into anecdotes as an attempt to seem interesting and, when they’ve been distressing, to diffuse them of power”

In one scene, where Terry is auditioning to be in a “feminist beauty campaign”, the producers ask her to tell them about the “most freeing thing” she’s ever done. Initially, she can’t think of anything. When the audition starts to go south, she randomly tells the producers that she “had a threesome once”. The desperation in her voice betrays her statement. Maybe it wasn’t the most “freeing” moment of her life – it’s just the kind of thing we think modern, sexually adventurous women would feel. And maybe if an experience wasn’t so great, we can transform it into an anecdote – for friends or in some cases for profit.  Maybe we can remake it to mean something new, but with the sting taken out. I know I have turned sexual experiences in my life into anecdotes as an attempt to seem interesting and, when they’ve been distressing, to diffuse them of power.  In later episodes, with nuance and care, I May Destroy You explores how promiscuity can be used by straight and queer people to camouflage pain.

Sex positivity can be misconstrued as sex having to be adventurous and casual. In reality, true sex positivity promotes an openness towards sexuality and sexual pleasure with a focus on consent. That could be wild sex every day or missionary every other month, polyamory or monogamy – but relationships are only empowering if all parties actively consent to their terms. The more casual the relationship or the hookup, the more important that becomes, as there aren’t defined rules to fall back on. It’s more crucial than ever that the other person is present enough to make a choice and is comfortable throughout.

In an interview with the Radio Times, Michaela says that she hoped people would “try and see themselves” in the show and the experiences it depicts. If their stories are anything like those of me and my friends, I’m confident that they will.

This article is part of a paid partnership by gal-dem for the new BBC drama I May Destroy You, written by and starring Michaela Coel, currently streaming on iPlayer

‘We don’t see black girls’ tears’: I May Destroy You and being a black woman in therapy

In Michaela Coel’s I May Destroy You, drug use is just as complicated as the characters