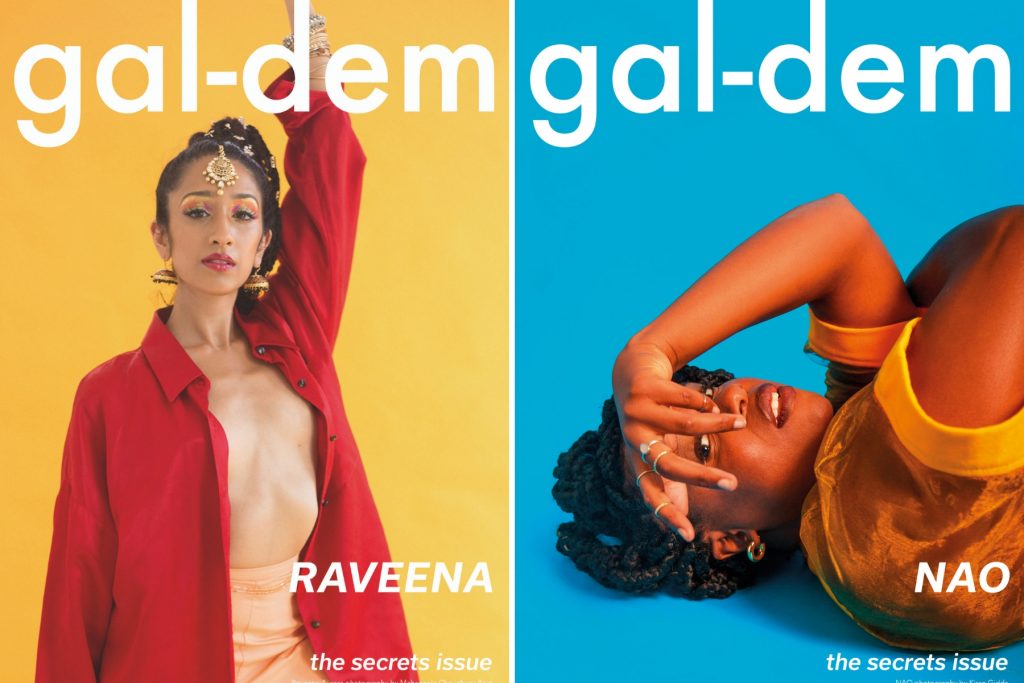 You can breathe a sigh of relief; gal-dem’s secrets issue is finally going to be in your hands, and with it comes an equally magical launch party in east London on October 5.

Women and non-binary people of colour have poured their souls into 240 pages of the most enriching, exhilarating, and (of course) secret content you will find. For the first time, the magazine has two covers, adorned with the faces of London’s own funky-soul singer and songwriter NAO, as well as New York’s South Asian R&B goddess Raveena Aurora.

The issue also includes 21 questions with model and muse Paloma Elsesser, an interview with Swedish vocalist Fatima, tales from a sex-worker about the racialised world of kink, personal histories of family immigration, the story of one woman’s sexual abuse at Mecca, insights into the lives of black beekeepers, stunning photoshoots with our cover stars and original artwork. 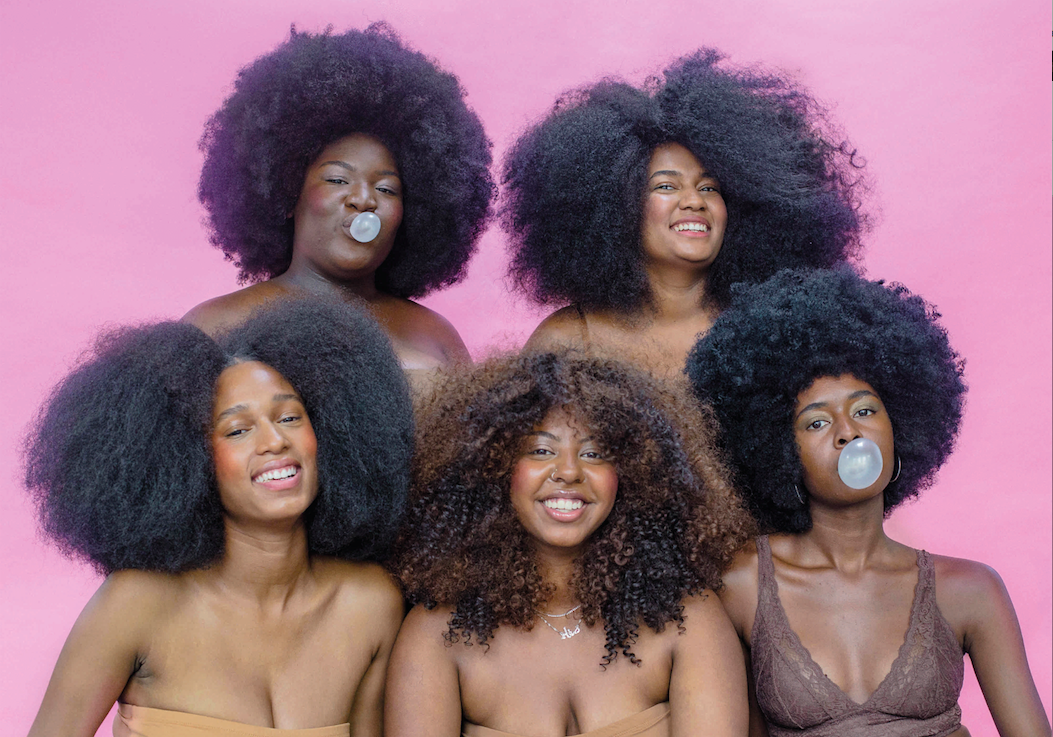 Glossier has joined forces with gal-dem as the sole advertiser in this year’s magazine, working with us to create a beautiful “big-hair” shoot, inspired by the Mean Girls quote, “That’s why her hair is so big. It’s full of secrets”.

Celebrating the beauty of black women and afro-hair, the shoot shows uninhibited luscious afro curls of all different kinds and radiant smiles accompanied by Glossier’s intuitive and natural-looking make-up. Talking about her experience on the shoot, 19-year-old model Kemi Adeeko said, “When my natural hair is out I usually go for natural to no make-up. I really like how light the make-up is and it just enhances what you already have.”

Another of the models, 21-year-old Rue-Anne Paisley, spoke proudly about her natural hair: “I definitely feel like there’s some sort of natural hair revolution going on. It’s in the younger generation but in the older as well. They’re realising that natural hair is okay and we shouldn’t be ashamed of our hair. It’s just nicer. Our hair is so versatile and I think a lot of people forget that.” 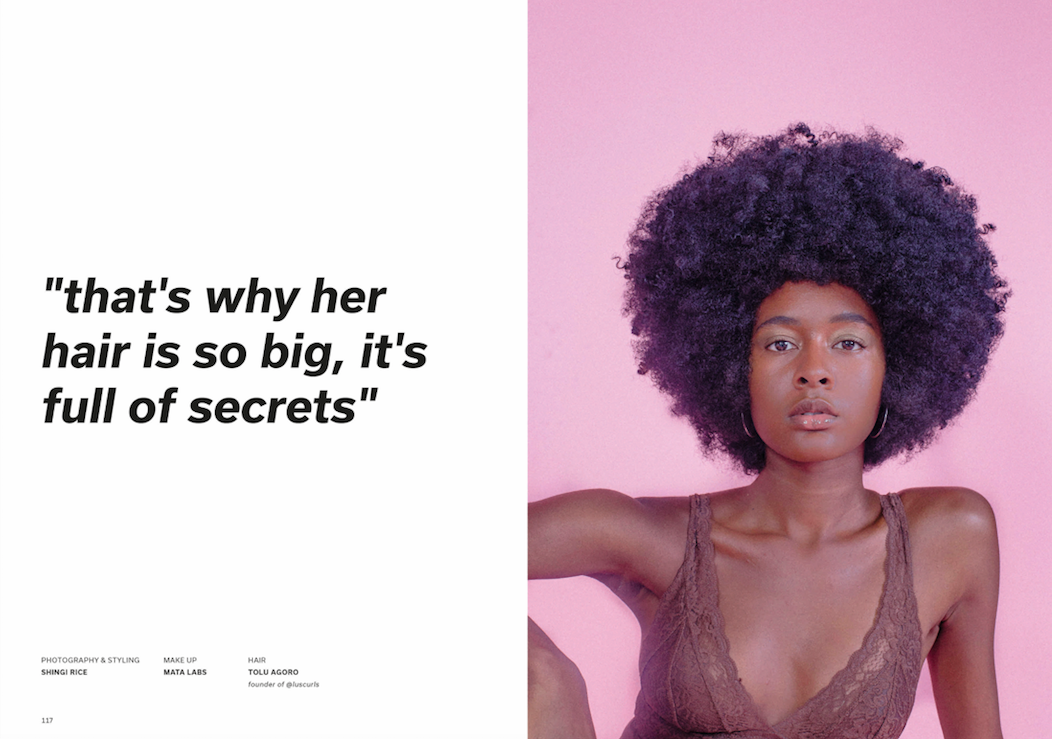 And finally, to celebrate the mysterious and monumental third issue, we have invited you to an aptly sub rosa launch event at a location that will only be announced a few days before, via a decipherable secret code. The event is now sold out, but for those of you who have managed to bag a ticket, expect dancing, exceptional gal-dem DJs, an enigmatic exhibition and exhilarating conversation, followed by a very special cloak-and-dagger surprise that will keep you fully entertained all night.

You can’t even get two good drinks for 15 quid in London, but what you can get is an annual celebration of women and non-binary people of colour being heard and changing the discourse in mainstream media, with a couple of drinks, a goodie bag provided by Glossier, and an all-important copy of gal-dem magazine.