I am grieving for Sri Lanka, but it feels like no one is grieving with me 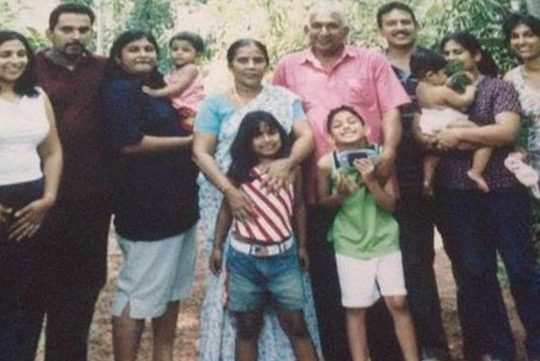 Easter Sunday. 8am. Out of the blue, my dad received a text from one of his friends asking if our family were safe. “Safe from what?” A pause. “Switch on the news”, the next text grimly informed us. We all bundled into a room and switched on Sky News. Emblazoned on the screen was the breaking news that Sri Lanka had been bombed by terrorists. Colombo, the capital, had been attacked four times.

Panic is a strange thing. I’d always assumed I felt it before – during exams I hadn’t fully revised for; before giving presentations in class; that moment in a job interview where you forget everything about yourself, including your name. But I was wrong. Panic is more than feeling a bit sweaty and nervous – it grapples your insides, stops you breathing. It makes you vomit. It is every fear, every choking terror you’ve ever had, revealing itself in vivid colour.

My entire family lives in Colombo. My parents migrated to the UK in the 80s, but my grandparents, aunts, uncles, and scores of cousins are dotted around Colombo. Everyone I love and hold dear lives there. The news reporter chimed on adding that three churches in Colombo had been bombed and we all lurched, no one having the words to express the horror we were feeling. My aunt and uncle are devout Christians and we knew they were attending communion that day.

After a tragedy, there are some things which are hard to talk about. And some things which are just impossible. There are no words to express the horror and the dread of having to pick up the phone to see if your family are still alive. Of hearing the dialing tone endlessly beep on. The feeling of being so disconnected and far away, useless. Knowing that if something had happened, you would be the last to find out, because who would tell you? You’re nearly 6,000 miles away and oceans apart. You’re not really part of it, you’re not a main character here: sit back down.

Being part of a diaspora is complex. On the one hand, we’re as English as they come. I was born and bred in Kent and went to university in Cambridge – a cliché picture of an English upbringing. Yet, there’s still a deep, unshakeable connection to my homeland. It’s the place of love, where we all come together and connect – last summer, my family threw a graduation party for me in the Shangri La Hotel. The same Shangri La was one of the buildings bombed on Sunday.

However, while Sri Lankans are grieving, across the world it seems that our pain is only felt by a few. On the day Notre Dame burned, my entire Facebook feed was filled with statuses. Instagram was teeming with people posting pictures of their trips to Paris, mourning the cathedral. It trended on Twitter for days on end.

Where is that energy for Sri Lanka? Within a few days of the fire, a cool 1 billion dollars was raised for Notre Dame. Although there isn’t a definitive figure, we know that the Sri Lanka Red Cross Society has garnered less than £100,000, whilst just over £54,000 has been raised on the main GoFundMe initiative for Sri Lankan victims. The contrast is astounding – Malcolm Turnbull called for an Australian fund for the restoration of Notre Dame. But Sri Lanka? Oh, just “love and sympathy”. Al Jazeera also stated that Google searches for the cathedral outnumbered Sri Lanka attacks 7:1.

Currently, 359 people have been confirmed dead and over 500 injured. That’s 359 people who had lives, ambitions, quirks, dreams, hopes, goals. Hotel workers frying eggs and bacon. Little kids impatient to break their fast and finally eat some chocolate. People impatiently lining up for the buffet at the Cinnamon Grand Hotel hoping that they don’t run out of hoppers. Families, who were just praying.

The people who died could have been my family – in fact, I feel as though they were. Sri Lanka is the home of my family, my friends and people who look like me. For every picture of the dead I see, I feel a jolt. They have those same familiar features that you only see in a Sri Lankan, features I see when I look in the mirror. Every girl who died feels like my sister, every boy feels like my brother. I grieve for them. I grieve for my home that I cannot really call home.

You can donate to the fundraising efforts for Sri Lanka bombing victims here.