Harry-and-Meghan is not ‘great news’ for interracial couples 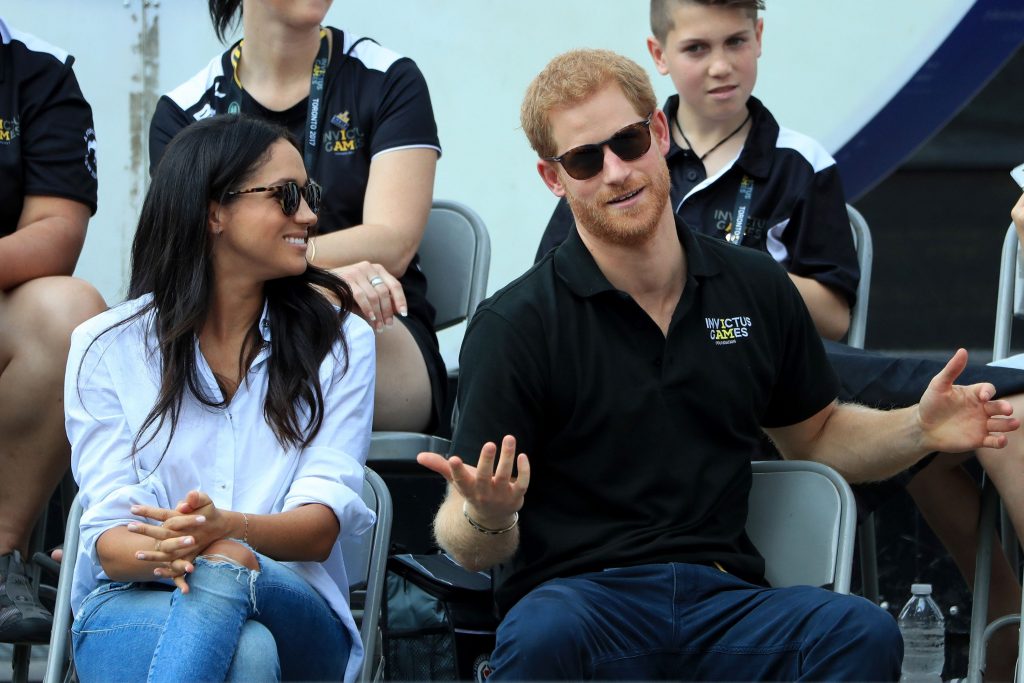 On Monday it was announced that Prince Harry is engaged to Meghan Markle – a half white, half black American. A mixed-race woman is about to become the first non-white member of the British monarchy, and I am conflicted.

Feelings about the Royal Family aside, my initial instinct was that the introduction of any kind of diversity to this country’s most historic institution can only be a good thing. There’s definitely a little girl inside me who wants to cry joyful tears at the thought of a black princess. But after about four minutes on Twitter and an avalanche of headlines screaming about Harry’s “exotic” choice of fiancée, I realised how this was actually going to go.

“A constant need to comment on a couple’s racial difference does nothing but flag up an inherent unease. In some cases, it can feel like a conscious attempt to reinforce the sense of otherness”

What struck me about the media’s response is the prevalence of fetishization. As a mixed-race woman with a white partner, reading the headlines, I felt my heart sink in recognition. An unsettling obsession with an interracial relationship thinly veiled as praise or support is something we experience all the time. Although questions and excessive interest may come from a positive place, it’s certainly not praise. A constant need to comment on a couple’s racial difference does nothing but flag up an inherent unease. In some cases, it can feel like a conscious attempt to reinforce the sense of “otherness”.

Things have changed since the 80s, when my parents (a black man and a white woman) would face overt abuse in the street when seen holding hands. Or my mother, out alone with a brown baby would be met with stares, glares and snide remarks. But this brazen disgust has morphed into something more insidious, yet arguably, equally damaging.

Interracial couples are currently “in vogue”. Mixed babies are coveted for having the “best of both” – the implication being that by mixing with white genes, blackness is made more palatable, more attractive. And I think this is at the heart of the fetish; the idea that you can pick and choose the aspects of a race that you find attractive, without wholly subscribing to it. It’s the same thought that leads to the appropriation of black culture, music and style – the desire for blackness without being black.

“Same-race couples, however gorgeous, are rarely subject to the same level of scrutiny”

There is also a worrying focus on the aesthetics. “You guys look amazing together”, “you’re a striking couple”, “your babies are going to be the cutest”. Interracial couples hear things like this all the time. And while it can be flattering to be told you and your partner look cute as hell together, you’ve got to remember that this obsession with aesthetic is often rooted in erotic spectacle. Same-race couples, however gorgeous, are rarely subject to the same level of scrutiny. Interracial couples are looked at and visually dissected with a distanced adulation similar to how we observe circus acts – a novelty open for public discussion.

For the Royals, being open for public discussion is part of the package, and it comes with the title of Princess. But while it’s understandable that the media treat Meghan as they did Kate – analysing her body language, outfits, conduct – it’s another thing entirely to base this scrutiny on race.

I’m not surprised that the media have jumped on the interracial angle. It’s a seemingly irresistible topic. We’re already seeing columnists writing about “thickening royal blood” with “exotic DNA” and borderline-perverse discussions about the attractiveness of their future mixed-race babies. The public own the Royals, and for an interracial couple I fear this scrutiny will inevitably meander down the well-trodden path of fascination with the “other”.

One headline in the Metro read: “It’s a great day for interracial couples and mixed race girls“, but I just don’t see how. I guess the hope is that a prominent mixed couple in a dominantly white institution will help normalise interracial dating and remove stigma. But so far it seems that Harry and Meghan have simply provided a free-pass to openly fetishizing the whole idea of dating outside of your race.