Unpacking the trauma of racist teachers: ‘He asked if my henna was dirt’ 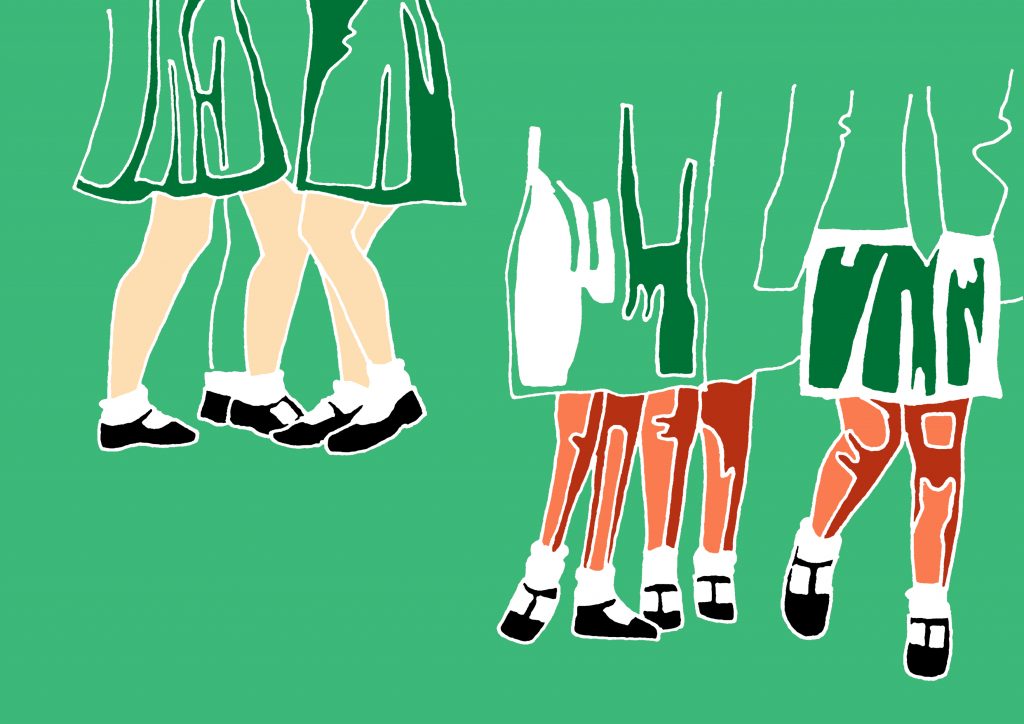 I will never forget my first day back at school after having been to my first proper family wedding in India over Christmas. There was mehndi (henna) patterning my hands, faded since its first application but still a beautiful reminder of a sweet trip. I was in my science class, and raised my hand to answer a question (the quintessential desi kid dweeb) – but when the teacher pointed to me, he wasn’t interested in my answer to the question.

“What’s that on your hands?” he asked with a frown. I explained, realising that on the Isle of Wight it wasn’t exactly as though Indian weddings were a standard thing for most people, but my explanation of my cultural tradition left him unmoved: “Don’t you wash?”

This week in Wales, teacher Graham Pike is facing the sack over an alleged series of highly inappropriate comments. Like something straight out of a Goodness Gracious Me sketch, Pike allegedly insisted on calling an Asian pupil “Stan” or “Steve” because he couldn’t pronounce his real name; he is also said to have asked another Asian pupil whether the tune they were humming was “tribal or traditional”.

“Like something straight out of a Goodness Gracious Me sketch, Pike allegedly insisted on calling an Asian pupil ‘Stan’ or ‘Steve’”

The power dynamic and the ways in which a teacher in a position of authority can abuse that might materialise in so many different ways: Pike also stands accused of sexually-motivated comments and poking fun of a girl’s weight.

It brought back the time a French teacher spoke to me about how “my people” really liked bright colours and gold and singing in a high-pitched voice, didn’t they? She then proceeded to start some high-pitched wailing, to illustrate this, with a smile. I was mortified, as were my mates, but we didn’t say anything: the teacher was the person of authority in that room. There was also a deeply upsetting assembly with a white supremacy narrative that I can’t get into without feeling ill, but that kind of rhetoric makes kids think it’s okay, and also makes children who are in some way marginalised feel like they can’t speak out – surely the adults have your best interests?

This is not an unusual thing: at the start of 2019, figures in Scotland suggested racist behaviour from school teachers was going unreported. Last year a teacher at a private school in England was fired for a series of racist comments, including telling one pupil they were “pretty good for a foreigner” and another that they should be put “on the next boat back to [redacted]”.

When you go to school as an ethnic minority, you end up internalising a lot of things – the extent of which I am still unpacking today, but suffice to say my classmates calling me “Taj Mahal”, “Raj”, “Kulfi” etc because “Tara” didn’t sound Indian enough was, in retrospect, a very weird time (to put it mildly). White kids using the n-word, anti-semitism, being casually misogynistic and homophobic in the name of “banter” was unfortunately pretty standard, while us handful of minorities would turn ourselves into a punchline (“how fucked up”, my British-Chinese school friend says looking back, “That we thought jokes about our ethnicity meant we were accepted?!”). Obviously, this stuff has severe repercussions on your sense of self-worth then, and even later in life.

“I don’t resent my classmates for their racism. Teachers set examples and both implicitly and sometimes explicitly enable derogatory language”

But I don’t resent my classmates for any of this stupidity. What I find fascinating is the role of teachers – the examples that they set, the implicit and sometimes explicit enablement of derogatory language. In the case of Graham Pike, the allegations at least show that the othering, bullying, racialised interactions are not being normalised: kids are starting to call it out. And this is what needs to happen, increasingly, not least because teaching is a predominantly white profession – indeed, BAME teachers face much racism in schools (the teacher of Indian origin at my school was mocked mercilessly for her accent).

Whether you’re the minority in the room or not, unfortunately the onus has to be on kids as much as actually respectful teachers to call out this behaviour, and for every parent to let their kids know the boundaries of what is acceptable. Marginalised kids shouldn’t have to keep quiet, but the structures of power might keep them that way unless we start taking action: teachers need to face repercussions for behaviour that might well leave marks for life.