Brexit could collide with Mercury Retrograde and we’re spooked 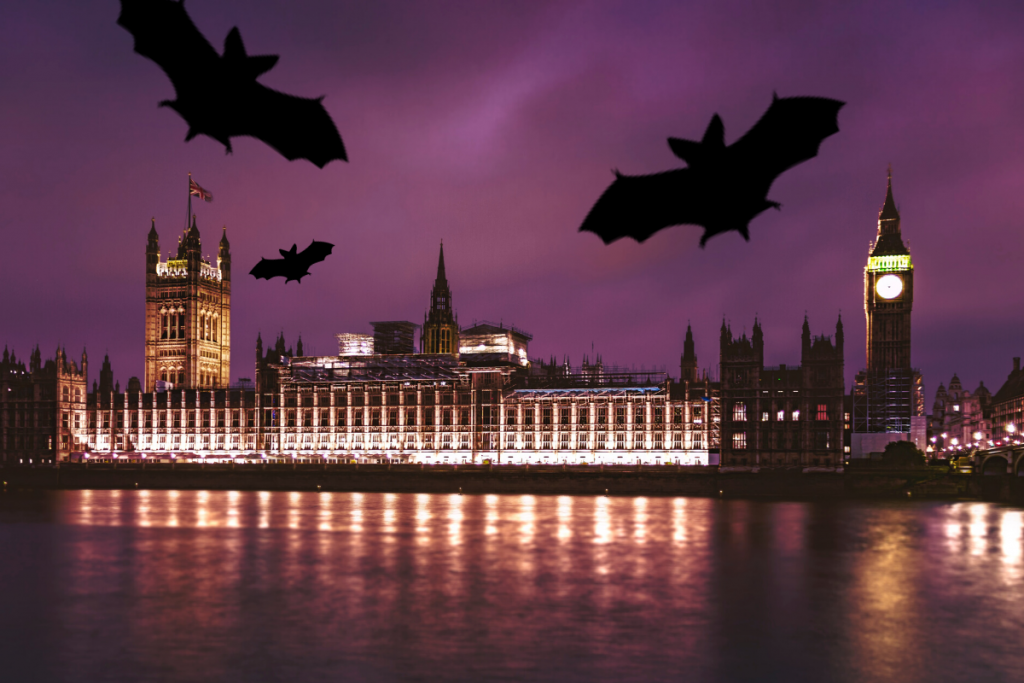 At a time of political chaos and instability, it can feel hard to stay grounded and abreast of the happenings in Westminster. Looking to the skies for explanation can feel like the most reassuring way to find answers – whether it’s through reading salty Co-Star advice or turning to our horoscopes of choice. So, as it turns out that Brexit could coincide with Mercury Retrograde on 31st October (Halloween!), it seems worth our while to analyse this week’s Brexit nonsense through the lens of astrology.

The latest segment of Brexit business kicked off on Monday with the Queen’s Speech, a formal parliamentary event which marks the state opening of parliament. The speech is written by the prime minister and delivered by the Queen, and is usually a dull shopping list of half-baked parliamentary promises and aspirations. The content of this week’s speech was dry and predictable: Brexit, law and order, and a pallid reference to the environment. Clearly, the UK’s flip-flopping Gemini prime minister (need we say any more?) via his royal mouthpiece is working hard to maintain the status quo. This suits the Queen and her Big Taurus Energy, especially given that it’s Libra Season, and that the royals enjoy a life of luxury built on nothing but irrational birthright and hundreds of years of genocide and white supremacy.

The emphasis in the speech on law and order – tougher prison sentences which will affect people of colour the most, due to our disproportionate representation in the prison system – confirms that as the Sun squares Saturn in Capricorn we really get to see the extent of Boris’ sociopathic coldness. This aspect shines a light on his fragile masculinity as it emphasises his domineering need for authority to expressed through feeble grasps at some semblance of social stability.

“The stage was set perfectly for Boris and the Queen to maintain his conservative regime, bringing out the worst bits of Taurus’s fixed sign sensibility”

At least we can find solace in knowing that this difficult aspect occurring between the current Sun and planet of restriction and tough-love Saturn will have given Boris a healthy dose of nerves during the reading of his speech. At the same time, as the Moon in Taurus squares Pluto in Capricorn these two stubborn earth sign energies coming together in an intense, emotional, and compulsive tension means the stage was set perfectly for Boris and the Queen to maintain his conservative regime, bringing out the worst bits of Taurus’s fixed sign sensibility.

Today, after meetings at European Council in Brussels, Boris Johnson is scrambling to gather support to get his Brexit deal finalised. While EU president Jean-Claude Juncker has said he is “ruling out” an extension, it’s unlikely that the European Council will settle on something that they’re not totally satisfied with, so expect much more wrangling over details. Uranus is freedom-seeking and although Boris might spin an enticing deal, the European Council will be reluctant to let go of the core elements of their argument.

Things aren’t looking very tactful for Boris should he have to ask for an extension of Article 50 to the end of January 2020. There will be an undertone of desperation in his words, and any resentfulness he feels will dominate his tone. The Moon in Cancer also has him in his feels about the situation and will totally emasculate him; bring on the water works!

“Early next week, as Mars Squares the North Node, parliamentarians will be feeling remorseful”

Early next week, as Mars Squares the North Node parliamentarians will be feeling remorseful, and experiencing almost a “deja vu” frustration, since action planet Mars is having it out with the Moon’s node who loves, loves, loves teaching us tough lessons. MP’s will be confronted with the bamboozlement everyone is feeling about Brexit, and will be reminded of a sense of letting citizens down.

The worst isn’t over next week though: hol’ tight and strap in for when mercury retrograde begins on 31st October, the date Boris is desperate to finalise Brexit by. Thanks to this chaotic period, the likelihood that anything will go forward as planned is small. Mercury retrograde is all about planning and regrouping; not making a drastic change. This retrograde is notoriously a bad time to sign contracts, and if it’s done during that time, expect many more mishaps to come.