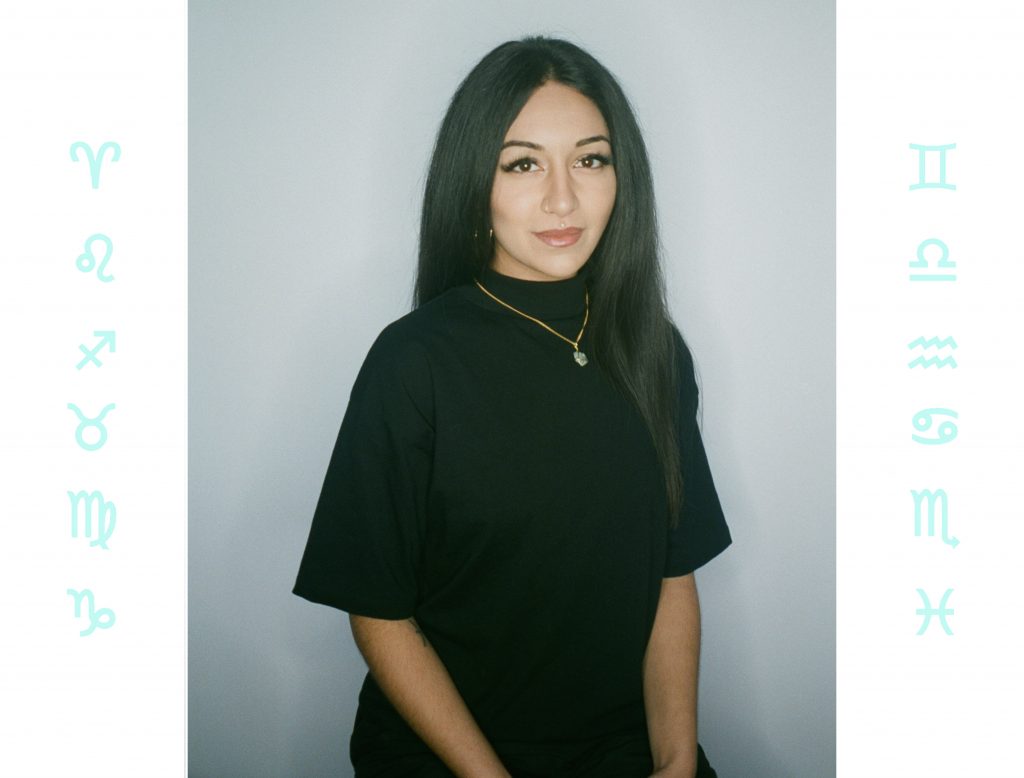 ”Hello and welcome! I’m your new astrologer Marissa Malik (she/they), and these are the first of many words I’ll be sharing with you about life, love, and the planets above.

Before I dive into what the skies have in store for us this month, I thought I’d share a bit about my journey with astrology. Few other things in life have given me the affirmation, joy, confusion, and dizzying sense of wonder that astrology has, so this opportunity to share its magic with you fills me with the same excitement I felt as a child about to jump into a pool on a hot summer day!

When astrology entered my life as a preteen, I greeted it with raised eyebrows and folded arms. I was convinced that there was no way anyone was going to reduce me to a few lines in a magazine page; leaving my character, fortune, and habits vulnerable to collect dust on a coffee table. But it was from this place of criticality that I began delving deep into its inner workings. I’d check out books at the library and read every badly coded website online to learn as much as I could. This work ebbed and flowed throughout my angsty teen years, and as I gained confidence I’d do small readings for friends in my bedroom. The stars gave me my “ah-ha!” moment, though, in my early 20s when I started seriously dating someone and realised they had the same birthday as two of my past exes! I took this as a sign that it was time to start paying closer attention to mysticism and spirit and giving it serious space in my life.

“When astrology entered my life as a preteen, I greeted it with raised eyebrows. I was convinced that there was no way anyone was going to reduce me to a few lines in a magazine”

The more I learned about astrology the more I realised I had judged astrology by the pulp articles capitalism abuses it with. I learned that it’s so much more than sweeping generalisations, strange statements, and assumptions made based on your Sun sign. Astrology is a beautiful, ancestral medium that people have been using in different capacities for thousands of years to translate our relationship to the Earth and cosmos. It gives you a special relationship to each star, planet and asteroid, that can never be taken away from you, and recognises your life as significant on this Earth as both an individual and as part of a community. This notion has affirmed me through times of loneliness and interpersonal conflict.

I also learned that astrology isn’t here to tell you what to do like some sort of authoritarian leader. Rather, it calls attention to different areas of your life that you may be avoiding, naturally less inclined to think about or forget to embrace. It’s a grounding principle and a mindfulness practice; all situated under the beautiful umbrella of care. This has always been especially important to me as a queer womxn of colour constantly feeling excluded from the religious institutions I was born into, and the white Western spaces I’ve had to move through for the entirety of my life.

“Astrology is a beautiful, ancestral medium that people have been using in different capacities for thousands of years to translate our relationship to the Earth and cosmos”

Astrology has given me permission to reconnect with spirit and the rhythms of the universe in a way that doesn’t frame my power as submission to a patriarchal God figure, and I’m forever grateful for it.

It’s my hope that you can take what you need from my horoscopes no matter what stage of your astrological journey you’re on. Always remember that astrology is here to work with you and your needs. Use it in the ways that you want, whether it’s like your best friends hyping you on a sick outfit you’re wearing, or a personal trainer kicking your ass at the gym!