How Diwali has helped me find home in unfamiliar places 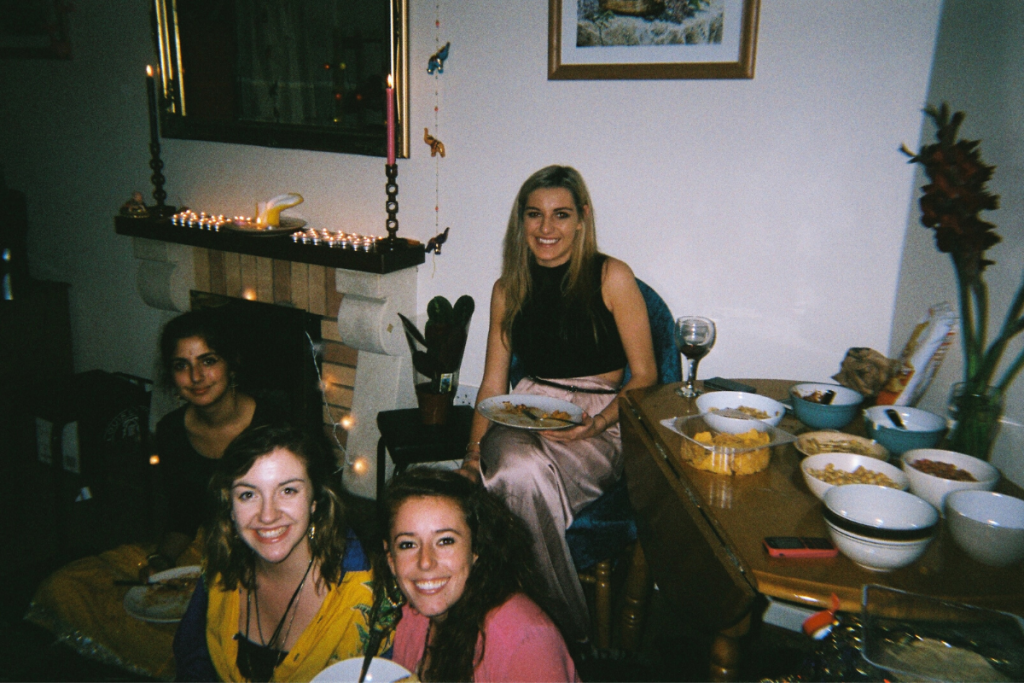 The Diwali celebrations of my childhood were formative for me. The Isle of Wight desi crew is necessarily close-knit, and to this day the politics around the celebrations of the Festival of Light remain deliciously intricate and intense there, like some kind of brown prom committee battling it out for the best party possible. I haven’t made it back for the big island festivities in recent years, but as a kid it always meant a rare outing for our traditional clothes, a chance to play with sparklers and eat samosas with your extended local immigrant family, and watching as the uncles, emboldened by a peg of whiskey or two, got more and more daring with the fireworks in someone else’s back garden. There was an easy, fond joy to it all.

Equally glorious was going to spend it with family up in London, hanging out with cousins who were more like siblings, feasting on decadent food and throwing “bang snaps” on the ground. There was even one year where we went to India – my memories of that are hazy at best – but I remember we were in Bangalore, and there was a firework that coiled on the ground like a burning black cobra.

As I make preparations for Diwali 2019, I’ve been thinking a lot about the Diwalis of my past. Not just the ones I celebrated as a kid, though. Figuring out my cultural identity while growing-up was, I have come to realise, the relatively typical experience of UK desi diaspora kids in the countryside. Not really able to understand which “home” I was from, laughing along with weird racist jokes about me and aligning myself with Britishness and whiteness as much as was possible – celebrations with family and extended local, not-actually-related family felt a very separate part of me compared to the person I was with my school friends (the exception being a year where said friends came over for Indian dinner, and one white guy brought bronzer with him to “dress-up”).

Anyway, then I went to college in Dublin. My friends were mainly Irish people who, very often, had not really encountered people of colour before. At the same time, I was getting homesick – removed from the structures of family, and in a place where I didn’t know any Indian people, the value of my heritage and culture was becoming more and more apparent. University was a strange balancing act of trying to embrace my roots while not wanting to perform some kind of Indian exoticism for a white gaze, or indeed be an outsider (when you are a socially anxious introvert, the latter is sort of an eternal concern).

In my first year, Diwali happened to fall pretty early into my first term as a fresher, around Halloween, and I was so swept up with new people and routines that it passed by without much more thought than making a passable daal that day. But in my second year, I was sad – it was a grey, miserable day, my parents were in India so out of my timezone, my flatmates had exams and no one else I knew in Dublin seemed to know that it was any particularly special day. I felt very alone. Between class I bumped into some friends, and we wandered through the Jervis Centre off Abbey Street because one of them needed a new hoodie. One friend asked why I seemed so low, and as soon as I explained, he got out his phone and looked it up: “dih-wah-lee”, as he would say it.

He invited me to come hang out with a couple friends that night, something low-key, he said, just so I would have some company while my housemates were late in the library.

I don’t know what time I got there – just that I walked through the dark, cold October evening to their place and was greeted by his all encompassing enthusiasm. He led me up the stairs, bounding through the flat door and there they all were: the laughing faces of recently-made friends, bathed in aura-like pools of heat and golden light from what must have been at least one hundred glowing tealights and candles dotted around the flat. There were plumes of smoke from people’s mouths, mixing strangely with the incense sticks placed on the mantelpiece, and a surreal sitar playlist someone had found.

Sure, this was sesh-ier than what is traditional in my immediate family, but I still couldn’t really believe that I had friends willing to put this much effort in to cheer me up – friends who weren’t even from my culture, had never even heard of Diwali before, but who were immediately so enthusiastic to learn. Then we ate M&S samosas someone had brought, and drank wine as I told a fragmented, from-memory version of the Ramayana and played them some of my favourite Bollywood songs. We laughed about things that probably weren’t actually funny, and for that night at least my racial otherness felt less apparent and welcomed.

Looking back, it’s a night that I will always think of as making me feel like I belonged somewhere, as painfully cheesy as that sounds, because they had done this for me. It was beautiful, and at one point we went out onto the roof, a bit giddy, and stared out at the colourful Dublin city lights, as though everyone out there were celebrating Diwali too.

In the years that followed, celebrating Diwali away from home also became a personal way of celebrating my culture with my friends; food and drink and fire hazards, while my mates would share stories from their own familial mythologies: it became a surreal but happy annual tradition.

The origin of the Diwali story and the reasons we celebrate, and even the specifics of the deities worshipped during the period, vary throughout South Asia – and indeed across the world, in places where people from the subcontinent have moved to or been displaced. But, generally speaking, it is about light overcoming darkness; a new start.

Now, when I think about Diwali, I think about the concept of building families, and building homes when we’re feeling far from our own; about feeling able to relax and be comfortable in yourself, in a community who understands you. My parents and their friends did it on the Isle of Wight, my auntie and uncle – who lived in London – did the same there too. Now I live in London, and I have more brown friends than I’ve had in my life – and I guess, accordingly, my Diwali celebrations over the coming week are no longer an event to quasi-perform my culture and its mythologies. But I’m still so grateful that in my transitory years to adulthood, I was able to find people who I didn’t feel I had to hide my heritage from, and who helped me discover a comforting, fond kind of joy in a new home.