How excited should we be about a black Ariel? 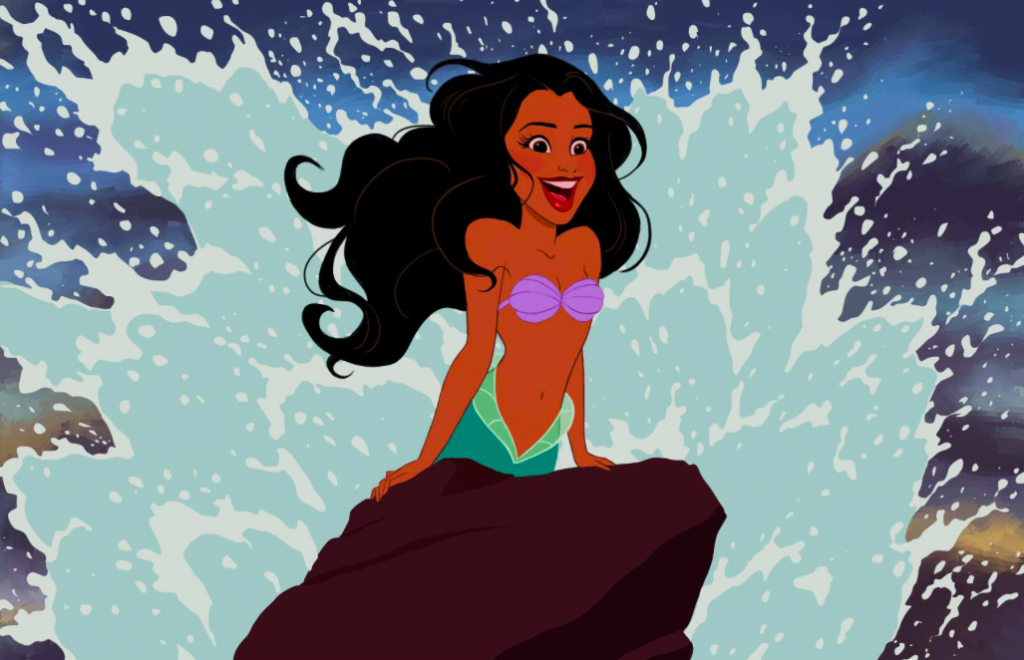 I scrolled past it on my timeline and had to do a double take… was that a black Ariel? I thought someone must have edited the character to make a statement and I was ready to retweet in favour of representation of blackness in Disney so I scrolled back…but this was different. Once I realised what I was seeing, the three words that made up the tweet described exactly how I felt: dream come true. Halle Bailey, a black woman with dreadlocks, had been cast as Ariel in The Little Mermaid.

At just 19 years old, Halle is no stranger to the spotlight since rising to fame along with her sister, Chloe, as Beyoncé’s protégés following their angelic rendition of Pretty Hurts. From YouTube sensations, the singing sisters quickly catapulted to celebrity status in the music scene, where their alternative-pop R&B sound constantly transcends the reductive boundaries often placed on the genre, and they’ve made their mark on TV, too. Chloe and Halle swiftly moved from featuring in just three episodes of the first season of ABC’s grown-ish to becoming season 2 regulars. Now, Halle is moving onto the big screen.

Funnily enough, I’m usually the first to say that representation isn’t everything but, on this occasion, I was grinning down at my screen almost uncontrollably. I couldn’t quite put my finger on why the excitement swelling up about a black Disney princess was grounded by such familiarity. Then, it clicked, and all the feels of my younger self watching Brandy’s Cinderella were gushing back – the awe of her beauty, the giddiness of seeing yourself in a character.

This very first black princess in a live action Disney film was premiered in 1997, and I was born the following year, so my childhood was sprinkled with this countless times, from before I can even remember. The dulcet tones of Brandy’s opening song The Sweetest Sounds were truly the sweetest sounds I’d ever heard; it was so entrancing to see a black woman afforded softness and grace on screen when, in the infrequent occasions that we were represented otherwise, it was clustered by tropes of anger and frustration.

When Brandy sang, “in my own little corner, in my own little chair, I can be whatever I want to be,” she taught every little black girl to dream, even when the world pushes you to do the opposite, to stay in your place, to shrink yourself and your aspirations. This sentiment continued on as Whitney Houston glittered onto our screens to remind us that “impossible things are happening every day”. Every little black girl deserves these moments of unfiltered joy, and Ariel will be that for so many.

Although black women like Brandy and Halle are constantly making the impossible possible, this doesn’t come without resistance. In the comments below Halle’s announcement post, there were already trolls mocking her appearance and claiming that it’s the erasure of Dutch representation (come on people, it’s a mermaid…) and all number of ridiculous arguments that never would have come up had someone white been cast in the role.

While these hateful individuals and their laughable “#NotMyAriel” crusade may seem insignificant, they’re just one manifestation of a history of structural erasure of people of colour in the media, with Disney having its own history of transgressions on this. When Aladdin was taken from cartoon to live action, the inauthenticity and orientalism was evident, with the film using accents that are “vaguely ‘ethnic’ as well as Indian and Western dancing styles meshed into what is supposedly a film based on an Arabic story.

On the cartoon side of things, Disney doesn’t fare much better. In Pocahontas, the “savages” trope is used reciprocally between the settler colonial English men and the Native Americans, as though Disney want us to appreciate equal misjudgement of both sides. This complete misrepresentation of “equal wrongdoing” between colonial powers and indigenous peoples is a thoughtless approach that has been widely criticised for being ahistorical. Thinking back to one of the other few characters of colour, Mulan’s classic ballad Reflection reduces her predicament to an individual one of needing to “find herself”, which according to scholar Amy Cappiccie, erases “Confucian philosophy about filial loyalty and parental duty” which pervaded Chinese culture at the time that the poem Reflection is based on, was written. Oh, and we can’t forget the time Disney animators had to redraw the company’s first black princess, Tiana, because her complexion in Wreck It Ralph 2 was a completely whitewashed version of the original from Princess and the Frog.

So, representation isn’t everything, especially when it… isn’t representative… but it can be powerful. Research in developmental psychology indicates a correlation between representation and mental health, L. Monique Ward found that “black students who connect with and compare themselves more strongly to fictional black characters… report higher self-esteem.” That’s why, despite all the Disney drama, I will be joining the black adults who flock to pack out every showing (loads of us without kids, or finding kids of friends and family members we can take), because The Little Mermaid could have a huge impact.

In a world where black women are constantly depicted with monolithic personalities, including two traits: anger and sassiness, the power of a black woman playing a mermaid who is afforded a holistic character is powerful. Ariel is dainty, carefree, light-spirited & curious as well as strong-willed and decisive. This roundedness of character is true of all of us. That’s why a young black woman who has taken not just the music industry by storm but fashion, TV and now the big screen, is undeniably suited for the role. With each new sphere she steps into, Halle defies the limitations the world tries to put on black women. So this is a dream come true. I’m living for black Ariel because I crave for young black girls to feel the way I did when Brandy’s Cinderella was on my screen: seen, worthy and magical.