I was admitted to hospital during my second psychotic episode after taking out my hearing aids two years ago. We need to speak about mental health in the Deaf community. 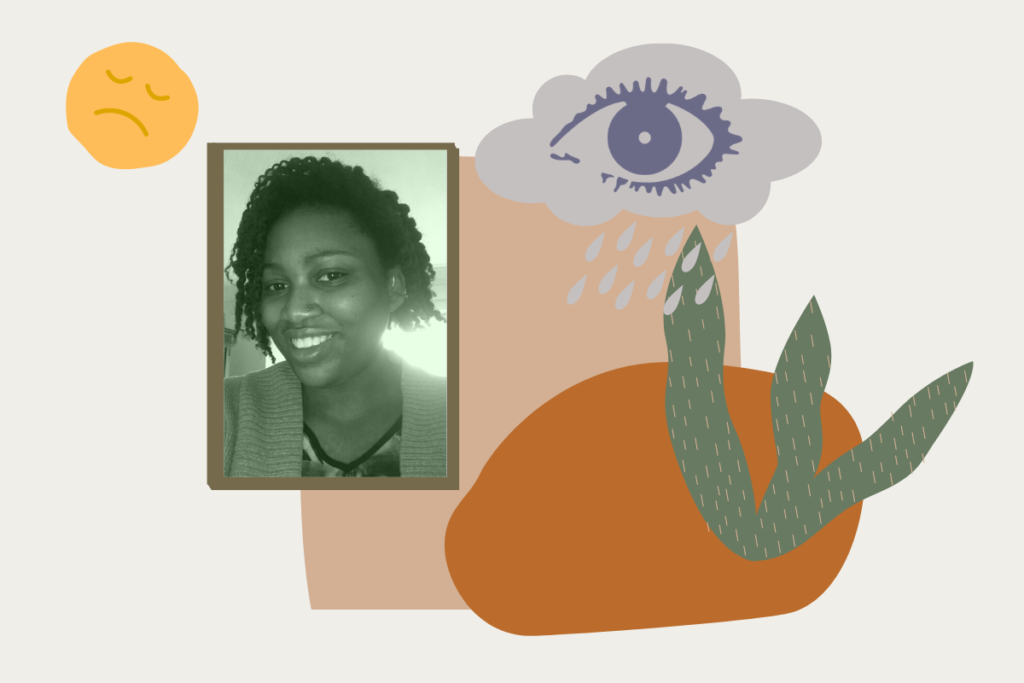 In January 2018 I was admitted to a mental health hospital because I had a psychotic episode. It was my second one and I thought it would be my last.

Psychosis is when people lose some contact with reality. This might involve seeing or hearing things that other people cannot see or hear (hallucinations) and believing things that are not actually true (delusions).

My mental breakdown must have begun when, after taking them religiously for four years, I stopped taking my antipsychotics in October 2017 because I concluded I was better. I didn’t realise I was only feeling better because of the medication that I’d been on since August 2013.

Leading up to my psychotic episode, I saw laughing clown dog faces whenever people smiled radiantly at me. I also saw the numbers four, 13 and 14 when I drove my car on the road and looked at registration numbers and street signs. These numbers would appear on a digital clock like it was a sign of importance. I wasn’t alarmed at all and didn’t realise these were warning signs of psychosis kicking in.

On the night before being admitted, I took out my digital hearing aids. I found every sound overwhelming – my head would throb. I stopped wearing them for those long three weeks in the hospital. During this time, I was convinced I would write a book about my deafness.

When I was three I was diagnosed as Deaf after failing my hearing test at eight months old. I have bilateral sensorineural severe to profound deafness. This means I struggle to hear without my hearing aids and hold a conversation.

I had always felt my hearing aids were forced upon me for almost all my life. I wore them all the time without fail and I’d chastise myself for not catching every single word like a hearing person would. I really was hard on myself trying to live up to standards I couldn’t maintain. And, of course, this didn’t help with my mental health – I was depressed about my hearing loss amongst other things.

For some reason, I didn’t let my deafness affect me much growing up – maybe because I didn’t know any better. I did, however, feel empty inside because I couldn’t relate to others around me. Growing up I was the only Deaf child in mainstream schools and the only Black, Deaf person in my university.

People from both ends of the hearing spectrum couldn’t believe I was Deaf. Hearing people said I wasn’t Deaf as I can speak well and “cope” in the hearing world. Deaf people said I was “fake Deaf” as I could do hearing things like listening to music. I didn’t know where I belonged.

I remember having so many people not taking my deafness seriously and challenging me about it leading up to my breakdown. I thought my deafness caused my psychotic episode this time round in January 2018.

And on top of that, Black and minority ethnic communities are at comparatively higher risk of mental ill health. And African Caribbean people are three to five times more likely to be diagnosed and admitted to hospital for schizophrenia.

So, imagine being Black and Deaf with mental health problems?!

One of the reasons behind higher mental health problems is because our social and economic surroundings don’t match our needs. It’s a battlefield out there for us Black, Deaf people dealing with mental health.

“I was the only Deaf child in mainstream schools and the only Black, Deaf person in my university”

We as Black people know how refreshing it is to not have to explain our Blackness or experiences to mental health professionals. This, however, is not easily achievable for Black, Deaf people, so we suffer yet again trying to access services to suit our requirements. There are only two main mental health organisations in England especially for Deaf people – SignHealth and Deaf4Deaf, neither of which have Black, Deaf professionals within the company.

During my psychotic episode, in 2018, I remember writing both in my journals and online before going into hospital. I thought I was being watched all the time, even in the shower. I remember when I was in the mental health hospital I truly believed I was on the reality TV show Big Brother and that there were cameras watching what I was saying and doing. I honestly thought the fire alarms had cameras in them too.

I remember talking a lot and feeling more connected with nature. I could see the birds in the trees and I contemplated that they were alerting other animals about my predicament. I also believed my moods controlled the weather.

I’ve been feeling broken for nearly 30 years now. But, it took me becoming a mother to a child who has unilateral deafness in high frequencies mild to moderate to make me realise I am not broken.

My child taught me I can choose to wear hearing aids. It made me feel I don’t have to be held hostage to my own and I can switch them off or on when I want to.

Next time you interact with a Deaf person you must realise they are battling for survival in the hearing world by whatever means. For us Black Deaf people our skin is more visible than our deafness. I really wish it didn’t take a psychotic episode for me to realise I had to embrace my deafness and be kind to myself. But it did. I am grateful I survived it all though. I really am.

I hope my child can see me as a positive role model. I hope my child doesn’t feel alienated because of their deafness, as I did. By learning British Sign Language, I hope their Deaf identity becomes stronger as a result.

My child will have the technology and support from a young age. I believe they will succeed where I haven’t in having a strong Deaf identity from childhood.