How to erase black women 101 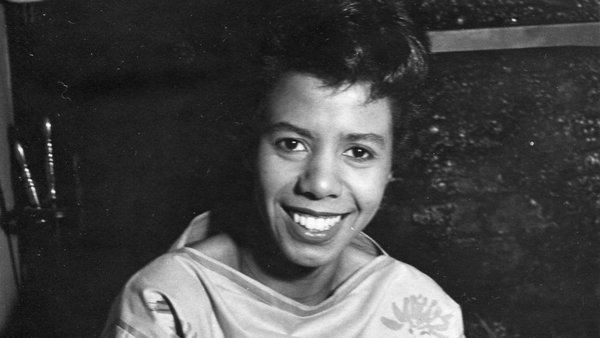 I love my life. I love all my woke sisters of colour and my white allies and friends. I love all the creatives and activists who are constantly creating the spaces that allow me, as a black woman, to be myself and not exist solely as “the other”. From poetry collectives like SXWKS who put on liberating events which talk back at power, to activist groups like Sisters Uncut occupying spaces to give back to communities, we are undeniably outchea. We are creating the reality that we deserve to be living in, defying the adage that there is no alternative to the oppressive structures that govern our “dog eat dog” world.

I love my life so much that I often feel sane and brave enough to peek my head from out of my safe haven back into the world of age-old institutions for whom my existence is still an inconvenient truth. And it’s so sad. I often forget why it is that we have to do things for us, by us and why it is these alternatives were created in the first place, and these brief moments always provide an unpleasant reminder.

‘I love all the creatives and activists who are constantly creating the spaces that allow me, as a black woman, to be myself’

In her introduction to Chinua Achebe’s African Trilogy, Chimamanda Adichie writes; “the strangeness of seeing oneself distorted in history – and indeed of not seeing oneself at all – was part of my own childhood.” I wonder how many black women today can claim that this statement does not resonate.

On a recent family outing to the theatre for my sister’s birthday, I came across a play called Les Blancs which was running at the National Theatre. Aiming to shed light on the anti-colonial struggles of 1950s and 60s Africa, the play carries the name of Lorraine Hansberry, an African-American woman, also known for her classic A Raisin in the Sun. In fact, whilst Hansberry began writing the play before her premature passing, her Jewish ex-husband, Robert Nemiroff, adapted it into what audiences witnessed.

Bar a few lines of Xhosa early on, not one black woman speaks throughout this entire play. Not one black woman in this play has a name, a story, her own emotions and complexities or any agency in the situation whatsoever. Of course, there are a number of black women on the stage at various moments. There is the woman who sweeps the front porch, the village women who speak only in a language the audience is not expected to understand and even a spirit, played by a woman actress, whose presence seemingly denotes enlightenment.

As the black women roamed the stage silently again and again I was reminded that black bodies are too often just fodder for entertainment, even when race and oppression is at the centre of the discussion. Sadly, I failed to be surprised that a redaction of a period in history presented an alternate reality where, whilst the revolution was taking place, white men pontificated whilst black women swept the porch.

This phenomenon of straight up erasing black women (and often black men too) from history has not gone undocumented. Analyses of modern “urban” culture has highlighted the aesthetic put forward as one in which the men are always black and the women are usually white, if not mixed race as some sort of misleading compromise.

Hundreds of years later, black Georgians and black Tudors are slowly being written back into British history and, today, so many black women, from academic Emma Dabiri to filmmaker Cecile Emeke, are working to make us visible, for starters, and to tell our stories and highlight our struggles. Yet, I battle daily with the reality that whilst we actively invoke social change through creating our own alternatives and embarking on journeys of personal transformation, dominant institutions are incomprehensibly skilled in pretending we don’t exist.

Last September, Little Simz, arguably the best lyricist currently active in British music (tweet me, we can get into it), released her debut album. The overwhelming whiteness of this year’s Brit awards did not go unnoticed by independent music blogs and mainstream media outlets alike. Indeed it was difficult comprehend how a mainstream music institution had, seemingly without realising it, managed to completely erase entire genres out of the conversation.

Little Simz’s uncompromising artistry and undeniable talent should have her drowning in plaques. Yet, along with Lady Leshurr and FKA Twigs, as well as the chart topping Skeptas and Stormzys she was completely unacknowledged as we sat and watched our own erasure live and direct. The structural causes of this mishap were explored by everyone from Big Narstie to The Guardian and next year’s awards will perhaps prove that lessons have been learned once and for all.

Getting credit from corrupt institutions, in place to uphold the status quo, is understandably meaningless to those who wish to challenge it. Yet, as I sat and watched the voiceless black women who roamed the stage during the production of Les Blancs, I couldn’t help but feel exasperated by the ease with which we were blotted out. All the work, all the talent, all the magic that black women possess and still, in 2016, a play set 60 years ago, has no room for a single one of our voices? Like the black Georgians and Tudors that came before us, must we too wait centuries before it is recognised that we were even here?