How 2 text ur crush: the influence of technology on your flirting 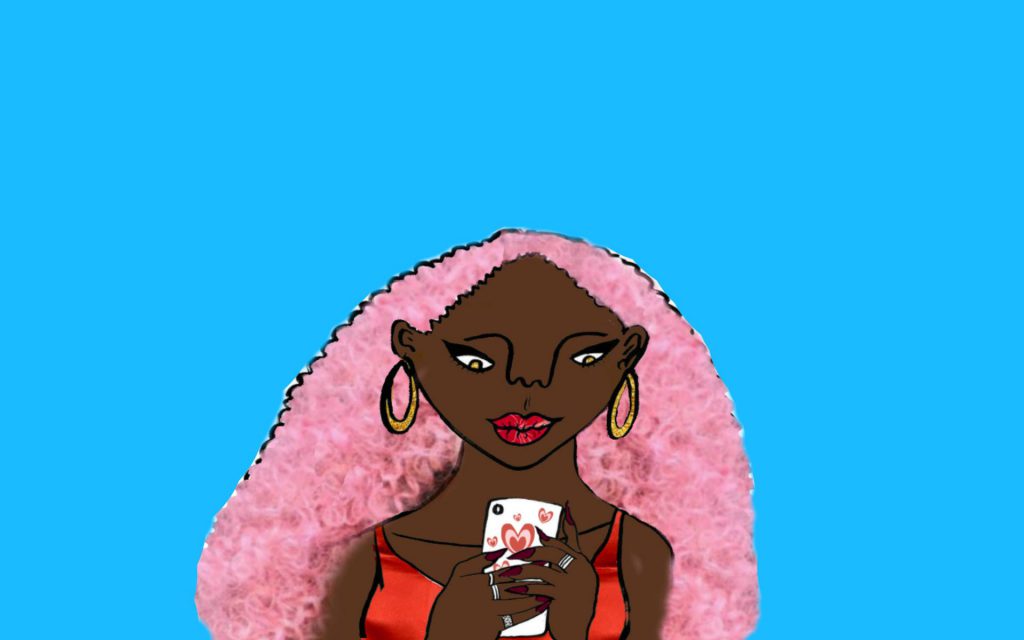 Finding a relationship in 2016 rests on the relationship you have with your phone. With apps like Tinder, Snapchat, and Whatsapp, messaging services like iMessage, and “smartphones overtaking laptops as UK internet users’ number one device”, whatever your preferred way of communicating with your crush is, you’re probably doing it on your mobile.

In her article “Why every music video in the early 2000s was about destroying your cell phone”, Sasha Geffen writes that the mobile phone’s “debut in pop culture at the turn of the millennium signalled a whole new breed of paranoia.” At one time in our culture, it was acceptable to have a healthy mistrust of your mobile and the fact you could be contacted anywhere, by anyone, at any time. By contrast the 2010s has brought out a plethora of pro-phone songs, like ‘Call Me Maybe’, ‘Down in the DM’, and Adele’s ‘Hello’.

Whilst we might think that we’re the ones in control of our love lives via our phones, the technology itself plays a role in commanding how we chat people up, often without us realising. The evolution of the mobile phone has led to the evolution of the way we chirpse, and the best way to get better at the latter is by exploring the former.

Case of the x 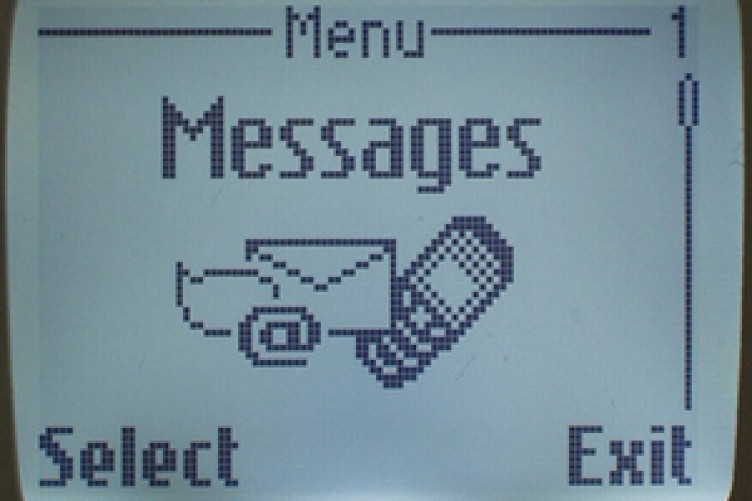 Here is the scene: five of us in the gal-dem offices, poring over an iPhone screen, trying to help one compose a message to a crush.

“You should put a kiss at the end,” says the one of us in a long-term relationship. The rest of us turn up our noses.

“You can tell you haven’t been in the game for four years,” I say.

The x, for as long as texting has existed, has been one of the more blatant text signs that someone was feeling you (the more x’s at the end of a text, the more you could assume that a person was interested). Imagine it’s 2002 and you’re texting your crush on a brand new Nokia 3310. SMS messages, the OG form of texting, only consisted of 160 characters per text, so any longer and you’d find text messages arriving to your inbox in multiple parts. There was no space for rumination. This is how because became “cos” and you became “u”. It also became common to sign off with a kiss or “x”, like you would a greetings card, to signal the end of a text (rather than the end of conversation).

This brevity is in contrast with online messaging services of the same era such as MSN messenger and AIM. Online chats flowed more like a conversation; visually, all messages to the same person followed on from each other in the same thread. Instead of sending a kiss after every message, you would only send a kiss at the end of your conversation: “g2g bye x”

Then, in 2008, Facebook introduced its Facebook chat feature. This quickly overtook most other forms of online messaging services of its ilk (RIP MSN messenger, ’99 – ’14). Instead of asking your future boo for their email for messenger, their full name for social media and their number to text them, Facebook combined all those features into one. Though 2009 saw users of MSN and AIM decline, it also saw the rise of smartphone ownership. iPhone then introduced MMS messaging to compete with other smartphones on the market and, with MMS messages, users could send pictures, videos, and messages longer than the 160 character limit.

With MMS, text abbreviations stopped being a necessity and became a turn off. Texts also started appearing in threads, such as the iPhone’s green and grey bubbles, mimicking online messaging services. There was no longer a need to sign off with a kiss each time. Of course, the x still held on for a few years; those with the older phone models would still receive texts individually even if the smartphone user received them in a thread, but now that 75% of adults in the UK own a smartphone, the x is rare on these texting streets.

In its place we now have emojis. Or not. Let’s talk about it.

To emoji or not to emoji? 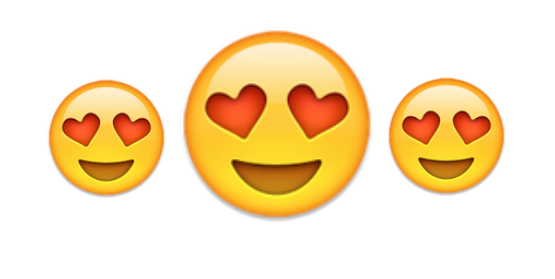 SMS messaging is currently on the decline, as most smartphones allow for internet messaging services such as iMessage and Whatsapp that essentially allow users to text for free. This means no stress about running over your text limit for the month, and an emoji alone can become a legitimate text response. They’re pretty tame though, so we, like the sex-obsessed humans we are, have managed to sexualise aubergines and peaches to add an extra kick of character to our sexts (*looking eyes emoji + aubergine emoji + water droplet emoji* you know what I’m saying?).

Except, emojis are pretty polarising. When I polled 20 of my friends about what might put them off about the way someone communicates via text, 20% of them listed heavy use of emojis. Emojis are an imperfect art, lacking the clarity of words. It’s easy for one emoji to mean different things to different people. I was talking to a friend recently about how I was confused that I might have given someone the impression I was interested in them by accident.

“I just sent them a monkey emoji,” I said.

My friend grimaced and asked, “which one?”

“The one covering its eyes.”

“Mate,” she said, shaking her head at me, “that’s where you went wrong.”

Accidentally flirting via emojis possibly predates emojis themselves. Before emoji there was the emoticon, and it’s all too easy for quick fingers to type the ever suggestive ; -) instead of the well-meaning :-). On top of that, emojis look different depending on what platform you’re using to receive them. For example, the dancing woman in a flamenco dress on an iPhone will show up on a Galaxy S7 as a kid mid-nae nae in jeans and sneakers. The room for interpretation in standardised Unicode is a catalyst for emoji misinterpretation. You should at least know what phone your potential bae is using before you delve into emoji use.

Fear of a blue tick 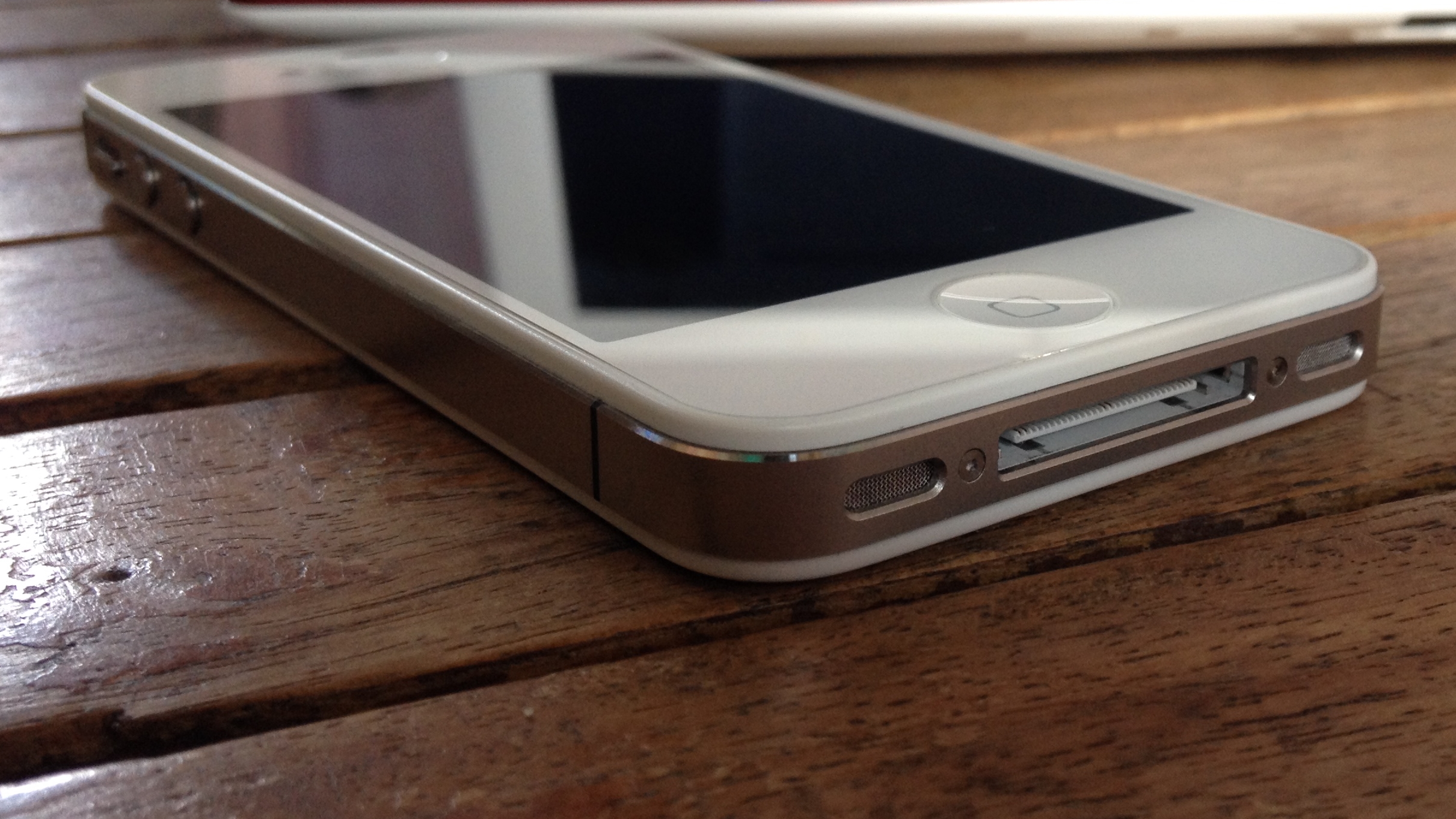 Other things high up on the list of communication ticks that turned off my friends were one word messages, long delays in replying, and straight up air. (As one respondent replied, “I will die before I double text, so if you’re on it you best reply to every message.”) Now that most internet messaging services come with read receipts, you can physically see someone ignoring your texts; no longer can you speculate that someone might have lost their phone. But does air always mean the end?

Recently, at a barbecue, an acquaintance of mine was lying in the garden exasperated that the dude she liked had not responded to her texts. “Text him again?” someone suggested. She looked at them like a lightbulb had switched on in her head. “Wait, I can do that?” She asked.

I’m the kind of person that mentally replies to texts but forgets to do it physically. I currently have 60+ unread messages on my iPhone, all thanks to message previews. I’ll leave texts unread as a means to make sure I know which texts I have or haven’t replied to, but despite this system, I still manage to forget (hence the 60 unread texts). Then I feel awkward for not replying after hours, sometimes days, and the longer time goes on the less likely I’ll be to get back to it. For me, a double text is a relief. It’s confirmation that I’m not being judged for being a flaky texter.

Sometimes, a noncommittal texter is not always a sign that someone’s not interested. When I polled my friends, one of them responded with this anecdote: “I was speaking to one girl who replied with short responses or didn’t answer messages fully and I just felt like she wasn’t interested…Then I found out she was dyslexic and it made sense. Then I got over myself and we would have phone calls instead.” Some people are just bad at texting. Honestly.

That said, I also asked in my survey how respondents dealt with unwanted advances and everybody polled responded with some variation on ‘block’ or ‘ignore’. If several of your messages are going unanswered don’t be that persistent person. Take the L and move on.

Fundamentally, though, it’s probably not that deep. New apps to bridge communication gaps are developed everyday, and with them come subtle changes in the way we conduct ourselves. The rules by which we spend time deciphering, analysing, and conducting texts today are not the same rules we’ll follow in a year’s time. Text what you want to say and go. There are far more fun things you could be wasting time with on your phone, like being the first of your friends to reach level 5 on Pokemon Go. You never know, your true love could be waiting at the next Pokestop.