I never thought I’d be abused by a woman 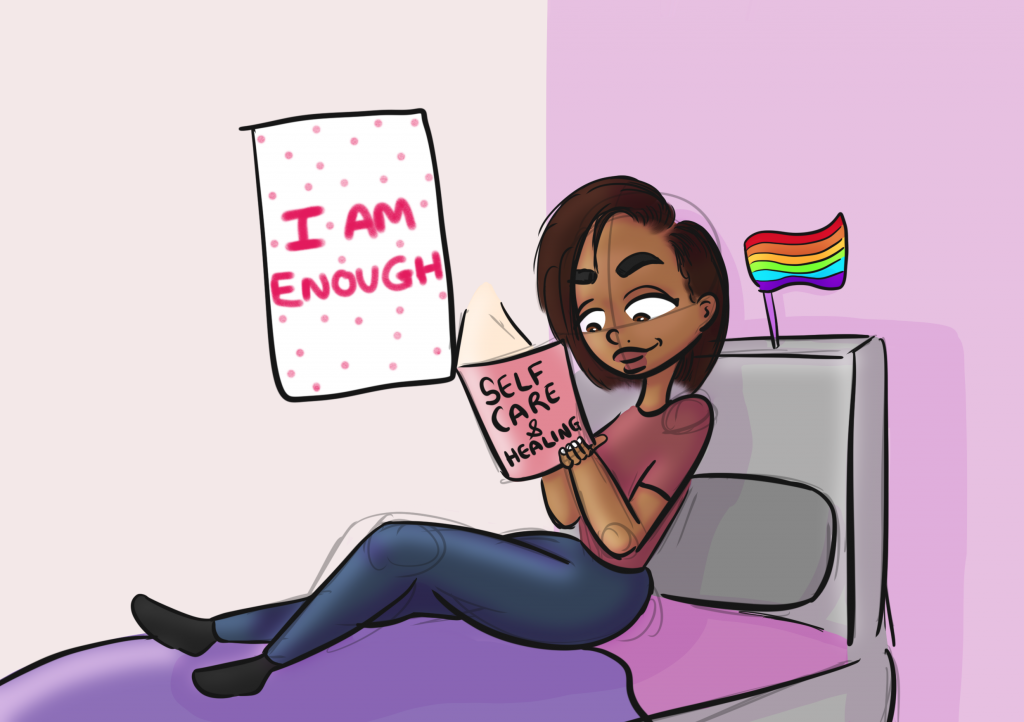 I believed in the femme for femme magic that people around me talked about. After years of forcing heterosexuality on myself, I thought I had finally found someone who loved me and loved my femme identity. She made me feel like no one else would love me like her, and that I wasn’t allowed to leave her. I was so naive to think that I was not going to be abused by a femme woman. But that’s exactly what abusers use, a kind heart, ears that listen and a body that gives. She used her manipulation techniques to find a place in my body, somewhere she could find safety, and in turn making me incredibly unsafe.

We live in a society that doesn’t talk about abuse and assault. It’s hard enough to break the stigma of suffering abuse in a heterosexual relationship, so much that we forget abuse can also exist in queer relationships, and when it does, we are not equipped to deal with it. I never thought I’d be abused by a woman because those are not the stories you hear. We are constructed to believe women are always victims, and men are always predators. We say love is love and to celebrate queer relationships. They are portrayed as fairytale, almost like they’re not real, with mostly entertaining and comical value. Which may be one of the reasons why we never talk about when things turn bitter, and when love becomes an anchor that your partner uses to pull you further and further down into the deep end.

“I used to believe that she could never do me any harm, because she was a disadvantaged member of society, because I held privilege over her, therefore she always had to be the victim”

Women and femme identifying people always get the worst treatment in society and queer communities, a fact.  But seeing a potential perpetrator always as the victim can blind you from seeing them as an abuser. This is exactly the tactic my abusive ex-girlfriend used against me. I used to believe that she could never do me any harm, because she was a disadvantaged member of society, because I held privilege over her, therefore she always had to be the victim, and never the perpetrator. I remember having a big fight with her at a queer people of colour event where she repeatedly shouted at me in front of dozens of people, and made me apologise to her for being a bad partner, whilst being so oblivious to the fact that I was the victim, not her.

You never see it coming. The word abuse is thrown around a lot, especially in the queer community. It’s one of those words that has been overused and misused and has almost lost its power and meaning. I was lucky enough to have friends, despite a well-known abusive tactic being isolating the victim as much as possible. My friends were the first people who made me realise I was being abused. I struggled so much to verbalise what I had experienced, and it took me a long time to believe that I was being abused. The moment that reality takes over is the hardest, because you begin to unravel all the manipulation you have experienced.

” I thought I would be safe with a woman, with someone who didn’t have such masculine attributes”

One month after I cut contact with my abuser, I realised I had also been a victim of sexual assault. This is something I had only experienced with men, and never a woman. I just never thought it would happen to me. Toxic masculine behaviour is what always alarmed me, due to what I had experienced with men as a teenager. I thought I would be safe with a woman, with someone who didn’t have such masculine attributes. But that is so clearly not the case. It’s almost like I thought I knew the formula to safety and then discovered all of my calculations were wrong.

She made me feel like my body wasn’t for me anymore, instead using it for her own validation. The place she found in my body felt like a disease that kept growing. There were nights when she would force me to stay in my own bed with her, using aspects of femme softness to gaslight me. How could something pink and beautiful that came across as innocent and soft, be so evil? I felt like my body was an object she used, for her own physical and mental enjoyment. Thinking about all the times we had sex makes me want to vomit. How can you care so much for a person and want to satisfy them, but then be revolted by the thought of them? That’s what survivorhood is about sometimes, dealing with a lot of feelings that are in conflict.

I realised that I had never felt so distanced from my body and I had to do something to claim it back. I wanted to apologise to my body for having gone through all of this. Not the kind of apology where you take on the blame, because there’s nothing a victim needs to be blamed for, but the kind of apology when you say sorry to a friend, because sorry is all you can offer them for what they’ve been through. I apologise to my body for the trauma that now exists in the muscles of my form, and for the fact that sometimes I can’t give enough pleasure to my body because the most pleasurable moments can be so easily tainted by hurtful memories.

I also need to thank my body for being strong and helping me recover. It took me a while to be able to connect with it again. But because I was honest and respected my body, something I had missed for a long time, my body and I slowly became one again.