Indenture to Windrush: A night of storytelling for twice-displaced migrants 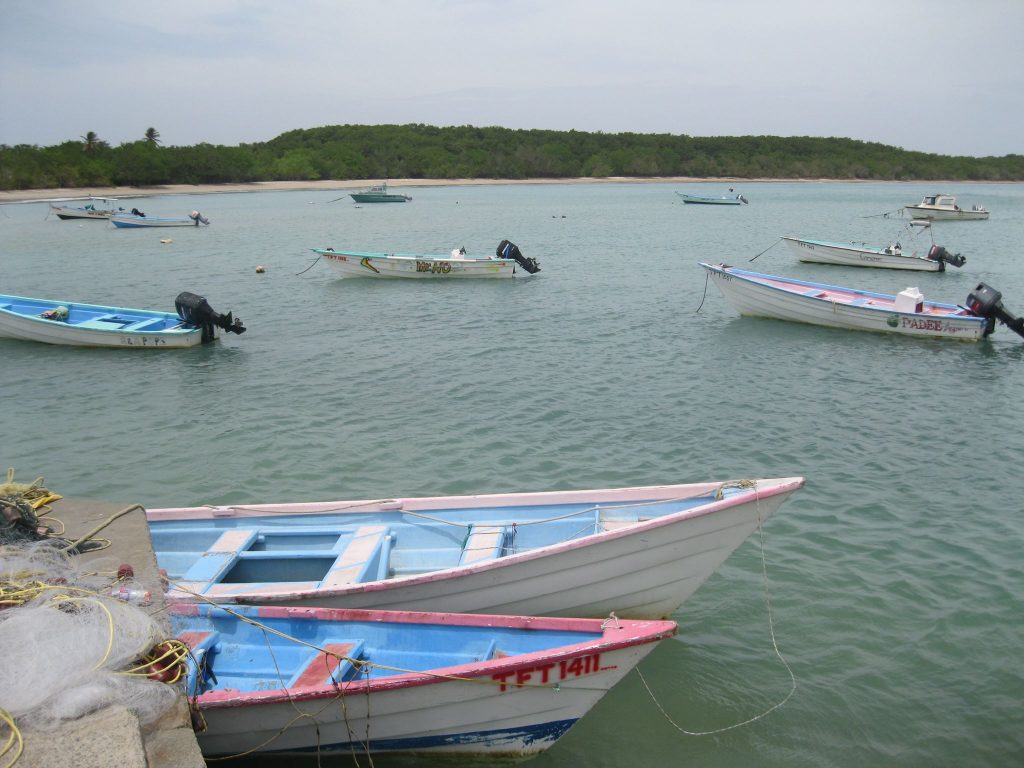 “Where are you from?” is a question all too familiar to racialized people and for those of us who are perceived to be outsiders, as even our own sense of belonging doesn’t always remain the same. Ideas around our identities are already complex and continuously changing, and those stories are retold in different ways at different times. Histories of multiple migrations and displacement further complicate where you are from. These narratives are not so easily palatable, but the realities are messy, necessary, and real.

I am a fifth-generation Indo-Fijian that has lived in the US for the majority of my life. When people ask me where I am from, I have to explain how I am linked to South Asia but that my family comes from a small island in the South Pacific. Are you Indian? Are you Fijian? What language do you speak? The answers to these questions, and the stories behind them, do not fit neatly into categories of ‘home,’ belonging, and identity. How much I share also depends on whom I’m talking to because it takes emotional energy to tell stories about indenture and displacement. My family’s history is very personal and political, not just a fun fact.

The route of indenture is a part of my family’s migration history, as well as for over the 3 million people, and their descendants, who were taken from the Indian subcontinent by European colonisers to work on their plantations spanning across the African continent, the Caribbean, and the South Pacific. Indentured labour began after the abolition of slavery through the British Empire in 1833 and continued until 1920. Those of us linked to a history of indenture not only live and interact with the diaspora attached to the first historical displacement from South Asia, but also carry the lived experiences of being twice-displaced migrants who have since migrated once again. Some of us from these diasporas also don’t fit into immigrant stories that fall under model minority narratives, which brings in, even more, questions and confused expressions.

It has been 100 years since the official abolition of indenture across the British Empire, and the centenary was commemorated on 12 May, at Senate House in London. The event also commemorated the migration of the Windrush generation, which brought migrants from the Caribbean to Tilbury Docks. This was a historical migration because Britain invited people from the Caribbean to come work after WWII. The empire needed the labour to rebuild post-war, and the Windrush migration set the tone for the mass migrations and significant contributions of the Caribbean diaspora to British society.

The event, Indenture to Windrush: Invisible Passengers of Two Imperial Migrations, was an evening of storytelling of the lesser known histories of the Indian and Chinese migrants who came to the UK during the Windrush migration period from the Caribbean. Conveners Dr Maria del Pilar Kaladeen, Professor Tina K. Ramnarine, and Dr Jack Daniel Webb opened a space for people connected to these migrations to share their experiences of migrating from the Caribbean and settling in the UK. The people who attended shared how their multiple identities were informed by, and also impacted, their families and communities from the Caribbean as well as the relationships they built in their new diaspora.  Being in that space for me was powerful and emotional because I saw how my own identities were represented through the stories that I heard, and more importantly understood.

Oral histories and storytelling are crucial to how people construct their identities and sense of belonging in the diaspora. Journalist and author Lainy Malkani shared how you can connect with ‘home’ through the stories people tell you because you are essentially  passing down memories. When older generations and community members pass away, those stories and anecdotes also pass away with them. This reality is very familiar in my family and in the lives of those who are linked to indenture, as one of the few ways you learn about the impacts of indenture is through sharing and listening. You’re lucky if you can capture some of these stories at family parties, religious events, and community gatherings. Sometimes you might even be hearing stories for the first time – the first time it was spoken out loud to anyone. Malkani expanded on her experience of growing up in the UK as being both Indian and Caribbean, with a map of Guyana ever-present in the home. These identities were not mutually exclusive, and these stories of “where you are from” were intertwined especially for Indo-Caribbean communities.

Another common theme shared at the commemoration was the idea of the immigrant looking forward and how the sea journey was not an easy one to make.  University of London Professor Heidi Safia Mirza explained this in relation to the story of her father, who came on a banana boat to the UK from Trinidad. Stories of people facing the cold weather, overt racism, and entering school systems in the UK were layered with notions of being Indian, Caribbean, and British, sometimes all at once, and others, not enough of. Experiences of being “minorities within a minority” in Britain were conflated with ideas of doing better for one’s family, and themselves, both socially and economically. Mirza added, “My father’s journey made me who I am.”

The intimate space gave the audience an opportunity to describe their experiences of growing up, working, and building homes and networks with others both living in the UK and back in the Caribbean. There was a genuine interest in older generations working on projects to preserve the indenture history and the communities that came to be from those migrations. People in the audience wanted their stories heard, and more importantly recorded. It was a space where I heard familiar narratives about leaving home and migrating to a new place. It was a space where the faces reminded me of my own family members and friends who are also constantly somewhere between being questioned for both their South Asian authenticity and the erasure of their different diasporic identities. It was a space where when I mentioned I was from Fiji, I found excitement and familiarity. There was no confusion or questions about where I was from.  It was a space that reminded me of when an Indo-Caribbean person told me “we are all sugar people.”

Even though 2017 marks the centennial of the abolition of indenture in the British Empire, the brutality of indenture and the repercussions of the systemic exploitation of the people and communities impacted continue to bleed into our everyday experiences and lives. Our diasporic communities face severe rates of domestic violence, alcoholism, and diabetes, and perpetuate both homophobia and anti-black racism, which have historical and systemic roots in the colonialism and violence of indentured servitude. We are not all success stories, and these are also stories, and lives, worth sharing.

This year also kicks off similar commemorations that are being held across the diaspora. What I hope to see, and have begun witnessing, is that we are speaking about the pain of past, the hard work of our families, and how we can exist in all spaces even when it’s not so easy. What I also hope to see and work on is having conversations about how diasporas linked to indenture are not all about being multicultural and model minorities. We are the communities and labour of people whose bodies were used to further justify empire. The more I am learning about my ancestors, the more I realise the work we need to do in our own communities today and moving forward. We should not thank the empire for how it scattered us throughout the world. We have survived the empire via ships and the sea, on multiple continents, islands, and nations. The stories of our ancestors should be told, and retold, because ultimately the legacy of indenture runs through our bodies today. We haven’t just survived: we are thriving, and that is something to celebrate.

If you are interested in the next event happening in London, the Indenture Abolition Centenary Conference, will take place on 6-7 October 2017 at Senate House, University of London.