Ireland’s long-awaited abortion referendum is going to get ugly 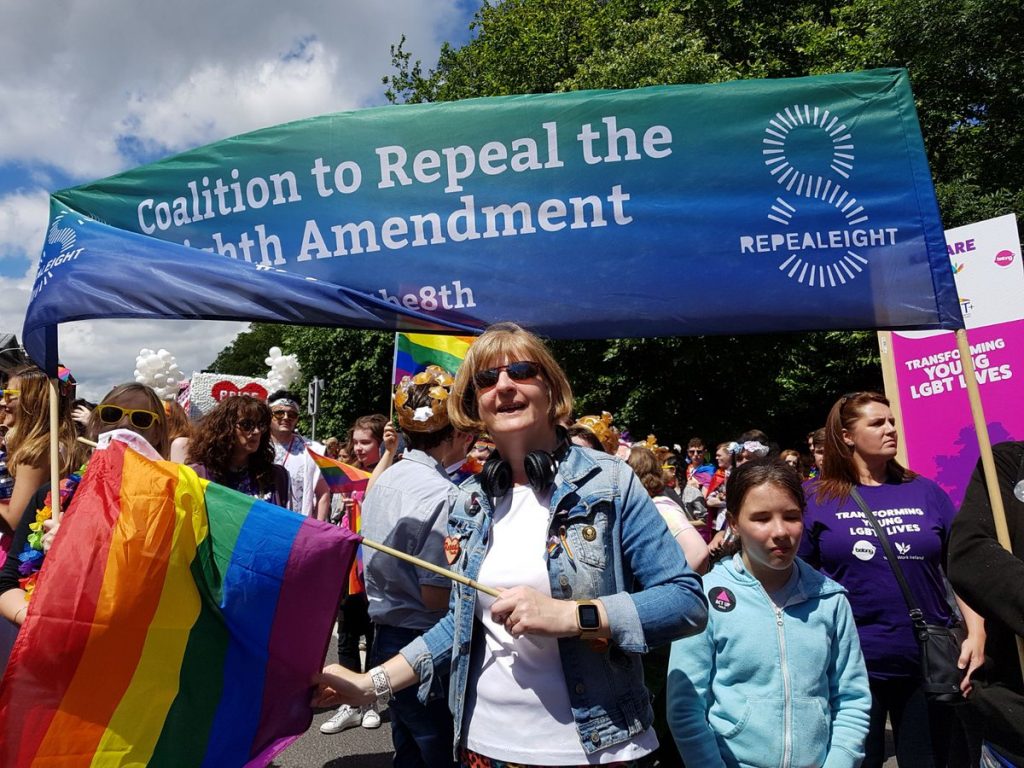 At the end of January, Ireland’s Taoiseach Leo Varadkar made an announcement. After 35 years, Ireland will hold a yes/no referendum on repealing the country’s eighth amendment which prohibits abortion under nearly all circumstances.

After years of politically flip-flopping over the issue, Varadkar’s announcement on Monday was shockingly almost feminist in its tone:

“this is a decision about whether we want to continue to stigmatise and criminalise our sisters, our co-workers, and our friends. Or whether we are prepared to make a collective act of leadership to show empathy and compassion […] in making my decision to support [the referendum], I listened to the views of others – medical experts, the public, my party and ministers, friends. Above all, I listened to women.”

A voice at the table. Being listened to. Compassion. This is what Irish women have been asking and campaigning for, for decades. “We’re asking people to trust women,” said Ireland’s Taoiseach, the leader of Fine Gael, a conservative Irish political party, who will be campaigning on the side of repeal. This is truly a turning-point in Irish culture.

It’s hard to describe just how towering this moment is for Irish feminists, many of whom have been campaigning for reproductive rights before I was born. This is a victory for everyone who marched for repeal – in Ireland and in the sister marches in Britain. It’s a victory for every t-shirt and every pin badge that’s been worn; for the campaigners who organised a truly inclusive and intersectional feminist movement; for the feminist politicians who stood alone against a sea of apathetic men in suits; for the people who risk imprisonment to smuggle abortion pills into the country.

Most importantly, it is a victory for those who have been cruelly punished by their government, communities, families, and friends. As Varadkar said in his statement, every year nearly 2,000 women take illegal and unsafe pills to terminate pregnancies and every day 11 women travel to mainland Britain to seek abortions. These women are sometimes rape victims, sometimes victims of abuse, sometimes teenagers who made a mistake, sometimes mothers, and sometimes asylum seekers. What they have in common is that they seek to choose what happens to their bodies.

Varadkar asked for decency in the months running up to the referendum: “I know this will be a difficult decision for the Irish people to make. It is a very personal and private issue. For most of us, it’s not a black and white issue; it’s one that is grey. A balance between the rights of a pregnant woman and the foetus or unborn. It’s a matter for people to make their own decision based on the evidence they hear, compassion, and empathy. I want the debate to be respectful on all sides, and should never be personalised.”

“When your government actively seeks to punish you for having sex, for daring to want control over your future – this is personalised”

Varadkar’s ignorance is hard to swallow. This debate has always been personalised. When your government actively seeks to punish you for having sex, for choosing what goes in and out of your body, for daring to want control over your future – this is personalised. When a 21-year-old Northern Irish women is given up by her flatmates, taken to court, and given a three-month sentence for administering an abortion by poison because she couldn’t afford to travel to mainland Britain – this is personalised. Respect, compassion, and empathy is what Irish women have been asking for and it’s taken until now for men like Varadkar to finally listen.

The lead-up to the referendum is going to get ugly. The pro-life campaign has always used insidious tactics – from using people with disabilities as scapegoats to scaremongering – and by hiring the digital campaign company behind Donald Trump’s election, they have truly outdone themselves.

Varadkar and the majority of the pro-repeal politicians will be running a conservative campaign along the lines of “Safe, Legal, Rare”. As frustrating as this is, it may be the tactics that turn voters who are on the fence. For repeal campaigners, it’s going to be a long and hard few months until the proposed date (yet to be announced) in late May. They are going to need allies and money to run an effective campaign. If you live in Scotland or London, join the Scottish Irish Abortion Rights Campaign or the London Irish Abortion Rights Campaign. Donations can be made to the repeal campaign here.

“Northern Irish campaigners look on as proud and hopeful allies towards the Republic, left heartbroken and ashamed of our own government”

Born in Northern Ireland, I will not be voting in the referendum. Despite having similar strict abortion laws, there are no signs of a proposed referendum in the North. Like during the Irish same-sex marriage referendum in 2015, Northern Irish campaigners look on as proud and hopeful allies towards the Republic, left heartbroken and ashamed of our own government’s refusal to do the same.

However, public opinion is not separated by an invisible border. Like with the same-sex referendum, if Ireland votes yes to repeal the eighth amendment, its aftermath will be felt in the North.

As we work towards repeal, we should, as Varadkar said in his statement, remember the sad and lonely journeys made by Irish women who travel to other countries to end their pregnancies. We remember the 200,000 women who have made the journey to Britain to seek abortions since the eighth amendment was passed in 1983. We remember the women who died in ditches, in back alleyways, and in hospital beds because the Irish government prioritised an oversimplified ideology over their lives. We remember Savita Halappanavar, Mrs Y, Ann Lovett, and the forgotten, nameless women. We carry their memory to the voting booths.