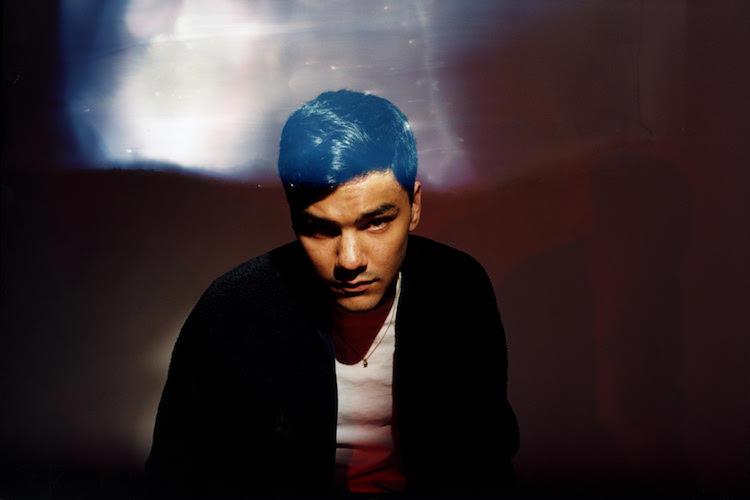 The culture that comes out of south London alone would be enough to sustain a nation, and there are countless artists that make this argument for me. Last month saw the return of 23-year-old Jamie Isaac with delectable sophomore album (04:30) Idler, an offering that easily places him in that line-up of artists. We met a few weeks back at Peckham’s Rye Wax, to speak about the record, its origins, and his influences.

Isaac grew up in Croydon, and thanks to a government grant studied classical and jazz piano from the age of seven, before going on to attend The BRIT School. In the years since, he’s had a steady string of releases: two EPs, acclaimed debut album Couch Baby, and a litter of collaborations with the likes of Archy Marshall (aka King Krule) and Rejjie Snow, both of whom he calls close friends. Isaac’s sound – delirious at times, hypnotic always – has sharpened over the last few years, and appears most refined on (04:30) Idler, as he fluently combines crooning vocals and luminous melodies, above beats that find a way to settle themselves into any pulse.

In contrast to his previous work, the new record is less nocturnal, more like an early evening, golden hour listen. He agrees: “I wanted to make a record that was literally faster. Literally – get up out of your seat and move”.  He succeeds on that front, and also in moves towards transparency. (04:30) Idler, though still dreamlike, sounds notably less nebulous. Isaac made this decision consciously, giving more space to hear his lyrics and understand what his production means to say. He explains Couch Baby was a lot of him “covering up vocals with production. But now I’m 23,” he reflects, “and if I can’t go through a song without putting reverb on my vocals, there’s something wrong”.

Isaac began working on the new project around a year and a half ago, following a brief stay in San Francisco where he stumbled upon Stan Getz’ Getz/Gilberto record on his last day. “I remember listening to it on a sunlit street. It was so romantic. I just thought – this, this is what I want to make,” says Isaac. By no means is the record a bossa nova imitation, but you can hear the influence, stark on opening track ‘Wings’, diffuse through the album.

Isaac’s sound is also heavily influenced by old jazz and soul, which he tells me he owes to his dad. “He used to play this rare groove soul music. Tracks that always had insane hooks. I didn’t realise how much influence it had on my music until this record. ‘Maybe’ was actually meant be a take on an old soul record – a bit of an ironic take.” He notes that it’s the first of his tracks his dad has taken a real liking to.

There’s something inarguably cinematic about Jamie’s sound, and his music videos also seem to suggest an appreciation of the visual. He tells me filmmaking would be his chosen pursuit if not for music, and remembers being obsessed with film scores as a kid – “You remember how you used to have the old VHS TV? I used to put in a film, turn down the volume and try and play a score along to it. It’s actually so geeky”.

It is. But it speaks to an understanding Jamie seems to have of music as language. He cites Chet Baker as a key influence of his, admiring his incorporation of his own voice into arrangements. “On ‘Chet Baker Sings’ they mic his voice so low in the mix that it’s like an instrument. It was like his trumpet lines. I just find that so amazing.” The record’s most transporting moments are when Jamie’s vocals blends into the mix in that same way, mesmeric on ‘Counts for Something’ and ‘Melt’, melodious and lulling on ‘Eyes Closed’, a personal highlight.

I tell him how I rarely appreciate production in that way, and he nods – “People don’t really see production as a part of the storytelling, but I really, really do. The little nuances of the song reflect the lyrics, the progression of the mind-set”.

The last thing I ask him is which song from the album he would choose to introduce people to his work, and I can see him get immediately taken, trying to slow a surge of thoughts.

“I think it’d be the title track, ‘(04:30) Idler / Sleep’. Every time I listen to it, I’m just really proud. The whole album’s about a lack of sleep – not being able to sleep – and this whole song is about that. If you hear at the beginning, it’s these incredibly aggressive drums, and that’s meant to be that time at night [when] you’re thinking about everything and nothing. Everything’s going on in your mind, and you can’t compute anything. Then it gets to the chorus and it’s insanely sweet, and it kind of goes off into a different song for a bit – that moment where you kind of pan off and start thinking about something really beautiful. And then, [the song] shifts back because you remember what you were thinking about, and you’re aware of how you were thinking about nothing and everything, and almost sleeping. I kind of wanted to tell that story.”

I knew this already, but recognise again that he seems like the kind of person who would get drawn into a project for days and forget to eat, or contact anyone, or sleep.
(04:30) Idler is out now on Marathon Artists.