Jeremy Corbyn helped my dad when nobody else would 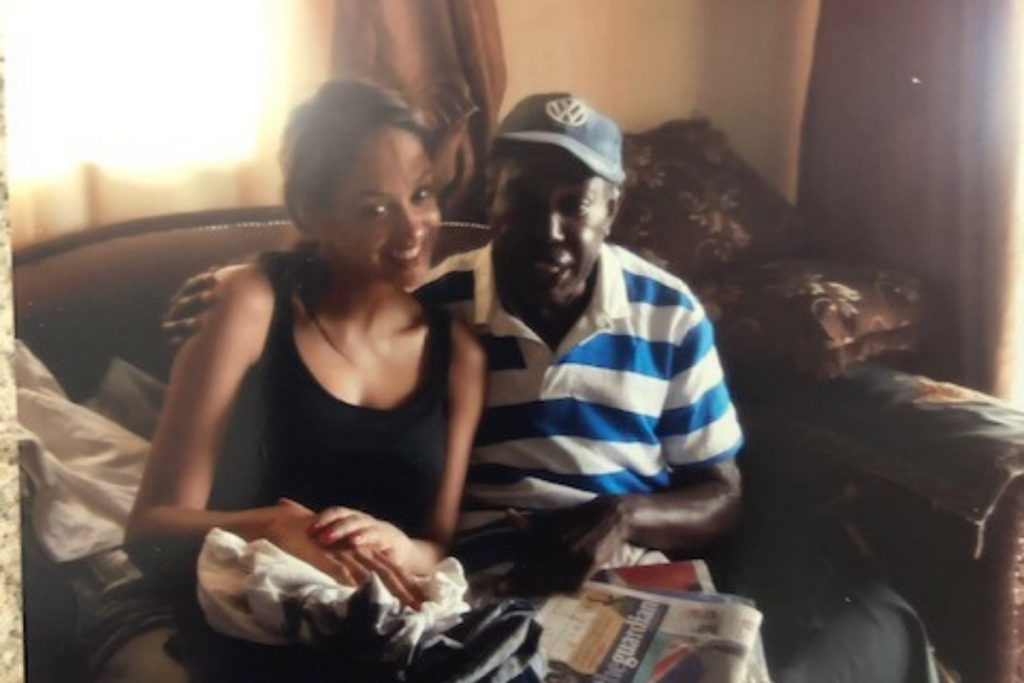 One day, my dad asked me to drop him to the airport. I couldn’t – it was last minute and I had other plans. When I asked what the urgency was, he said that he needed to put up a headstone for his recently deceased mother and attend her memorial. He had been going back and forth to Zimbabwe for years. I wished him a safe trip and hoped the memorial went well. We expected to meet and have lunch the following Sunday.

But he never came home.

My father, Francis Mtandwa, was one of Jeremy Corbyn’s constituents. Jeremy did everything in his power to bring him back. As the mainstream media continues to slander Jeremy and lifelong Labour supporters across the UK consider voting Tory, painfully against their own interests, because they fear he’s a racist, I can only despair.

I am happy and proud to call myself British. I’m mixed race. My mum watched my grandmother, fresh from Germany, deal with the hostility of a patriotic postwar Britain. My dad, who came to London in the 1970s from Zimbabwe, wanted a good education and had high hopes for a successful career. But upon entering the UK, he soon became a victim of unimaginable racism. Not just from a hostile public, media and fascist political parties like The National Front – but from the police too. Dad told me stories of frequent stop and searches, then named SUS laws. Once my parents married and with mixed race children in tow, racist abuse intensified. It was the 80s – Zimbabwe had just gained independence from British rule and Nelson Mandela was still in prison. Things were changing and a lot of people were unhappy about it.

Fast forward to 2007. My dad was now a teacher across schools in Islington and Hackney and a proper Londoner. The Queens in Crouch End was where you could reach him if his mobile was off (as it usually was – if not at home!). He read the Guardian every day. Working as a teacher myself, we’d meet for lunch every Sunday in Banner’s restaurant and he’d ask me about my new career, my new car, and more awkwardly, my new boyfriend, who he never got to meet.

Upon attempting to return from his trip to Zimbabwe, my dad was denied re-entry to the UK. The government wanted 30 years of proof that he had lived and worked here. No problem, we thought, the records all exist. But there was a catch: the Home Office said they would not seek out anything pre-digital, so it was up to us to find them. Friends and family all helped where they could, trying to contact people and organisations from years ago. Then our case suffered a massive setback. My father was in a house fire in Zimbabwe. He received 75% burns and suffered a stroke. Now severely disabled and with his speech affected, we were unable to continue our efforts without his guidance.

“Working with Jeremy, we were confident we would have dad home in the next few months”

Desperate and distraught, my mum and I met with Jeremy Corbyn at one of his local constituency surgeries. The first time we tried, we attempted the walk-in clinic. The line reached far down the street and eventually we headed home and decided to take another approach. We emailed Jeremy, explained the situation and were invited down for an appointment a few days later. He came into the old church where the meetings were held, wheeling his bike. Taking his helmet off he looked at us, smiled, and apologised for being late. We followed him into a side room and I began to explain what had happened to my father. He listened carefully, making notes and asking questions. He said he was sorry and that he would write to the government, asking them to search their archives for records.

His request was eventually granted and working with Jeremy, we were confident we would have dad home in the next few months. But before this could happen, my father suffered another stroke in Zimbabwe. He passed away.

My dad was one of the earliest victims of the Tories’ “Windrush scandal” (which extended beyond the Caribbean, to other Commonwealth countries). Before it had a name, media coverage and national outrage, Jeremy cared. After my father passed, we immediately received a heartfelt letter from him sending his condolences and showing his support for our family at this tragic time.

“After my father passed, we immediately received a heartfelt letter from him sending his condolences”

Which other politician has spent a year volunteering in Jamaica? Which other politician would happily be arrested fighting anti-racist regimes like apartheid? And again in 1987 when the Tory government called the ANC terrorists? At the Battle of Wood Green on 23 April 1977, the National Front planned a march through Turnpike Lane, North London, to celebrate Hitler’s birthday. Jeremy, then a Labour councillor for Haringey, helped to organise a powerful counter-protest, involving approximately 3-4,000 people, who successfully stopped the Nazis from marching through the busy multicultural high street that Saturday afternoon.

Labour’s leader has also forged other long-standing relationships with constituents, which he goes out of his way to maintain. My aunty Katrin, who also lives in Islington, told me of how he would often pop round and visit her and her husband. “The last time he came we chatted in the hallway for ages and before he left he said: ‘Is there anything I can do for you?’ – I looked at the four bikes in my cramped hallway and said  ‘A bike shed would be nice!’ A few months later, guess what? A bike shed appeared by the flats.”

Another Islington resident, Tina, told me of how, in the mid-2000s, she and other local residents went down to Islington Town Hall in an attempt to save their local community centre from closure and Jeremy was there. He sat next to her and as they chatted, he mentioned that he had just returned from East Timor (an island nation near Indonesia) earlier that day and had to be at the BBC at 7am, but wouldn’t have missed this.

That is the real Jeremy Corbyn.

The relentless, constant media slander of Jeremy really tries to make people forget this – but we must not. With people like Rachel Riley literally trying to erase his history of anti-racist activism, the history of Jeremy’s passion for human rights, his kindness and absolute love for people of all races and backgrounds will always be firmly cemented in the minds of us in Islington North.

The mainstream media are throwing everything they have at Jeremy right now, shamelessly weaponising what little they have in bad faith because, if in power, Jeremy will challenge the right wing press, and they know it. So if you’re a Labour supporter with a zero-tolerance for racism and have been confused recently about whether Jeremy’s politics align with your own – don’t be. Look at his record. Jeremy has spent his entire life fighting against racism.

For the rest of us trying to navigate post-Brexit racist Britain, with debt, insecure living arrangements, trying to get on the housing ladder, juggling zero-hour contracts, the Labour party offers an alternative to capitalist struggle. If you look beyond the smear campaign, the media bias, and the non-polished suit, you’ll see a man who is disliked because he is simply unwilling to look and behave like other politicians. A man who cares about substance rather than surface. A man who, just as he helped me, can help you too.