After nine years, why does the West suddenly want peace in Libya, asks Shahed Ezaydi 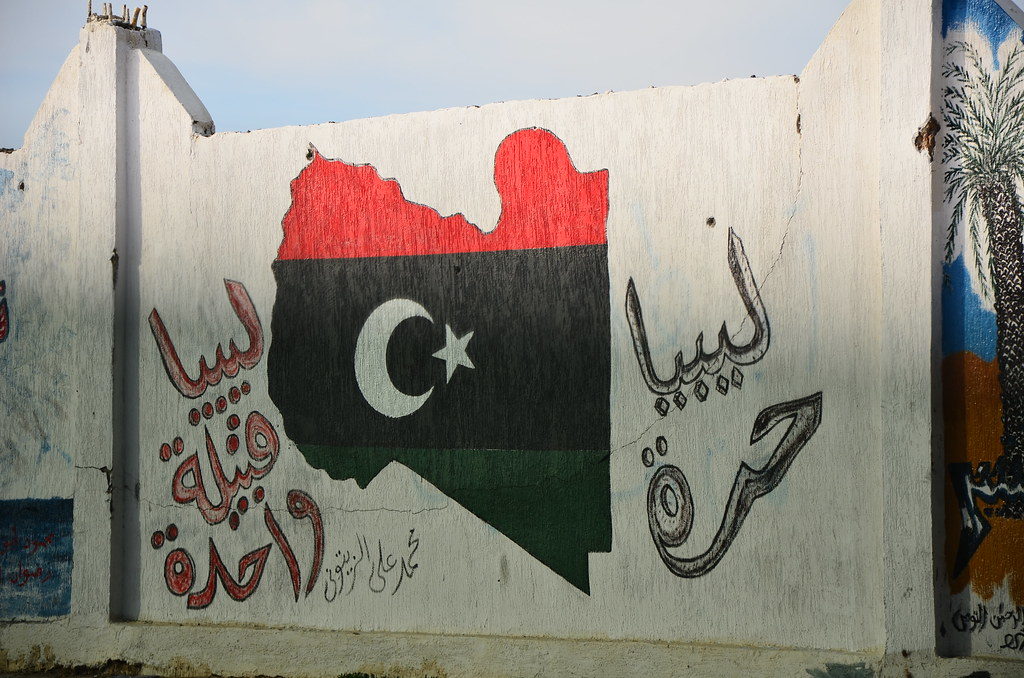 Last week, a conference was held in Berlin with world leaders from France, Germany, the UK, and Russia, to discuss the conflict in Libya and to begin the process of peace talks. This should be great news to hear about your home country, particularly when it has been ravaged by the effects of war. Yet, my first thought when I heard the news was: why now? The war in Libya has raged on since 2011. It has been nine years of violence and instability, with no movement on the part of other nations to help bring that to an end. Until last week. So, I ask again: why now?

My extended family has lived through constant air raids, bombs, and snipers. They can go hours, if not days, without electricity and power. They have had possessions, such as cars,  forcibly taken away from them by gangs and militias. They have had their salaries locked in bank accounts for weeks on end, which has meant some months it’s been a struggle to make ends meet.  The pricing of basic amenities has shot up drastically, making life unaffordable. My family has been living in a constant state of fear and emergency for the last few years, so why have leaders from the UK, France, and Germany decided now is the time to act and end the conflict? A conflict that they have played a major part in escalating.

This may be the first time foreign powers have made moves to bring about peace in Libya. But it is not the first time they’ve intervened in the crisis. It was with the backing of NATO forces that dictator Muammar Gaddafi was overthrown and killed in October 2011, during the Arab Spring. But after Gaddafi’s death, the country was thrown into further instability and groups that were once united in overthrowing Gaddafi, turned on each other. Instead of providing further support in disbanding these groups or the removal of weapons, NATO forces retreated and left Libyans to pick up the pieces.

But war and violence doesn’t end just because outsiders leave. In the aftermath of the civil war, instability ran rampant across Libya and deep-rooted tensions between old tribal allegiances and local militias began to arise again. Since 2011, Libya has gone through several governmental changes and has faced prolonged political and economic instability. There has been constant fighting and violence between various militia groups that refused to lay down their arms after the death of Gaddafi. There was an attempt by the National Transitional Council, the government at the time, to regulate some of these groups, but this just resulted in an escalation in the violence.

2014 was a key year for further fuelling Libya’s political turmoil. The country was thrown into even more chaos and a second civil war triggered after the 2014 elections, where the House of Representatives in the East refused to take office in Tripoli.

Today, the conflict is between two main players: the Government of National Accord (GNA) in the West, and the House of Representatives in the East. The GNA, led by Fayez al-Serraj, is backed by the United Nations, whereas the House of Representatives are backed by the Libyan National Army (LNA), led by Khalifa Haftar. Both sides are seeking complete control of Libya’s territory – and its oil reserves. But outside of their loyal circles, Haftar and the LNA do not have huge amounts of public support, with some even calling Haftar the new Gaddafi.

However, there is more to this conflict than just these two warring factions. Haftar’s LNA has received outside help. Egypt, Saudi Arabia, and the United Arab Emirates (UAE) have all provided military and financial support to the LNA, as has Russia in some capacity. But more controversially, France has also been reported to be involved in propping up the LNA through military and diplomatic backchannels.

France is a member of the UN Security Council; its official position should be in the support of the GNA. Yet, Emmanuel Macron’s administration seems to be playing both sides out of self interest. France sells weapons to Egypt and the UAE, both of whom are backing the LNA, and so it’s likely that it doesn’t want to lose out on them as customers. It’s effectively using the violent war in Libya as a profit machine.

To complicate the situation further, the GNA has recently received huge support from Turkey, who announced it was sending in troops and weaponry to bolster the GNA’s efforts. However, this was no altruistic move; in return for this help, Turkey made a deal with Libya to gain more influence in parts of the Mediterranean Sea controlled by Libya, a location home to huge amounts of gas deposits.

This deal was a catalyst for the next stage in the conflict. Suddenly there was condemnation from Western nations regarding Turkey’s involvement and its violation of the arms embargo. Leaders scrambled to organise peace talks. But it was obvious that the outcry did not stem from a sudden burning desire to bring the Libyan conflict to a close. Instead, they were sparked by fears of Turkey gaining control over a large amount of the region’s natural resources, which would affect the price and movement of energy. Only then was the concept of peace put on the table.

Perhaps the most telling aspect of the peace conference was the complete lack of involvement from Libya itself. The two key figures of the conflict (al-Serraj and Haftar) were in attendance, but did not meet. Instead, both had separate discussions with the German Chancellor, Angela Merkel. However, Haftar has not publicly supported the final document produced from the peace talks and although a ceasefire was agreed, Hatfar launched a surprise offensive almost immediately afterwards and the war once again rages on.

Libya has become a pawn in a geo-political proxy war. Libyans are subject to Western paternalistic and colonial ideas of governance; we have our fate decided for us. Countries like France were perfectly happy to prolong the war when it suited them but now, Libya is having a Western conception of ‘peace’ imposed upon it, without any discussion or involvement of the nation or people who actually live there.

“My people deserve more than being forgotten collateral of an endless war, whose fate is decided by leaders who’ve never even set foot within our borders”

Libya has been ignored and disregarded for so long that I’m doubtful that peace talks will lead to a humanitarian resolution in the near future. The war, and its resulting divisions, are too far along for one side to now concede and back down. It certainly won’t be brokered via foreign powers who all have their own individual motives. The Libyan people want peace and stability. They want democracy. They want a government that prioritises its people first and foremost. And the Libyan people – my people – deserve more than being forgotten collateral of an endless war, whose fate is decided by leaders who’ve never even set foot within our borders.