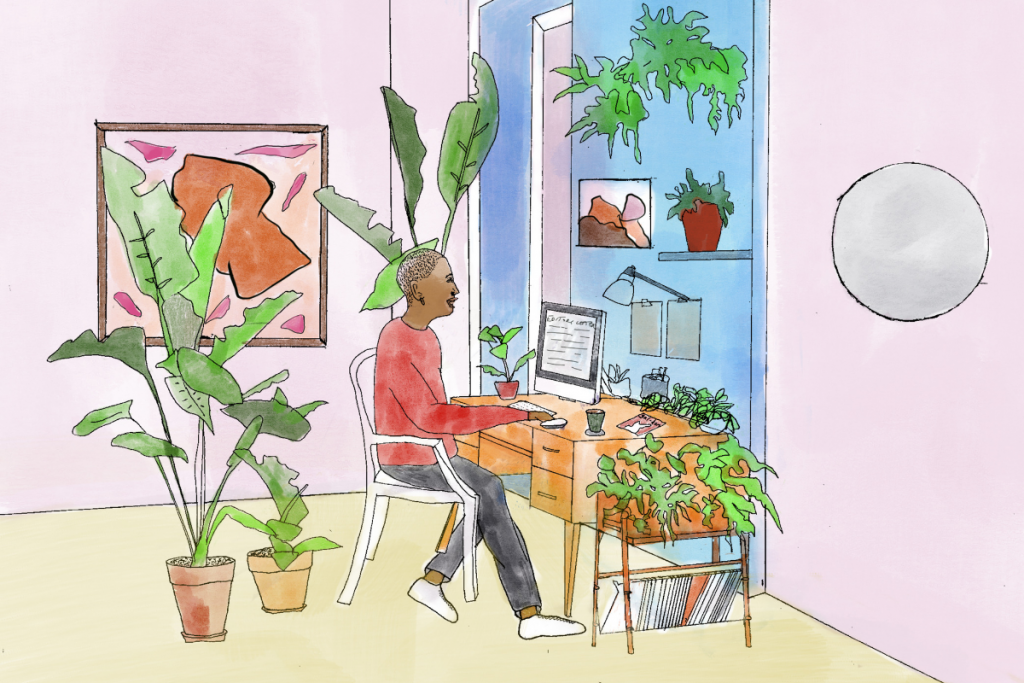 It feels pretty surreal to be writing this sat down in our nine-person strong office in Bethnal Green. Who would have thought that what started as a loose, personal concept could become a fully-fledged media company?! After four years, I’m thrilled to be able to announce that gal-dem 2.0 is here – no more slotting meetings into our spare time or juggling a million other commitments. We’re here now, with salaries, ready to commission paid for content by our audience.

As gal-dem grew, every time someone would remark “wow, you’re still working other jobs”, I’d feel a sense of pride in the quality of our output – it meant people wouldn’t guess most of our communication was happening remotely on lunch breaks, evenings and weekends. But I also felt a sense of fear and urgency. It became clear that we needed to take gal-dem to the next level.

I founded gal-dem in 2015, during my final year of uni, as a direct response to a feeling of severe isolation and hopelessness that often comes with being the only person of colour in a room. As a black student, sitting in lectures and seminars and being asked to speak on behalf of all marginalised voices amidst a sea of white privilege, it became evident that if the rooms weren’t going to change, it was time to build my own.

I remember watching Cecile Emeke’s Ackee and Saltfish around the same time and feeling an overwhelming sense of hope, excitement and pride in seeing a positive and relatable picture of black womanhood. Cecile hadn’t waited for anyone else to represent her and her peers – she’d done it for herself, showing me the power in coming together as a community to uplift our voices.

“Once I’d decided on the name gal-dem, which people seemed responsive to, the next step was discovering who was down for journeying with me”

One of the most encouraging things is receiving emails from other young women who have been inspired by the work gal-dem has published, and are setting up their own publications. Having an idea is just the beginning; it’s all about the team you have to bring your vision to life. In gal-dem’s earliest incarnation, I remember posting in Facebook groups to find people who wanted to help. Once I’d decided on the name, gal-dem, which people seemed responsive to, the next step was discovering who was down for journeying with me.

Antonia Odunlami was one of the first people to get involved, quickly followed by Leyla Reynolds. When we first met, we were a bunch of nervous energy, figuring out what our place was in an institution that at times felt quite hostile. I remember going with both of them to a networking event and us being so terrified to stand up and say publicly who we were and what we were doing. It was there that our confidence was spurred on by businesswoman Lisa Marie Carter; she taught me how to get a website up and running, which was a massive confidence booster. Bristol’s community of creators was incredibly nurturing (unlike the university demographic) and it’s where we met the gal-dem Godfather, Nikesh Shukla.

The rest of the team came soon after. Halimah Manan, Mariel Richards, Niellah Arboine, Shanice Dover, Daisy Ifama, Varaidzo, Heather Barrett, Hannah Gooding, Paula Akpan, Charlie Brinkhurst-Cuff, Yero Timi-Biu, Zainab Kwaw-Swanzy, Simran Randhawa and a pool of dedicated writers and talent were also involved from very early on – doubling up as writers, editors and bartenders for our events. I can’t help but giggle nostalgically every time I watch the video Daisy produced for us in gal-dem’s first few months and the video of our launch event on local Bristol news, where we taught their presenter how to make our famous sassijtos.

Our team had it all, and our enthusiasm and passion carried us through those final years of university, as we stepped out into the real world of formal employment. Many of us entered media jobs where we were the only people that looked like we did. Some of us got our foot in the door of mainstream media – mostly on inclusion schemes which provided a critical formative experience, but also sometimes felt like tokenism. We’d often find ourselves described as the “diversity trainees”. Many of us experienced blatant racism, microaggressions and out and out dismissal of our ideas.

For the first few years, our output was relatively small – we had degrees to juggle and for a while, I was working as a nanny for a family in Bristol and as a waitress in a burger restaurant. We had dissertations and various responsibilities to maintain, and self-care wasn’t always top of the list – although in hindsight it obviously should have been. I remember losing patches of my hair towards the end of my final year which the doctor informed me was due to stress. An inability to cope with stress was a pattern that would continue to repeat throughout the following four years. I’m still working on it now.

“Self-care wasn’t always top of the list, although it should have been. I remember losing patches of my hair towards the end of my final due to stress”

I don’t think people entirely deep just how hard it has been to manage at points. This year will mark the first time I’m able to go on holiday and just entirely switch off and not reply to emails. That’s four years of breathing, sleeping, and dreaming about gal-dem non-stop. My girlfriend will often jokily say it’s all I care about and I can recall a night when I said in my sleep, “I’ll reply to your email in the morning.”

Charlie has been known to call me from bizarre locations, once from the top of a mountain, panicking about something work-related. When your identity is so intrinsically tied to your work and when you lack formal infrastructure, it’s a difficult thing to balance – but it doesn’t make it any less rewarding.

Our V&A takeover in 2016 was epic and I still shed joyous tears at the memory. That night set in motion a powerful precedent, it reminded us that perhaps the tables were turning and that what we were achieving on limited (or rather, zero) resources was impacting the lives of so many other young women and non-binary people of colour. Our community turned out for us that evening by the thousands.

But we were still working on a volunteer and project by project basis, and the end goal was to get everything paid for. Despite the never-ending output of the advertising industry, we understand that it is a difficult environment to navigate. Much of the revenue generated by our peers and other publications is through commercial brand collaboration, and so 2018 was the year of learning how to navigate these spaces through meaningful partnerships without compromising on our values.

Our mission is to champion marginalised voices and we believe in doing this by providing employment and fees funded from commercial arm. While we recognise and frequently champion the voices of anti-capitalist protest, we also understand that we exist within a capitalist structure, and must support the voices of our community financially as much as we support them editorially. To do this, we pride ourselves on only working with brands who we believe have an honest intention to align with our values, through authentic and meaningful partnerships.

After being offered my dream job at the BBC and having to turn it down in order to channel everything plus some into gal-dem, there was no room for it not to work. If not now, then when? Our strength lies in who we speak to. We talk to a demographic of people who are pigeonholed, stereotyped or made invisible through mainstream media and coming together has been a powerful thing. I think I can speak for myself and the rest of the team when I say that we could never have envisioned that we would have snowballed within such a short space of time. As well as coming together and providing a space for sharing stories, we’ve worked with some incredible brands and people – perhaps most notably Michelle Obama’s team and the Guardian Weekend. Who would have thought that what started out of misery could ever reach such heights?!

The world of journalism and investment is a tricky thing to navigate as a woman of colour or a non-binary person of colour. There just aren’t that many of us. We don’t have the same address-books or ability to know who to speak to about these things. Most of my understanding of investment had come from Dragons’ Den  (fortunately none of the rooms I’ve pitched to have been quite so hostile). If it weren’t for the team (including editors past and present), my amazing mentors, and every single one of you who have engaged with our content time and time again, showed up for events and told your mates about us – we wouldn’t be here. I’ll be eternally grateful. Thank you, thank you, thank you.

Actually receiving our first gal-dem salaries last month was an emotional moment, and I’m proud to see everyone killing it both within gal-dem and outside of it. There is nothing but excitement for what the future has in store.

Alongside tonnes of other projects, in the next few we’ll be launching a brand new website. Today, we’re thrilled to announce our new internship program, which will provide young people with the tools, skills and knowledge needed to break into the media and wider creative industries through an environment led entirely by women and non-binary people of colour. You can apply for it here.