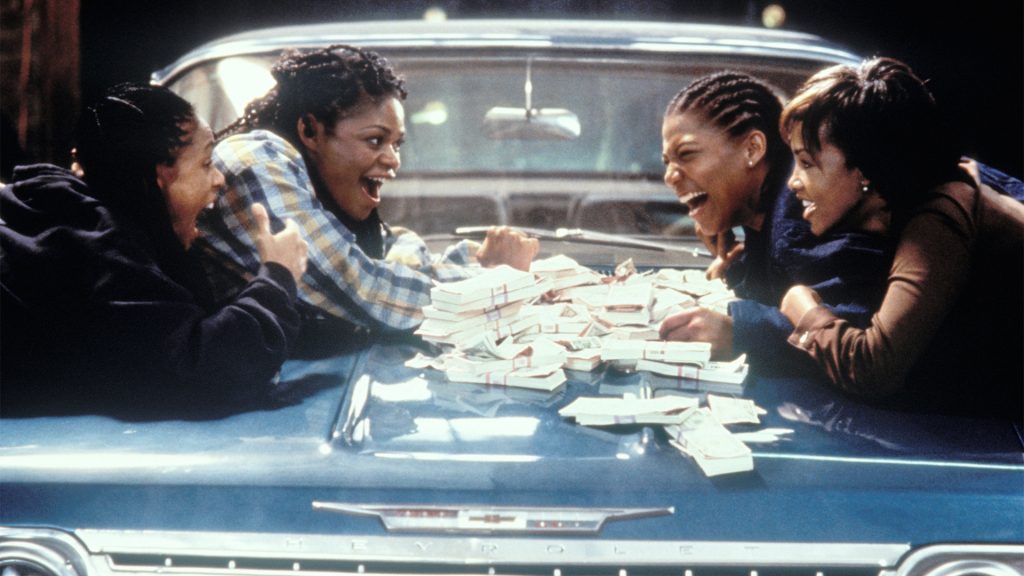 image via Set It Off / New Line

Rise and grind. Let’s get this bread. Keep hustling. People talk non-stop about making money. It’s no surprise then that one of the most-loved cinematic genres is the heist movie, leaving you on the edge of your seat as the cast pull off a grand scam or robbery.

However, black people aren’t often seen front and centre of these high octane dramas. That’s why We Are Parable, a film events collective run by married cinephiles Anthony and Andrews, are uncovering their all-time favourites. A weekend of screenings taking place at The Rio cinema in Hackney, east London, this weekend as part of the Secure the Bag film festival. They will be airing three iconic tales.

gal-dem recommends making your way down to the Friday screening of Set it Off, a 90s classic fronted by a young braided Jada Pinkett-Smith (with the sex scene of her career), Queen Latifah (giving as Cleo), Vivica Fox, and Kimberly Elise. Everything from the soundtrack to the impressive chemistry between the makes this one of the best heist movies of all time. And, if you get to the end without crying then you have a heart made of stone.

“This is a celebration of black characters in heist movies that need to be re-appreciated. I’m a fan of the genre and so many films like the Oceans series (Oceans 11 and so on) have white characters at the front,” Anthony tells gal-dem over the phone. “We need to reevaluate these characters of colour and how they’re handed agency so The Secure the Bag films are all projects helmed by black actors and black directors. “

Also on during the weekend is Spike Lee’s Denzel Washington-fronted claustrophobic hostage tale Inside Man on Saturday. And, finally, Dead Presidents, a crime thriller about an ex-Vietnam soldier who robs a bank after returning home to find a flagging economy. Akua Gyamfi, of The British Blacklist, will host a talk before the screening on Sunday.

We Are Parable have made a name for themselves for creative film exhibition “creating experiences” around certain stories and themes on the big screen. Last year, they worked with the BFI to produce the world’s first public preview screening of Black Panther. “We created an Afrofuturistic kingdom, had cosplayers, designers, there were over 800 people there including Ryan Coogler. We completely took over the Southbank foyer,” said Anthony.

The Andrews’ also brought sound systems in cinemas last year for the release of Idris Elba’s Yardie and recreated the barber shop from Desmond’s for a BFI event as part of a comedy genius season, where old episodes played on TV screens in the space as local barbers cut hair for free.

See what they have in store, and find out more here.