M.I.A, H&M and the devaluation of Bangladeshi lives 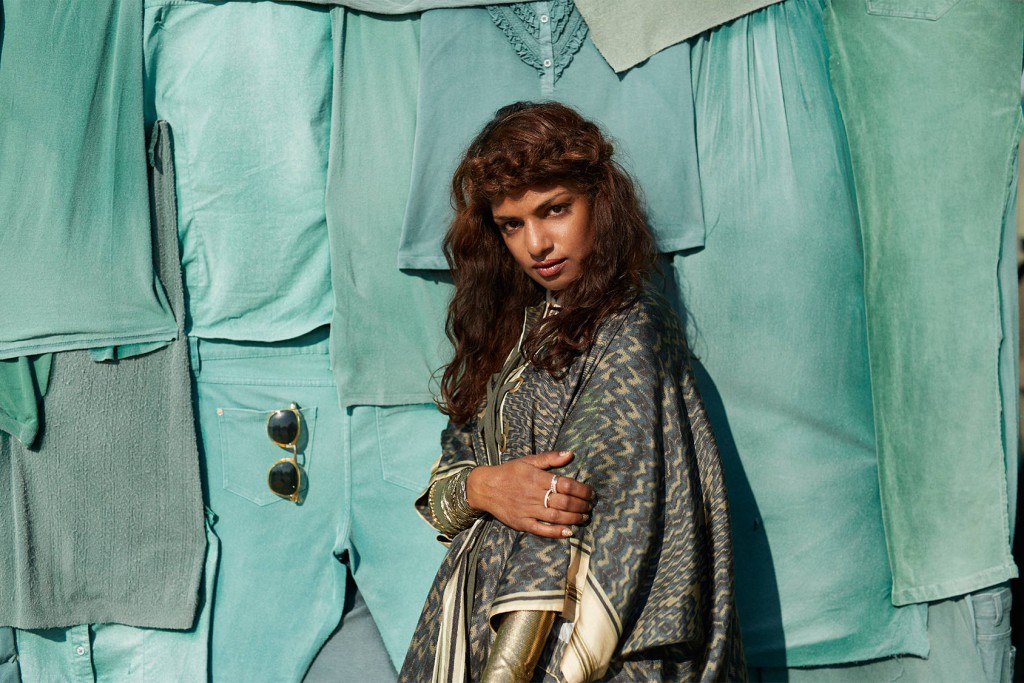 This week H&M launched their World Recycle Week campaign with pop-protest-princess M.I.A as their front woman. The campaign coincides with the three-year anniversary of the Rana Plaza factory collapse in Dhaka, Bangladesh. The tragedy killed 1,134 garment workers and injured thousands more.

Following the incident in 2013, H&M along with other fashion retailers signed an accord agreeing to create safe working environments in all their Bangladesh factories. Two and a half years on, these safety renovations are severely behind schedule. Research from the International Labour Rights Forum highlights that while most renovations should have been completed within a year, 55 percent of H&M factories still lack adequate fire exits, among numerous other safety concerns that were deemed urgent following initial inspections. The report published earlier this year, as part of H&M’s Broken Promise campaign, states that safety renovations for 205 out of 209 factories remain behind schedule.

In January a major fire broke out in one of H&M’s Dhaka-based suppliers. Nobody was killed but the incident demonstrated the reality of the danger and pressing need to prioritise safety improvements.

The World Recycle Week campaign gets an A* for diversity. The video is full of people of colour blithely dancing to M.I.A’s request that we “regenerate the nation”. It’s grating though that the company would use a south Asian woman for brownie points while continuing to endanger the lives of women in Bangladesh. Those women do not have the privilege of visibility and their interests are being obscured by a smoke screen of pseudo-ethical fashion and colourful marketing.

The anniversary overlapping with World Recycle Week is a coincidence. That M.I.A would endorse the campaign is unsettling. For someone whose public image is founded on the promotion of marginalised group interests and political provocation her decision to partner with H&M seems inconsistent at least. All this runs parallel to the singer’s ES interview in which she lambasted Beyoncé for her exclusive focus on #BlackLivesMatter and “failure” to acknowledge Muslim refugees.  The interview was an awkward hat-tip to anti-blackness and erasure of black Muslims.

Support of one cause doesn’t mean ignorance of others. It’s impractical to demand that all activism addresses all injustice and it’s only natural to defend something closer to home. African-American vocality concerning #BlackLivesMatter is understandable – it is African-American lives at risk after all. M.I.A’s own activism is refugee-centric – which is reasonable considering her arrival in London from Sri Lanka as a refugee, aged ten. No-one has criticised her partiality. It’s also hypocritical to demand recognition of other issues when her H&M endorsement hugely distracts from the devaluation of Bangladeshi lives. The interview and subsequent tweets had M.I.A looking less woke pop-idol and more ‘London based artist, feminist, activist #AllLivesMatter’.

A#blacklivesmatter B#Muslimlivesmatter. I’m not Muslim . My criticism wasn’t about Beyoncé. It’s how u can say A not B right now in 2016.

My question was,on American platforms what do they allow you to stand up for in 2016. This has been the number 1 question for me.

H&M have a responsibility to their employees. They are putting lives in danger and no amount of trendy PoCs or recycling mitigates that. Equally M.I.A is rapidly losing her social justice street cred. She acknowledged the discrepancy caused by her involvement in the campaign, “I’m brown. So the first thing people will say is that brown people make the clothes in the factory – what are you doing repping the other side and not addressing this?” She’s right but the hypocrisy, particularly in light of her comments on #BlackLivesMatter, should be highlighted. If she can problematically call out African-American celebs, I think I’m more than entitled to ask where her protest banner for the garment workers of Bangladesh is at.