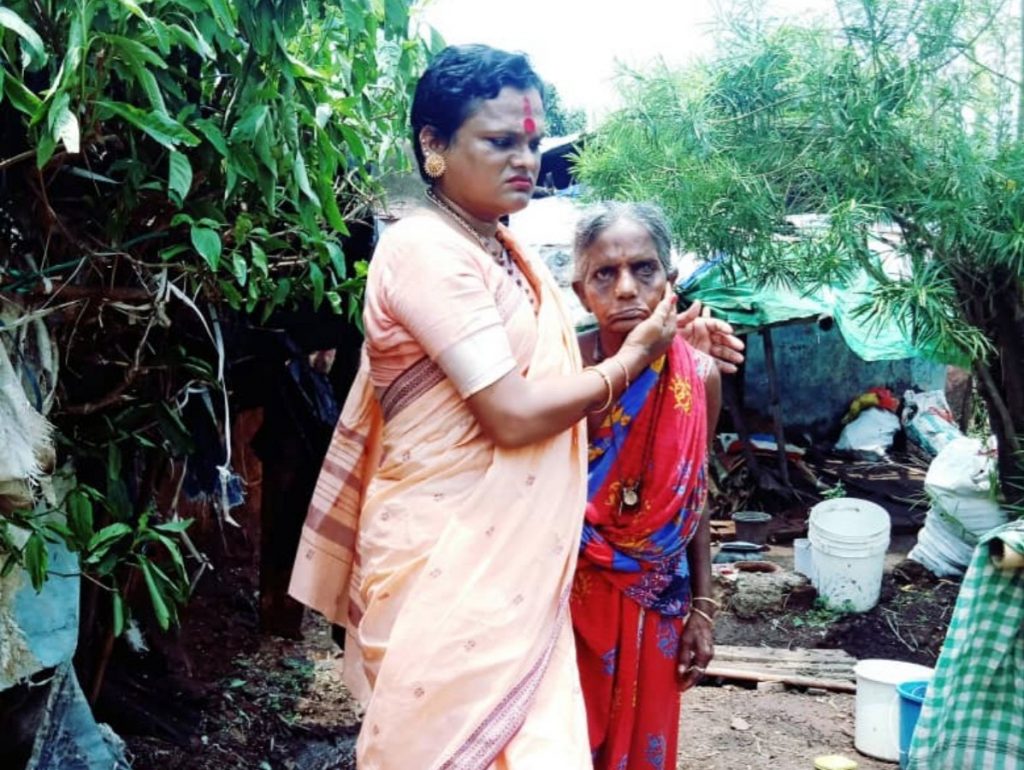 TW: This article discusses the trauma of a transgender interviewee, and has some examples of misgendered language

Here in the UK, we’ve become desensitised to general elections, given the fact they’ve almost become an annual activity. Even though our political shifts may feel tectonic, India is gearing up for the largest democratic exercise in history. Those who are eligible to cast a vote in India’s upcoming poll account for more than 10% of the world’s population. With 900 million potential voters it is quadruple the size of America’s electorate. It’s so big that the voting takes place in seven stages and has been underway since April 11 and won’t end until the end of May.

It’s fitting therefore that it is also one of the most eventful in recent history as this campaign has gone some way to redressing the power balance among members of society who’ve been oppressed. Out of the 543 running seats available, there are a number of potential representatives on the ballot from the lower castes, as well as sexual and gender minorities. One of the transgender poltiicians making waves has been 38-year-old Meera Parida. “For the first time so many transgender people are standing in election. We now stand against powerful political leaders,” she tells gal-dem over Whatsapp.

“This time the election is very much important to me because so many friends of mine are standing,” she says. In Odisha, Kajal Nayak, 27,  is standing in the Korei constituency of the Jaipur district for the Bahujan Samaj Party (BSP). While, Sital Kinner is running in Cuttack for the Barabati seat. But there are other transgender women amplifying the voices of marginalised voters elsewhere, including Jatin Mummy in Mumbai, and Delhi International Film Festival judge, Chirpi Bhawani. And, according to Meera, so far the election has gone well. “For us, election days are like a big festival,” she explains.

Since growing up in Odisha, a small state in East India, Meera has had a long journey to self discovery. “I was born in the Begunia block in Khurda, a district of Odisha, a place where the thinking of people is influenced by mythology,” she says. An overwhelming 94% of the region are Hindu with a number of key figures and scriptures hailing from the region. “My father was a farmer and my mother was a housewife. Our economic condition was very poor, but we lived happily. Because I was born as a boy*, my family dreamed that I could help them by getting a job.”

During her childhood she took part in plays in the village that only boys were allowed to take part in, meaning that she could play women openly on stage. She enjoyed it so much that she continued staying in character when she got home. “I was a good child for my parents. I got admitted into a school and did very well in my studies. But, I was feeling different day by day. I liked to talk with girls rather than boys and also I liked girls dresses.” When her behaviour started to attract the attention of her peers, things quickly took a turn for the worse in her happy family home.

“Slowly, slowly the mind of people is changing towards us”

She continues: “My friends and neighbours called me ‘maichia’, a local term used to tease transgender women in Odisha. One day I went to my grandmother and asked: ‘What does maichia mean?’ She slapped me at that time and told me I’d used bad language. Transgender people are a creation of God, so why do people treat us so badly? Why do they tease us all the time? I was under a lot of mental pressure. My father even attempted suicide because of my girlish behaviour.”

Her family still had hopes that Meera would conform to the duties of a cisgender man. “My family married me off to a girl, but that marriage didn’t last for long. I divorced her and went to Mumbai. In Mumbai, I came to know the actual tradition and culture of Kinnar – which is what they call transgender people.” Even though she found a community in Mumbai, like many transgender women she says she also fell into sex work, which she felt took away her right to “live with dignity”. “I wanted to do something for my community. So with the help of a friend, I started my organisation Sakha. I went back to Odisha and set up my office which was the first community-based organisation in the district that mainly fought for transgender rights, HIV prevention and other sexual reproductive health concerns.”

Running for the ruling BJD party in her home district where she’s been a prominent transgender and sexual health activist, one of Meera’s main concerns is that she wants transgender people to be present in all environments of everyday India. More recently, she has been distributing biscuits and mosquito nets to slums impacted by cyclone Fani, which killed 38 people in Odisha a couple days ago and has left nearby transgender slums without houses. But, in her quest to improve their visibility she created and led a group of transgender and cisgender volunteers working side by side over the past couple of years do traffic duty in the area.

“Every year in my birthday I arrange a huge blood donation camp. I am also associated with the Bhubaneswar Municipal Corporation as a brand ambassador of their SWACHHA SURVEKHYAN project, an initiative to build clean toilets in the area. Impressively, Meera’s campaigns span from public service work, alcohol abuse campaigns, transgender fashion shows, and meeting with other political leaders to challenge them on issues regarding Dalit (low caste) rights. “Slowly, slowly the mind of people change towards us. Where people are only used to seeing transgender people begging or in prostitution, I wanted to show that they are no different or capable than anyone else,” she explains.

While transgender rights and visibility are of course central to her campaign, Meera is keen to tackle other issues which have flared up during the election. There are huge concerns for the country’s farmers, thousands of whom have commit suicide every year and have taken to the streets several times this year to demand better wages. It’s a subject close to her heart given the profession of her father and her family’s humble earnings. “Farmers are the  backbone of our country and yet they don’t have enough money to feed their family which makes me feel very sad. So we need to work with them”

This election is markedly different from the last because of the way minority identities have been invited in to represent the giant electorate. “This is the first time that we are also part of the political parties and that the party has given us the chance to stand in the election,” Meera explains. And, since a landmark ruling around voter identification in 2014, this marks the second time that Indians can cast their vote as the third gender. “But,” she says. “Our struggle to create an identity is still going on.”

*Some of the gendered language in this article is not in line with our own editorial guidelines, however we also do not wish to misquote members of the LGBTQI+ community worldwide whose terminology differs from our own.