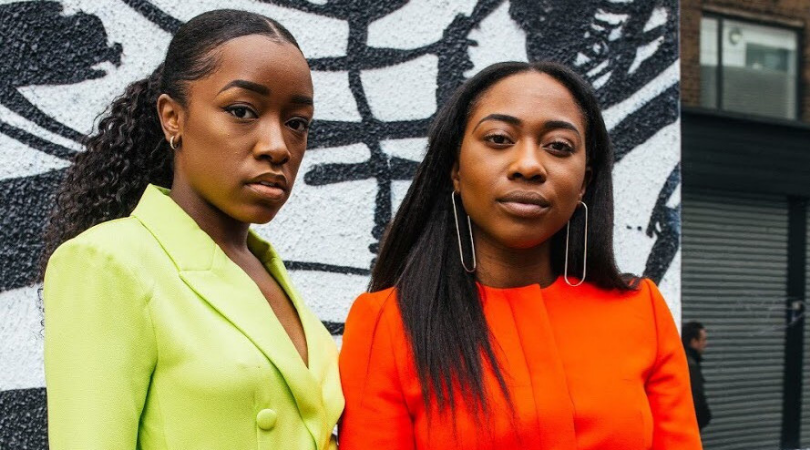 It’s no secret that attending Cambridge or Oxford can often be a rigorous, mentally challenging experience for its students. But, what is often glossed over are the impacts of these deeply homogenous (white) spaces on the students occupying them who differ from that norm. From mental health to friendships to just plain access, the experience can take its toll on even the most successful and fervent of individuals and it’s time to talk about it.

That’s where Ọrẹ Ogunbiyi and Chelsea Kwakye come in. The first acquisition of Stormzy’s trailblazing #MerkyBooks publishing imprint at Penguin, the pair are best friends who met on their way to a careers event for black Cambridge freshers. They have curated a wide-ranging guide to navigating spaces as the minority – looking at the other, the unknown, as well as the aftermath in Taking Up Space: The Black Girl’s Manifesto for Change.

We speak to them about their joint venture into the world of publishing and their advice for taking on the university experience.

So first of all, what inspired you to write the book?

Ọrẹ Ogunbiyi: We had been doing a lot of work when we were at Cambridge to get more black kids in, whether through ACS [African Caribbean Society] or our black men of Cambridge campaign. It’s just something we’ve always been passionate about. I’ve been mentoring girls since my first few months there.

And then we were on holiday when we got our results and Chelsea’s sister had said as a passing comment that we could write a book. And we didn’t take it that seriously at first but  started to brainstorm like ‘hmm what if we did write a book?’

How big of a role would you say the ACS played in your university experience?

Ọrẹ: For me, going to my first ACS event was pivotal. I missed freshers’ week so I hadn’t heard much about the society until another black girl in my college that I hadn’t really bonded with yet invited me to this event that she was going to. And that was the first time we properly hung out: we went together and loads of other black people were in the room. At one point we were even dancing around in circles, eating jollof rice, chicken and I was like ‘okay’. I had spent all these weeks thinking, where are all these people? I’ve now found them and I’m coming back.

So much of university life will be hard, so finding support systems and small bits of home are really important. And the first place I felt like I found that was ACS.

Chelsea Kwakye: It was just finding a community, that’s it. When you’re at home, especially if you’re from London you take that for granted because it is a very diverse city. Again, I didn’t really know I needed it until I saw it in its living form and how it made people feel.

I grew up in a predominantly white area and remember when I went to uni, my mum really wanted me to join the ACS but I used to resist because I never really realised how desperately I needed it.

Chelsea: My sister was actually the one who asked if I was going to join and before uni I didn’t even know what it was. I was also hesitant because I didn’t want to go into a university environment where I’m supposed to meet new people and then close myself off and only want to associate with black people.

Ọrẹ: Just on that. I think it’s a very weird balance to try and navigate and I don’t think we talk about it enough.

Do you think it keeps the community a little marginalised?

Ọrẹ: Exactly! Like ‘Am I separating myself?’ But then, on the other hand, I was also hanging out with people that were definitely not like me. I was taking too much, I was tolerating too much.

There’s that whole thing of you want to be with your black friends but you also want to look like you assimilate. You don’t wanna be that one that keeps yourself in the corner but you also just kind of want to chill sometimes.

What’s one small act of resistance you practiced in day to day life?

Ọrẹ: In day to day life at uni, mine was the examples I used in my essays. I felt like I couldn’t change the whole curriculum as one person but I did my best to use as many examples from the continent [Africa] as I could. It felt important because my essay might end up somewhere, I might be teaching a lecturer something, and I might be making someone in a position to make those changes think about those links in ways they haven’t before. That was my small sacrifice to make, even if it cost me grades sometimes.

Chelsea: Always question. Sounds so easy but especially as young black women when someone says something coded and you don’t have the energy to respond, or you’re put in a situation, I would always try to push them further to try and understand the reasoning behind their words. Because I think in their answer to your question, they’ll often realise how their interpretation or belief doesn’t make sense. I may not give my energy to tell you why you’re wrong but you’re going to have to go and think about it.

How do you think your time at Cambridge informed who you are as people today?

Chelsea: It was weird because I always hated this idea that after Cambridge, comes the ‘real world’. A lot of the issues we faced there are not going to magically stop as soon as we leave.

Ọrẹ: It’s true. I’m glad we’re preparing people for university but we’re in theory prepping them for the world and the kind of institutional and systemic racism that they are probably going to face for the rest of their lives. So yeah, I think it definitely prepared me as in it brought the slap in the face a little further forward.

What do you think is a common misconception about diversity and inclusion?

Chelsea: I would say mine is that ‘diversity’ and ‘inclusion’ as words are the best place to start. I think they’ve become a very cliché, catchall phrase. Now we just see diversity as everything that is non-white, which is then an idea of diversity where white is the standard and everything that deviates from that norm is ‘diverse’. It’s not a conversation that can be simplistic, it intersects with class, gender, sexual identity. It’s people’s livelihood, it’s not a buzzword, it’s not popular culture, it’s reality.

What was the most surprising thing for you when you started at Cambridge?

Chelsea: I think what surprised me was how my own reaction to these interactions changed over the three years. In first year, my threshold for what I would take was extremely high and by the time I got to third year, the bar was on the floor.

If a gal-dem reader could take away one thing from reading this, what would you want it to be?

Ọrẹ: I hope we’re showing you that it’s hard but you can survive it and it’s going to be okay. The book is not all rosy but it’s not all slander and take downs either.

Chelsea: For me, just take your time to understand the small, personal tangible things you can do to contribute to this fight. We’re definitely not the first and we definitely won’t be the last, it’s part and parcel of this wider history that’s been going on for generations.