From Oluwajack to Mesut Özil, why is identity decided by popularity? 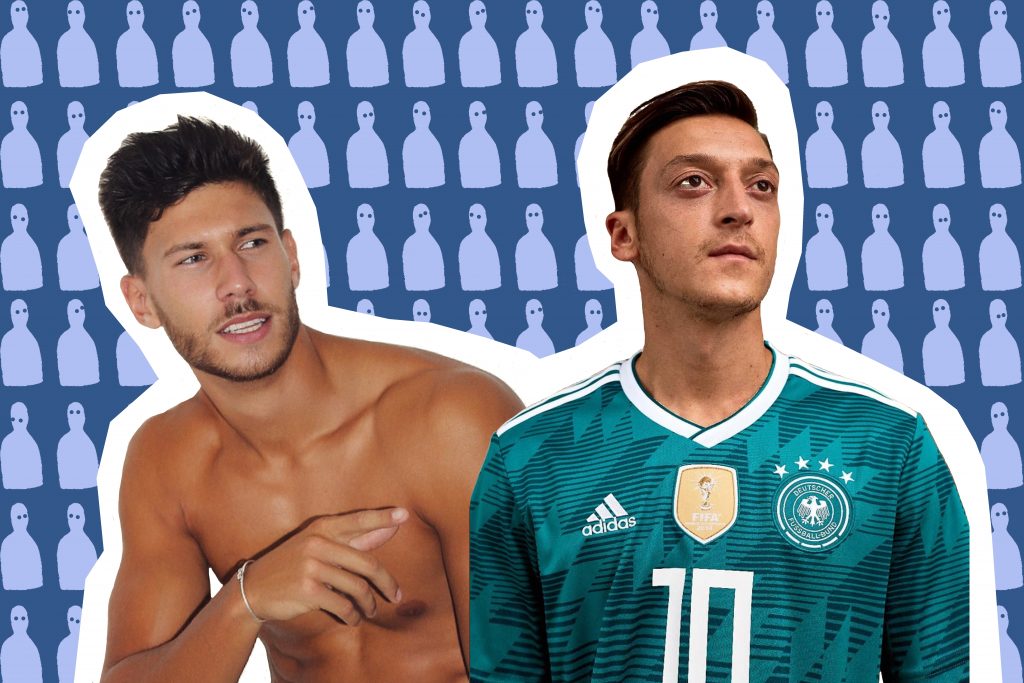 “I am German when we win but an immigrant when we lose,” wrote Mesut Özil. When he quit the German team it was because he was tired of his identity being tethered to his international football performance. German press treated Özil’s Turkish heritage as a stick with which to beat him yet, on Sunday, when the sportsman had a rough match for Arsenal the criticism belittled his recent efforts against xenophobia and racism. “(The) man complains about cyber bullying then bangs out a performance like this. Turkish cunt,” one Twitter user said. Meanwhile dozens of others made reference to selling him to the Turkish league, or him being too preoccupied with Turkish crises to play properly.

Immigrants often have to be heroes or canonised to enjoy the honour of being accepted. We saw it with the Malian migrant the media dubbed “spider man” for scaling a building to save a child in Paris. After defying death, he was awarded French citizenship.

As a Brit of Somali heritage, I have always been acutely aware that some people (inexplicably) view my Britishness as something they can give or take away. Nowhere has this been clearer than the media’s contrasting descriptions of people who share my background. Although it’s not directly comparable, the scenario made me think of the first time someone suggested that I “talk like a white woman”. I was more than slightly perplexed. I had thought being black was something I was, rather than something I had to continually maintain through my voice or mannerisms. But it turns out my accent is just one of many bizarre ways in which people police my identity. Something that feels so definite to the beholder is actually always up for debate. Even when South African comedian Trevor Noah controversially framed France’s World Cup win as an “African” victory, in an attempt to align himself with black players it put the identity of non-white men up to public jury. It was decided on popularity.

A person’s manner, victories or shortcomings have absolutely no effect on their race, nationality, or identity.

You do not have to look far to see wider examples of these instances, they’re weaved into everyday life. Compare the recent treatment of Jack and Samira on ITV’s hit show Love Island, for example. Jack Fowler is a white passing (possibly just actually white) man who was affectionately renamed “Black Jack” when rumours circulated that his father was of black descent. Black Jack’s welcome into the UK’s black community was not solely based on this discovery. In truth, he had a way of speaking that was more commonly associated with predominantly black, London neighbourhoods, leading many black people to feel a bit of an affinity with him. Additional bonus points were awarded to Jack for his ability to shake a leg (to the beat) and his love for Caribbean food. His warm welcome home by Stormzy and ‘Mans Not Hot’ star Michael Dapaah only served to cement his place as an honorary member of the black community.

Contrast this with the treatment of Love Island contestant Samira, who did not speak like black Jack or profess any particular fondness for Caribbean food. What she did receive, however, was quite a hard time from some black viewers for showing little to no interest in any of the black or mixed-race men that the villa had to offer (note: a criticism not extended to Black Jack, or Wes, or Josh for that matter). In fact, the time she described her type as a man with “blue eyes” the Twittersphere tried to “cancel” her blackness altogether. It perpetuates the falsehood that identity can be determined by other people when, in reality, no opinion counts other than that of the person it directly concerns. Whether German football fans love Ozil in times of victory or hate him in defeat, both times he went home German. Likewise, a person’s race cannot be “cancelled” because you do not approve of their decisions.

The whole cast is basically white, yes.. including Samira

A person’s manner, victories or shortcomings have absolutely no effect on their race, nationality, or identity. Samira from Love Island could choose to exclusively date white men until she takes her very last breath and, still, her black identity would remain unchanged. This may seem an obvious point but it is one worth repeating in the current climate, because the identity brigade are progressively normalising their discourse and, constantly, gaining new ground.

There are some experiencing a crisis of belonging, and disillusionment as they find themselves at odds with the views of the identity-determining majority. Noah’s joke suggesting black French players are not really French because of their skin tone may seem harmless, but this reasoning was not so funny when a stranger at a party once told me “yeah but you’re not really British, are you”. The experience, when added to past similar encounters, made me wonder whether I was foolish to think of myself as British at all.

We need to start by taking back control of the narrative to remind everyone that the many facets of a person of colour’s identity are not up for debate based on whether you like us or not.