Moving out as self-care 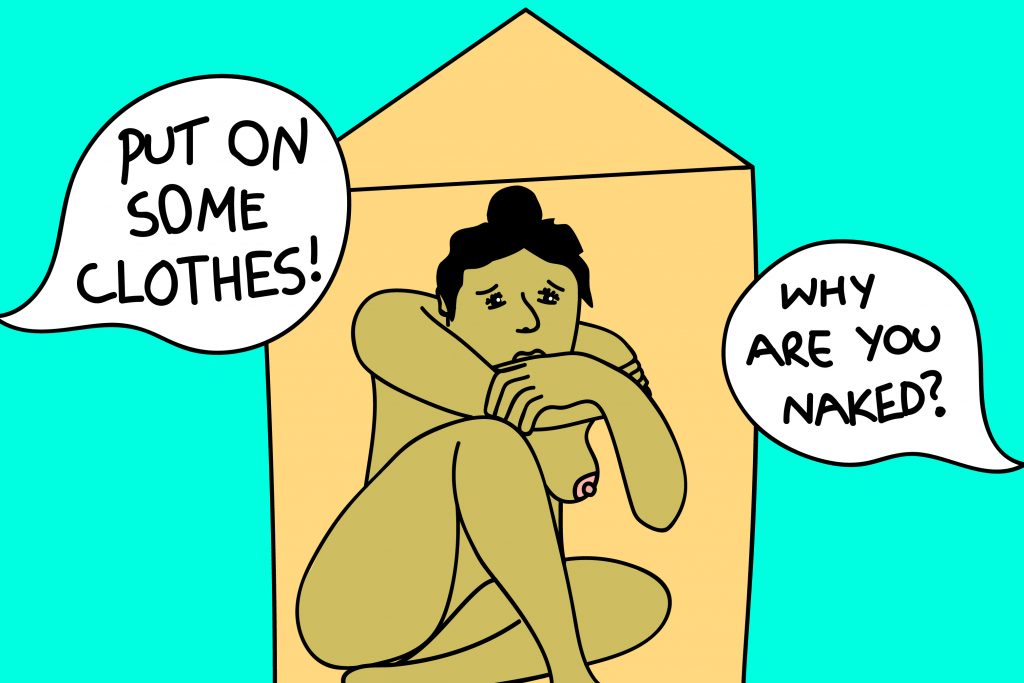 In the run up to our birthday and release of our second print issue, we’ll be posting articles focusing on this year’s theme of ‘HOME’ . They will feature content centred around our experiences relating to what home means for us as women and non binary people of colour, in a personal and political sense. Tickets for the print launch on Friday 29 September are sold out, but you can pre order the issue here.

After three years of living away at university, I returned home as most students do, with the intention of staying there for a while to save money and job search. Spending time with family was nice at first, but it didn’t take long for me to start feeling suffocated.

I had been away too long and I forgot what it meant to be an Arab, Muslim woman in a close diaspora community. When I left university I did not think that I had changed that much, I failed to realise how my experiences of living alone without constantly being told what to do had affected me, I had grown used to freedom just as I had grown used to the lack of it back home.

“Through choosing what to wear I became comfortable in my skin; accepting that my body was mine and shedding layers of insecurities”

Finding my own way in a new environment meant having to actively think about things and form my own opinions, as opposed to accepting everything as it was. At university I got up everyday and wore what I wanted. I had the right to choose how to dress, what parts of my body to conceal or show. Through choosing what to wear I became comfortable in my skin; accepting that my body was mine and shedding layers of insecurities.

Three years later, as a 21-year-old, hearing the words “put some clothes on” from family members instantly took me back to being a teenager who saw her body as a source of shame. Those words – toxic ideas that I had been unlearning – told me that my body was not mine, and were a reminder that I should hide it because men could not control themselves. The policing was constant and it felt like everyone but me had a say in what I did.

I once stepped out of the house in jeans and a vest and was asked by my mother why I was naked. I responded by saying I would just take all of my clothes off then, as I was apparently already naked. I had just read Headscarves and Hymens by Mona Eltahawy, and was following the example of a woman mentioned in her book. I felt emboldened by this small act.

Standing up to anything of this nature often results in patronising comments about “being too westernised”. This is a frustrating response to receive. The framing of the West as the upholder of freedom and rights for women can leave communities like mine fighting against Islamophobia and Western supremacy by rejecting those rights. Women are often tasked with protecting culture, and this sense of culture can often be unfairly placed on our “honour” or our role in being as “anti-Western” as possible, while men act how they like and often go unchallenged.

In a small community like mine, this is amplified by members policing women who aren’t even in their family. I remember growing up and having people tell my parents that I did this or that, only for my parents to come down on me even harder than usual. When on holiday with my mum, walking around in a bikini is fine, but in my hometown a vest top is pushing it.

When I moved back home from university, I found myself hesitating before I left my bedroom. I had to assess whether my outfit would be deemed appropriate, or result in conflict – with my mum’s recent remarriage, these standards found their way into my home. I felt trapped inside my bedroom. It was the only safe place I had where I didn’t have to worry about being shamed or shouted at. I once made the fatal mistake of stepping into the kitchen in pyjama shorts and my mum asked me if I was planning on putting some trousers on. When I asked why, she replied that it was because her husband was there.

That night I moved out again. What might seem like an overreaction to some was to me one of the most important decisions I have ever made, despite the trauma that came with not speaking to my mother or being able to go home and see my siblings. I decided that I was done with having my body sexualised and hidden so that the men around me could feel comfortable. Men are taught that they have no responsibility, instead women must do whatever they can to avoid being sexualised – an impossible task that we shouldn’t have to partake in. At that moment I’d had enough of compromising to please my family and keep the peace. In having my right to choose what to wear taken from me, I was being infantilised and no longer being treated like an adult capable of making her own choices.

The fact that mothers like mine pass on these harmful ideas to their daughters is deeply upsetting, although I do think it is done with positive intentions. For mothers, instilling patriarchal norms in their daughters is seen as a way of protecting them. I’m on good terms with my mother now. I know she is subjected to those very same pressures, and as a result of living in that community her entire life she has a lot more to lose from social exclusion than me.

It becomes difficult to see any progress when the stress and isolation that comes with constantly battling with my family leads to the deterioration of my mental health. Choosing to be against patriarchy can mean being ostracised from our families and communities, and perhaps even facing violence. Financial independence can help, but severing family ties can still be incredibly traumatic, which is why self-preservation is so very important. I still go home every now and then and pick my battles, pushing the boundaries as much as I can; but there are many things I have decided I’m not ready to fight for yet, and that’s okay too.