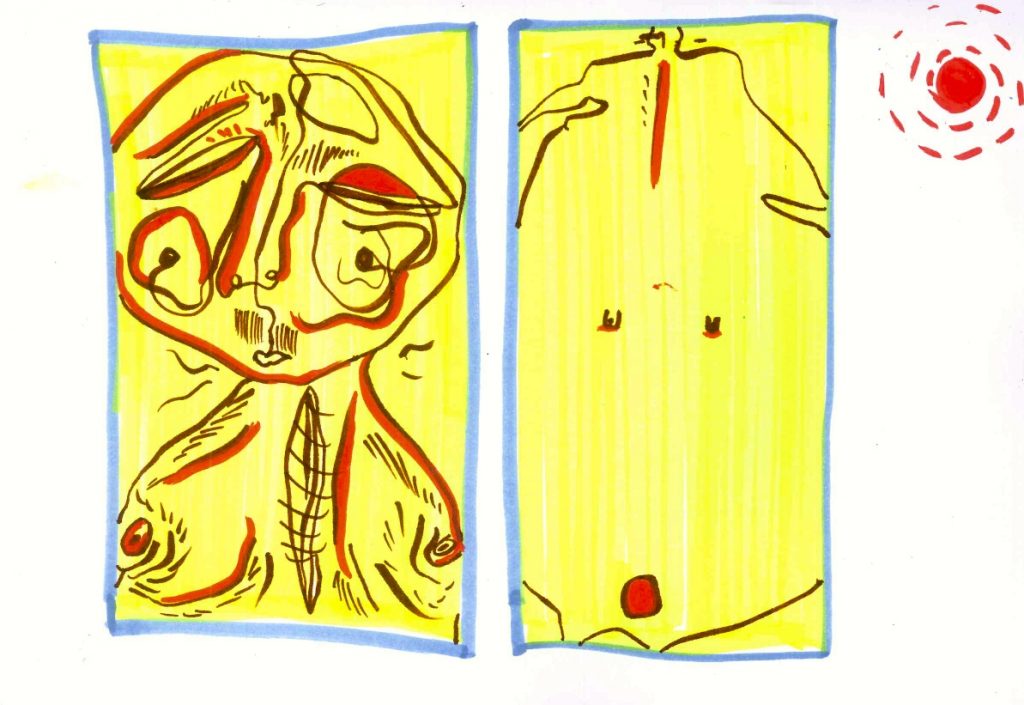 I distinctly remember the first time I was called cis*.

Until then, I had seen articles and posts addressing cis people, and been present in conversations around cis-ness, and I nodded along and internalised the messages as though they were directed at me, but the weight of the word was always dulled to me, like I was separated from it by the thin film of a bubble. I remained dissociated from it – until the bubble was quite casually burst one day by a white trans person. I was one of their only two cis friends, they said. Interestingly, the other person they deemed cis was also a person of colour. At this point in my life I was part of a social circle of queer white liberals, who said all the right things and later, I found out, would do none of them. I was, of course, the only person of colour.

This friend, who was passionate about gender neutral pronouns, and not assuming gender, and all the other things found in these white liberal circles, continued talking. I nodded, smiling. Yes, I must be cis. I was a little surprised. I think I had been careful up to this point to never label myself as cis. Or trans. But it had been decided for me, which gave me a numbness I thought must be relief. Years later, I realised it was anger. I must be cis. A white person said so! The process of understanding that moment for what it really was, unlearning it, and subsequently finding home in my gender, has been an ongoing and eye-opening one.

I wanted to be a boy from a young age. After I immigrated to England and started my journey of moving from white school to white school, I was often treated like a boy. I could not meet the markers of being Girl – as whiteness sets the standard for true and pure femininity, my brownness and hairiness relegated me consistently UnGirl. Although I was expected to act ladylike, I was treated more aggressively and as more of an aggression by multiple authority figures, namely teachers with badly concealed prejudices. Although I was expected to be beautiful, I was consistently conceived of as ugly. And although I was expected to be desirable, I would never be desired – I was an aberration. These are childhood experiences I believe every person of colour can relate to. Of course, my Brahmanism, my lightness, and my brownness in an anti-black education system protected me. These were the aspects about me that were still deemed pure because of their relation to whiteness, and I was able to coast on them and the model minority myth to good grades, and acceptable Otherness, and subsequently, relative safety.

As I got older, to a more cogent age of nine, the lesbianism began and I knew I would never be Girl. I was a girl. But I liked girls. And so in the eyes of the people around me, and myself, I could not be Girl. If gender is a construct, then womanhood is constructed in relation to desiring, and being deemed desirable, by men. From pre-adolescence through to adolescence, my friends around me started to do all the things expected of teenage girls – rolling up skirts, experimenting with make-up and dating. I tried to do those things too, although the thought of doing it for the desire of boys never crossed my mind. I did it because I wanted to be like the girls around me. I did it because I wanted to be liked by the girls around me. When my friends got boyfriends and started having sex with them I rationalised it by telling myself it was a joke. An extended, very involved joke, where the punchline was choosing to spend time with men. I was 20 before I realised it had not been a joke, or an experiment. The markers and performance of straight white womanhood, and thus by extension, Womanhood, baffled me as a young person. At that age had never heard of the words “cis” or “trans”. But I began to act out my disconnect from Girl through my eating disorder.

I started to hate my body at the same time as I started to desire girls. I started puberty early, and I remember desperately pressing my breasts to appear flatter in the mirror, a habit that has continued to this day. I was a girl, and yet I liked girls – what did this mean for the authenticity of my girlhood? I felt like a predatory freak. A dyke. I hoped that if I could disappear, or at least if my breasts and hips could disappear into passable boyhood, I would not be such a sinful transgression of gender. Unfortunately, I was not born to be an anorexic. I chose that other path instead, the more reviled and less fashionable path, of bulimia. It was easy, and also very hard. And it made complete sense to me.

My life as a young child, to the age of 20, became about the ritual of food, and how I could use it to control my out of control girlhood. What would now be labelled as dysphoria was transmuted as an obsession with weight – if I could be thin I would be white and then I would be Woman – and also an obsession with eating –  if I could eat enough to swallow myself whole, my body and curves would be buried under a mountain of concealing fat, and my womanhood would no longer be a threat to the project of Woman. Why could I breathe more easily when I appeared flat chested? Why did I feel safer when I thought of having no body at all? Anyone with a history of an eating disorder can tell you that the descent is steep, and fast. My life became about always finding the next best way to escape my body. Eventually, food was not enough. I dumped her, and began my relationship with suicide instead.

There was no home in my body. It was a temple of shame. It was a place where only mistakes occurred – of gender, of love, of fucking, and of hurting. My life became a series of desperate attempts to leave, and make a home in the feeling of nothingness that I associated with my failed gender. I dreamt, and I dream that I could flee the crimes I commit against Womanhood with my lesbianism, and my brownness, and my hairiness, by removing myself from my body. As I learnt more about transness through hypotheticals and academics, and more and more institutions heaped cisness on me, the worse the feelings and attempts got. There was a world of people around me embracing gender-nonconformity but it couldn’t be for me, because I wasn’t white.

White colonialism imposed gender and race onto its subjects in the age of Empire and it continues to do so today. Gender was a project of categorising colonised bodies and it continues to be so today – albeit in a better, softer disguise. Our current celebrations of gender diversity are overwhelmingly white – thin bodies in denim jackets and dyed hair dictate what is androgyny and what isn’t. As a brown friend once said to me, it’s incredibly difficult for a person with a traditionally brown, curvy figure to appear or feel androgynous – gender-nonconformity becomes another white standard to conform to in order to be seen.

“I am neither cis nor trans; binary or non-binary; and prefer neither gender neutral nor gendered pronouns”

Multiple white trans people have enforced cis-ness on me without my permission – colonial attitudes that people of colour cannot define our own genders, that we are inherently transphobic and homophobic and need to be educated, and that we need to be saved, still prevail in white queer liberal communities, even if they are covered up by slews of article and meme sharing. On the other end of the spectrum, multiple trans white people have enforced transness onto me by using they / them pronouns without my permission upon finding out that I am gender non-conforming.

I am neither cis nor trans; binary or non-binary; and prefer neither gender neutral nor gendered pronouns. My existence under whiteness and after colonialism is a perpetual state of being misgendered. My gender is not neutral, my gender is brown, and hairy, and lesbian. My gender transcends white concepts of the binary and thus it transcends the non-binary.

When I envision finding home in my body, I cannot explain it without reverting to colonial language of transness and gender. I associate English with everything that I lost in the process of immigration, and cannot feel comfortable using a colonial language to describe my anti-colonial existence. I have no words or pronouns to describe me adequately within the white construct of gender, which is okay with me. Ambiguity is my home. When I envision finding home in my body, it is in the inexpressible – the desire to stay rather than escape, the love for the heaviness as well as the lightness, and the pride in the Woman as well the UnWoman.

“I am a turtle, wherever I go, I carry my home on my back.” – Gloria Anzaldua, Borderlands

*short for cisgender, meaning those whose gender matches their assigned sex