Decolonising Healthcare: when fear of deportation leads to kidney failure

In the first instalment of her new column, Dr Annabel Sowemimo reflects on a Chinese patient with kidney failure who laid bare how UK healthcare has become a hostile environment. 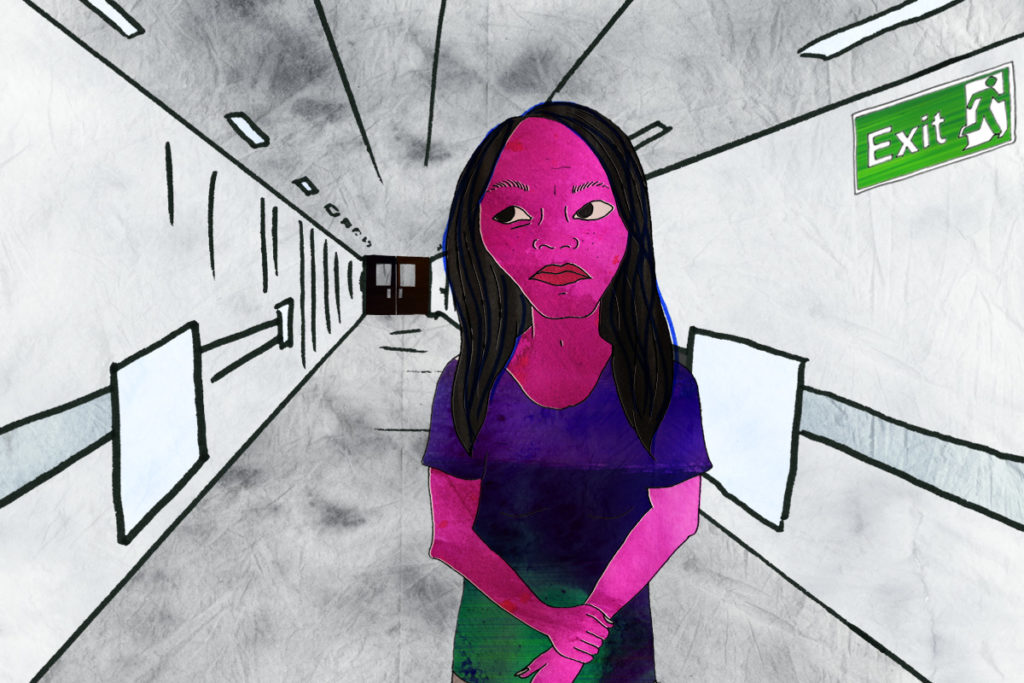 As a doctor, there are patients that you do not forget. Sometimes it’s because something went badly wrong. On other occasions, it may have been that the case was heart-breaking. Regardless, they remain etched in your memory. They shape you as a doctor and they can change how you practice medicine, for the better or worse.

Since the 2019 general election result, I have found myself thinking about a young Chinese woman I treated whilst on a night shift, two years after finishing medical school. It was the early hours of the morning. I was on my renal (kidney) rotation at a busy central London hospital and it had already been a long night rushing to look after patients on the ward and assist my Registrar with new patients in A&E.

It was nearly 4am. I was finishing my notes and a lovely nurse had made me a cup of tea which I hadn’t had time to touch. Honestly, I really wanted this night shift to end. But my bleep (pagers to non-medical folk) went off again. It was the Registrar asking me to finish reviewing a patient that likely required emergency dialysis (treatment given for failing kidneys). Beyond exhausted, I finished writing in my notes, left my tea to go cold and went to find the poorly patient.

She spoke only broken English and I had to find a phone to use a telephone translation service – a very slow process at 4am when there are very few Mandarin interpreters available and your patient is quite petrified. It emerged that she was an asylum seeker who had been experiencing symptoms of kidney failure for the last year but had not come to hospital as she was frightened she would be taken into detention.

The end result was her turning up to A&E – swollen, itchy and with complete kidney failure.  She needed dialysis immediately and, with any luck, a new kidney. But that would be difficult; donated kidneys are particularly hard to obtain for people of colour in the UK since there are fewer matches on the donor register. The rapid deterioration in the young women’s health may have been avoided if she had accessed healthcare earlier. Yet, like plenty of others, her fear likely deterred her from attending hospital.

I remember hearing a conversation between my senior colleagues at the morning meeting the next day, about who is eligible for treatment and the number of patients that they could prevent from requiring dialysis if they just got to see them earlier;  they could implement some life-style changes and give them medication. Yet so many barriers kept them away: fear of deportation, lack of health education and general practitioners not knowing who is eligible for free NHS treatment. It often ends with people requiring emergency treatment which is more costly and far riskier.

The recent election results make it even more important that we safeguard access to good quality healthcare for all. The health service has been run by immigrants for several decades – from cleaners to consultants – yet, despite this it’s still those same people of colour that struggle to access good quality healthcare. A series of compliant (formerly hostile)  environment policies are worsening a well-established health inequality gap; ensuring the most vulnerable who already struggle to access services are even more reluctant to do so.

Racial profiling means that anyone for an ethnic minority is singled out as a potential “migrant” and subject to this treatment too. I remember the Overseas Registration Officer at a large London teaching hospital specifically only targeting people of colour with identity checks. Frequently, I hear people of colour are reluctant to engage with health care providers feeling their health concerns are not taken seriously or that they feel providers are patronising. Additional targeted identity checks adds another layer of indignity that some would likely prefer not to endure.

A recent report that was embargoed until after the election highlighted that Tory measures to prevent “health tourism” have been linked to increased deaths in maternity services. Three pregnant women were found to have died as a result of delays in accessing medical care, as they feared they would have to pay under Conservative rules. In fact, all three were eligible for free NHS care.

Despite numerous medical organisations including the Royal College of Midwives, condemning some of the charges and identity checks being imposed on their services, these policies continue to be implemented. In this current hostile environment, it is clear that patient safety is now secondary to targeting those believed to be migrants and it is even more vital that people are aware of their right to healthcare and how best to safeguard their own health.

I will never know how life has since treated that young women: if she got her kidney transplant, if she is still on dialysis or if she even remains in this country. What I do know, is that she is not alone in her experiences and that there are many more patients like her that don’t know their rights and continue to be failed by our hostile healthcare system. This year I advise everyone to learn the basics about accessing healthcare. As pressures continue to grow on our NHS, healthcare advocacy and activism is desperately needed.

Dr Annabel Sowemimo is a Trustee of Medact Charity and founder of Decolonising Contraception.