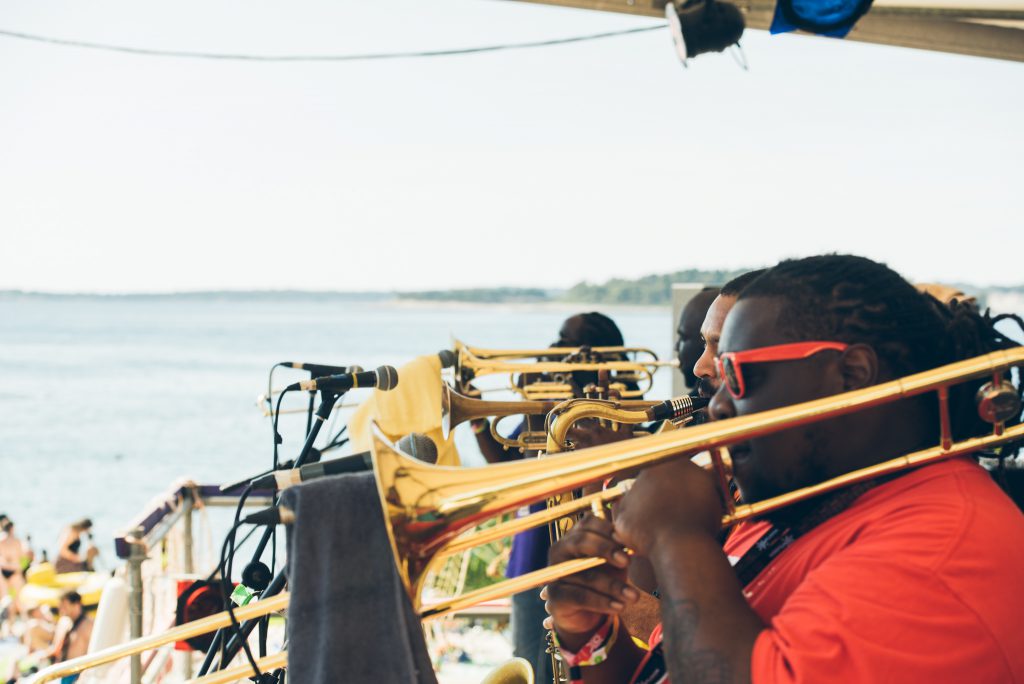 If you’ve never been to Outlook festival before, it is unlike any other. In an increasingly commercialised market focussed on quantity over quality, festivals nowadays feel more akin to a trip to Westfield with ketamine fuelled shoppers smothered in glitter. It’s a tough climate and with survival being imperative, achieving the right balance can be tricky for organisers. Despite this fact and having been running for almost a decade, Outlook manages to maintain its independence and true to roots style.

The journey to the festival is part of the experience. It almost feels like a pilgrimage, a rite of passage, to travel by road, air, boat and foot, crossing a number of borders for  thousand miles before finally arriving at the Istrian coastal city of Pula, home to the festival’s Opening Concert held in its 2000 year old Roman amphitheatre. Damien Marley headlined this year along with Slum Village and Iration Steppas which provided a positive start to a festival built on good vibes. At an additional cost, it isn’t an essential but a recommended addition to the festival experience. If you arrive early enough on Wednesday, it also allows you plenty of time to get a taste of the ancient city before heading to a 200 year old fort on a small peninsula and being greeted by your best friends D & B for the duration of the trip; Dust and Bass.

Yes, at Outlook every musical genre experienced at home takes on a new meaning. Dub becomes Dust and Grime becomes Gravel. If unprepared, you’ll soon wish you’d brought those battered but comfy and indestructible pair of trainers the second you step off the bus. Your flip flops will have disintegrated by the time you reach the box office. 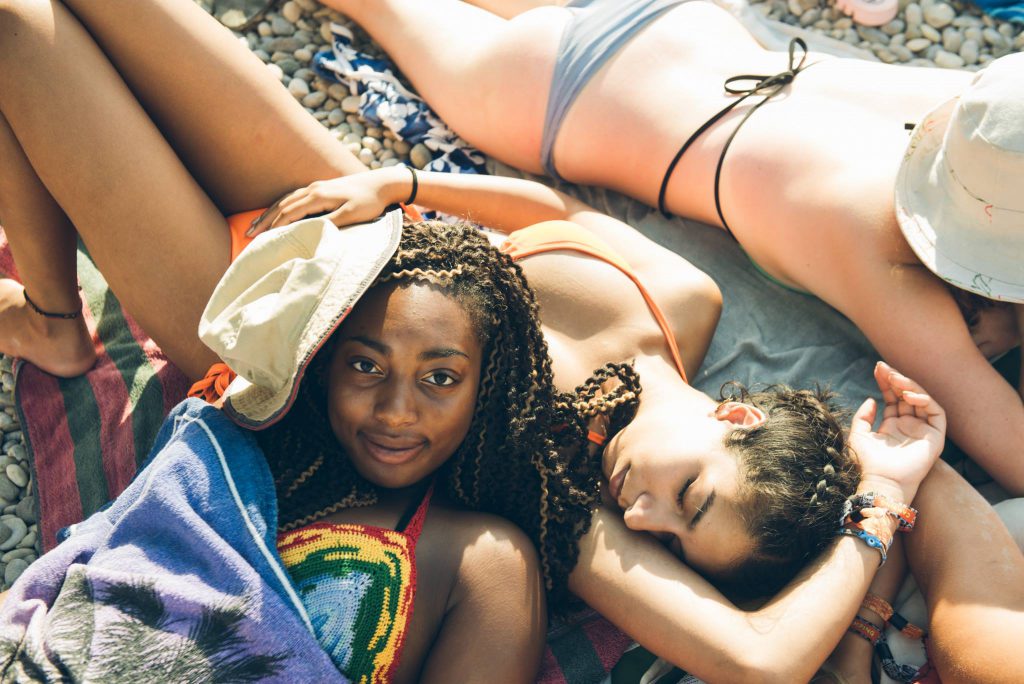 Camping is of course very different experience to lodging and there are pros and cons to both. Camping on site allows you to be in the heart of the action at a moment’s notice with the Beach and Clearing stages only a short walk away from your tent. Unless you’re lucky enough to get one of the few villas nearby, private accommodation can be a 10-30 minute cab ride away depending on where you stay so be sure to budget this in as the festival isn’t particularly accessible by foot. The toilet and shower areas in the campsite are nothing spectacular but pretty decent by festival standards. You’re given plenty of toilet roll on arrival and there are a number of taps around the campsite. On the downside, camping will always be #basic, the camping pass isn’t cheap and some dodgy Croatian dudes might or might not steal your stuff and hide their drug stash underneath your tent. Either way, the Croatian security and undercover police do not mess about when it comes to extorting you for the slightest whiff of a spliff so don’t take any chances unless you’re prepared for a very hefty fine.

Thursday provided a great kick off to the festival with lots of good quality acts to choose from. After some gorgeous girl power at The Beach with the likes of Abra, Hiatus Kaiyote and Little Simz we were eager to head to the Clearing to catch Joey Badass before making our way to see JustJam host The Void stage. Having filmed some of the most exciting sets last year it was good to see the guys finally takeover a stage with their resident DJ’s Crackstevens and Barely Legal warming up the crowd along with The Heatwave who raised the temperature. We were more than ready for MJ Cole, Swindle and Zed Bias to spin the fire until the crack of dawn. 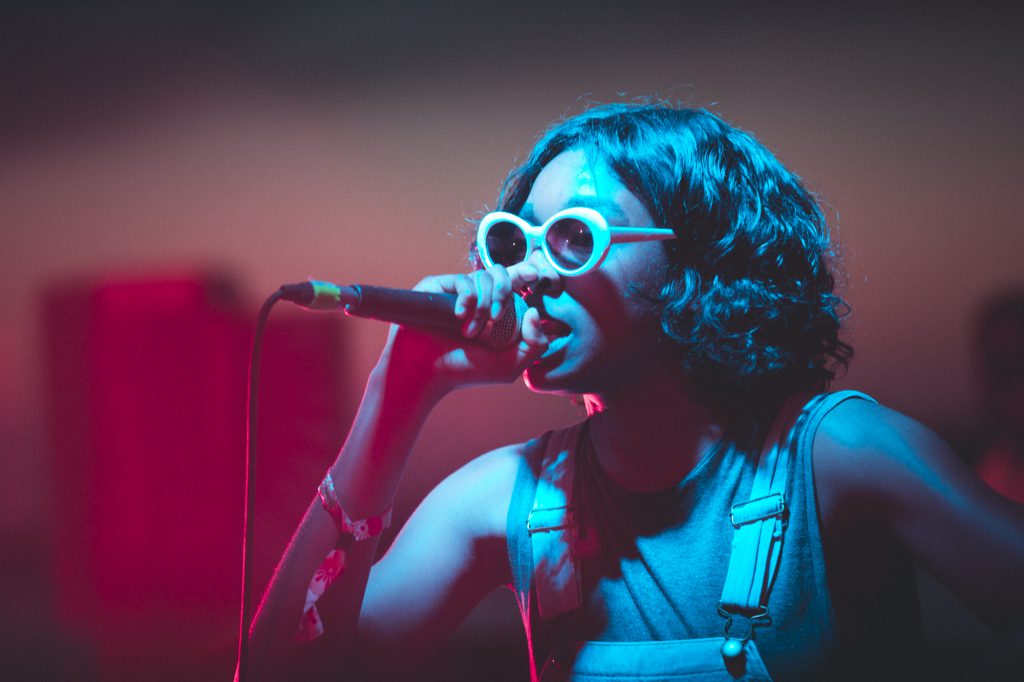 Friday daytime was pretty much a wrap for us, as is often the case we spent the day recovering and napping in the sun. The Beach is the perfect setting for recharging with a smoothie (or a cocktail if you’re after the “hair of the dog”). Still excited by the night before, we joined the JustJam boat party that evening for more. The boat parties can never really be summed up accurately. There’s this unwritten mystery around them because they’re like a piece of the festival that breaks off and sails away and only the select few that manage to make it on board, know what went down. That’s exactly how they are supposed to be and shall remain. What we will say is, you have to do at least one boat party during the festival otherwise you’re missing out. If you can afford two or three even better, you won’t regret it. The ones earlier in the day are much harder to muster than the later ones, so choose wisely. 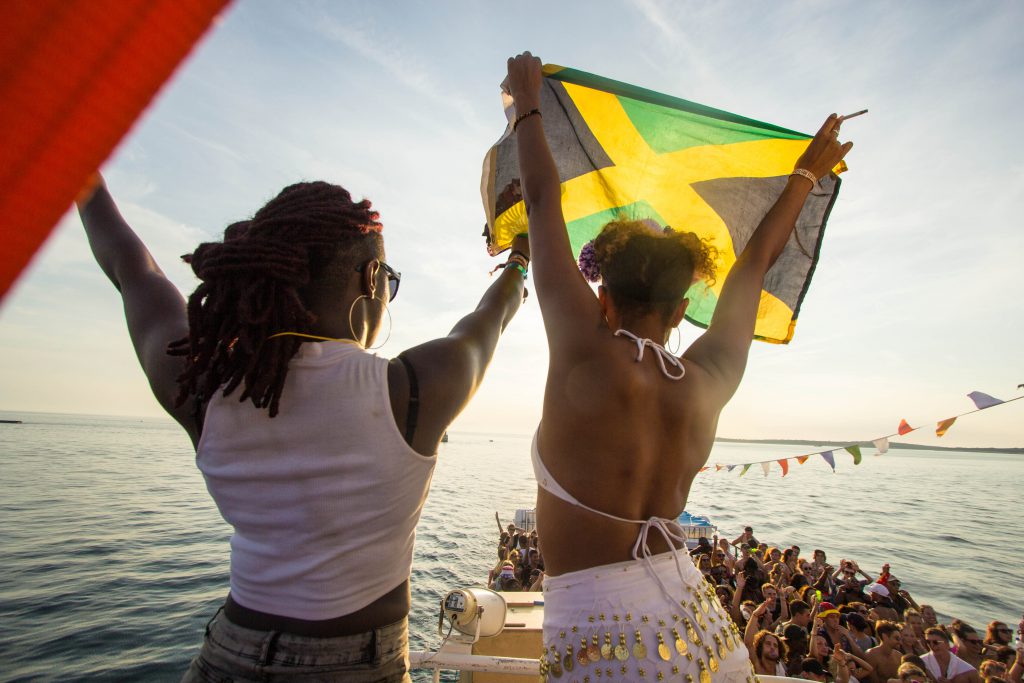 We were fortunate enough to catch the end of Mick Jenkins, having walked up from our docked boat at the harbour to The Clearing. He performed a number of tracks from The Waters mixtape, ending with his new single ‘Spread Love’  from the freshly dropped album, The Healing Component. Mick was nicely followed by our boy K.A. with half of the gal-dem Outlook crew having grown up in East London and the boat party liquor fully in effect, we prepared our gun fingers knowing that Kano would LENG IT DOWN. He didn’t disappoint.

After a taste of grime, we went back to the old school at The Moat ‘For The Love of Garage’ with legends Artful Dodger, Sticky and Scott Garcia. This area should be accompanied with a warning, The Moat has a sound system that feels like it was constructed by Nasa engineers on acid. It is certainly not for the faint hearted, the bass is so powerful it lifts you off your feet and defies gravity. If you cannot handle it you may pass out, possibly vomit or leave in tears as witnessed once before. Our advice would be to stay back and approach the DJ booth with caution and in baby steps. Satisfied with our Moat experience, we ended up in the Void again, tempted by Hot Wuk and the Heatwave guys, the pied pipers of a good dancehall session that you can’t resist.

Saturday seemed to be the day for DnB and Dubstep with the Hospitality takeover at The Clearing and Deep Medi at The Void, by this point the ‘Dust & Bass’ was starting to take it’s toll. Feeling heavy headed and somewhat congested by the dust, we no longer knew what day it was, how long we had been at Outlook or when it was going to end but we rolled through accordingly.

After another day on the beach littered with sprawled bodies, we thought we’d explore some of the (many) other areas of the festival we had neglected. Starting off in The Stables we had a good ol’ boogie with the LEVELZ clan from Manchester who really hyped up the revellers with their engaging MC’s. Subsequently, with one of the most powerful, awe-inspiring sound systems in the festival it was only right to cross the bridge, right into the core of the fort; Mungo’s Hi-fi for some serious Dub from Iration Steppas. If you head to the bar up the ancient staircase, the view from the top of the fort is pretty impressive. 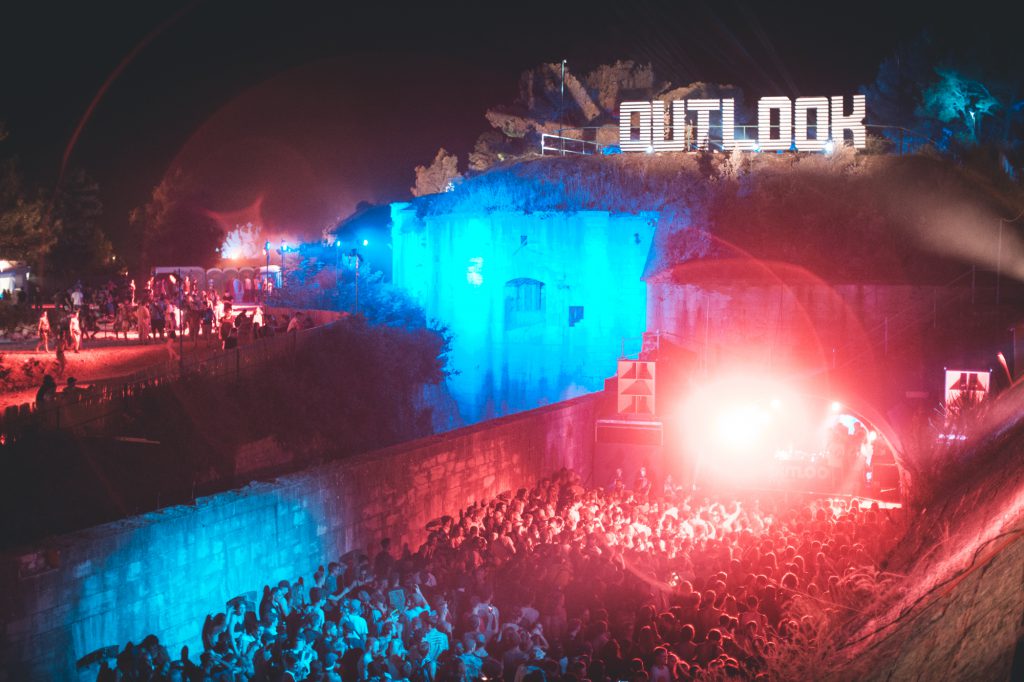 Sunday was by far the highlight of the festival for us. With the likes of Loyle Carner, Kurupt FM, Novelist, Section Boyz, Stormzy and Zed Bias headlining the Clearing, it was only right the gal-dem was present to support the man-dem. We knew in advance it was unlikely that we would see anything else that night and with our transfer booked for early the next morning, we arrived early and made ourselves comfortable.

Loyle demonstrated his growth, appealing to a large crowd of young revellers and feeling humbled with the turnout. Kurupt FM brought the #ENERGY outside proving that people just go wild whenever the boys command, throwing their K’s up and wearing Kurupt FM t-shirts. Novelist carried the energy torch, with a powerful stage presence that captivated the huge crowd, and a formidable performance for a young artist – he’s right on the heels of his older contemporaries. We would have been able to describe the audience reaction to Section Boyz and Stormzy if it wasn’t for the fact that by this stage, we were soaked both internally and externally from the copious amounts of rum and rain that flowed. What we can recall is the overwhelming sense of pride watching their transfixing performances while our lungs bellowed out the hits that have made this past year such a special one for grime and for London. The Outlook 2016 memory that is forever etched in our minds, is the only storm of the festival breaking when the lightning strikes as Stormzy drops his infamous ‘(Where Do You) Know Me From?’ chorus. How could the the crowd ever forget that moment? Maybe Outlook 2016 is a new answer to his question.

Sign up now for early-bird tickets for next year. There will be about 1,500 reduced-price tickets available on pre-sale. Register here.