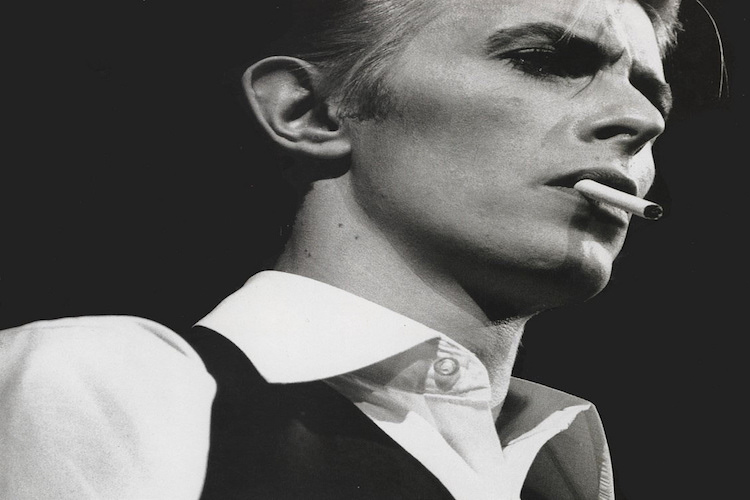 David Bowie has died, aged 69 after an 18-month battle with cancer.

We have lost a pioneer of British pop. Bowie’s son, Duncan Jones, confirmed the news on Twitter in the early hours of this morning. Tributes have poured out from collaborators, fans and fellow musicians all over the world.

Very sorry and sad to say it's true. I'll be offline for a while. Love to all. pic.twitter.com/Kh2fq3tf9m

Thank you David, It was a pleasure to call you a friend. You're an icon, an inspiration and a fearless creator. It's…

Born in Brixton, South London, David Jones went on to become an actor, singer-songwriter and a fearless visionary who changed what it meant to be a pop star. With a refreshingly novel individuality, regardless of the status quo, Bowie approached his art with a non-conformist curiosity, drawing outside the lines of British pop as it was in the 60s onwards.

‘Space Oddity’ was Bowie’s first commercial hit release, in 1969, which gave him his first big break. Through the years, he was fronted by several alter-egos – the first and most famous was Ziggy Stardust. David revealed Ziggy, the rock and roll character to the world during the 70s. Ziggy was an androgynous rock star, flexing out of the gender binary. Bowie was defining the art of pop by his own standards and means of expression.

Bowie was not confined by his pop-star status. He delved into acting and came to give his iconic performance in one of the most quintessential fantasy films ever made: Labyrinth. His performance as Jareth the Goblin King will be held in high esteem for generations to come. 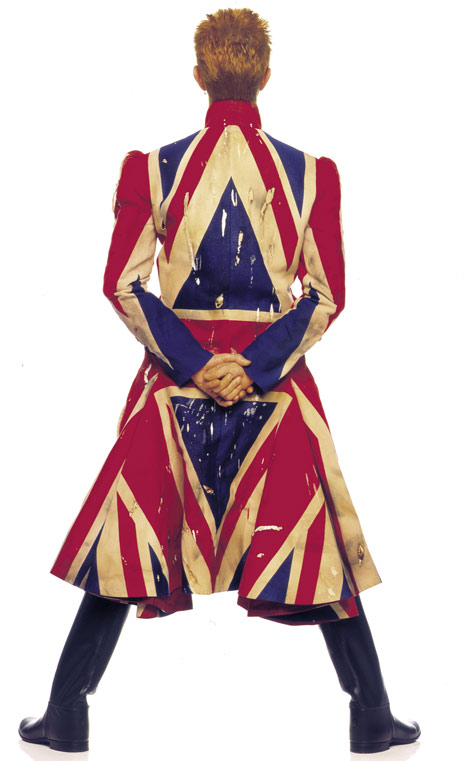 His Earthling release in the late 90s saw him venture off into a drum-and-bass-inspired sound, as a nod towards the likes of Goldie and Roni Size’s reigning era of drum’n’bass, but of course with his own Bowie-style futuristic flamboyance.

Last Friday, on his 69th birthday, Bowie dropped his 27th studio album, Blackstar. The pop star bowed out with jazz, a mixture of drum and bass and futuristic rock, as theatrical as ever. Long-term producer and friend, Tony Visconti said: “Blackstar was his parting gift.” 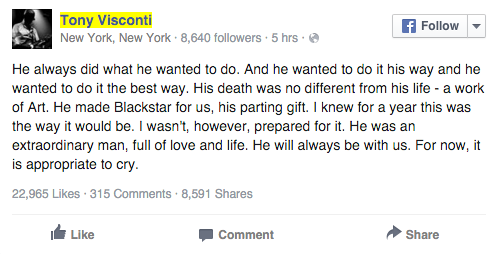 We have curated a playlist of our favourite tracks to pay tribute to the timeless icon that is David Bowie (8 January 1947 – 10 January 2016).

Listen to it below.