Race review: All the news you might have missed 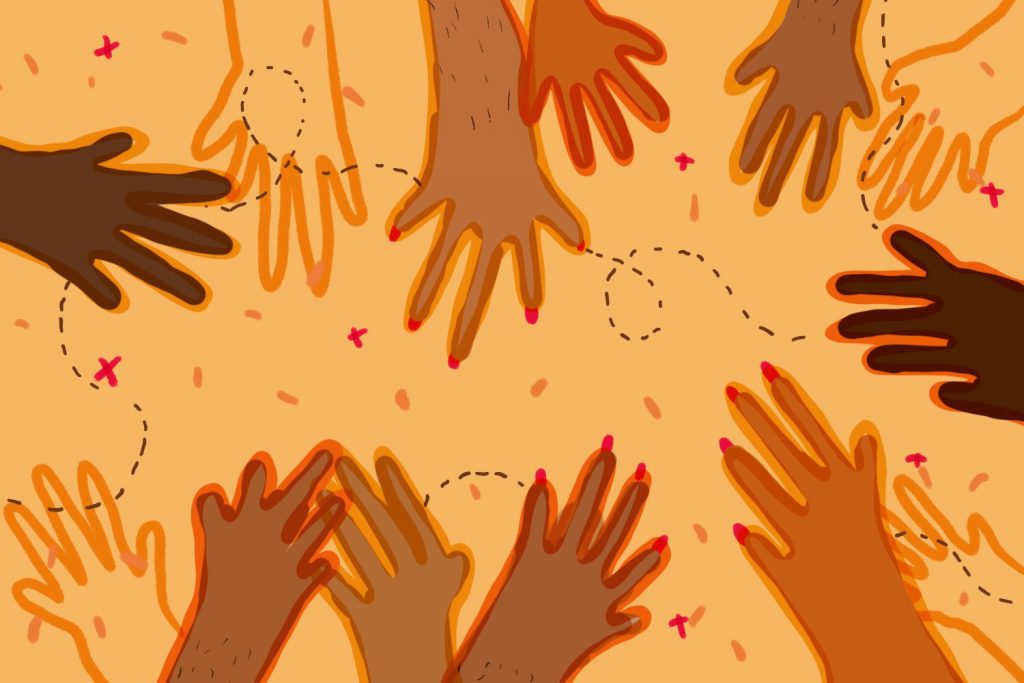 The New Yorker’s cover last week showed that liberal Americans are still revelling in the recent wave of firsts from the midterm elections. Staring into a room of pale stale males, a new diverse group of representatives enter Congress, hoping to shake up politics from the ground up. Over 100 women join congress including the first Native American woman, who is openly gay, and the first Muslim women, one of who is also the first Somali. Alexandria Ocasio-Cortez is the youngest Congresswoman ever, and on her first day in Washington she took part in a sit-in protest on climate change. She’s such a relatable millennial she can’t even afford rent in Washington until her first pay cheque for her new job in January.

Meanwhile, Trump found an alien sense of racial sensitivity. He shouted at black journalist Yamiche Alcindor when she suggested his nationalist rhetoric could be seen to embolden white nationalists. “That’s a racist question”, he said, without a hint of irony.

Over in the UK, London has been declared “lawless” after being hit with five fatal stabbings in six days. Piers Morgan advocated for stop and search but was shut down by a guest on Good Morning Britain who reminded the presenter that he was championing a policy that he himself would likely never have to live with. Stormzy is confirmed as Glastonbury’s first headline act. And, the BBC came under fire for putting hot chocolate powder on a black TV presenter’s face because they didn’t have the right shade of make-up. Sigh.

Here’s the other news you might have missed recently:

London’s knife crime problem hit all the front pages this week after a spate of violent stabbings. The capital has seen a spike in knife offences this year with just under 1,300 stabbings taking place up to April. That’s a 16% increase.

The 119th homicide victim in London this year was 16-year-old John Ogunjobi, a budding rapper who was killed whilst waiting for his mum in Tulse Hill on Monday. It was the fifth fatal stabbing around south London in six days after the killings of Rocky Djelal, 38; Jay Hughes, 15; Malcolm Mide-Madariola, 17, and Ayodeji Habeeb Azeez, 22.

There has been an ongoing debate this year about the relationship between drill and the spike in London’s knife crime. John Ogunjobi, known as JaySav, was linked to the Lower Tulse Hill gang who made drill rap music videos. His mum is now being taunted by violent and sickening drill rap videos, bragging about his murder, saying he had his stomach “cut open like a bear.” The rapper, who was masked in the video, then claimed credit for the teen’s death, finishing the song with a laughing emoji.

Brazil’s new far-right President Jair Bolsonaro is reportedly organising staged raids, at times without warrants, in universities across the country. The raids are a bid to stop illegal electoral advertising, however much of the confiscated material does not mention election candidates.

Among such confiscated materials are a flag for the Universidade Federal Fluminense reading “UFF School of Law – Anti-Fascist” and flyers titled “Manifest in Defense of Democracy and Public Universities”.

On October 31, Brazil’s Supreme Court voted unanimously to suspend the decision that led to the university raids, saying they had violated the right to free expression.

Supreme Court Justice Cármen Lúcia Antunes Rocha declared that: “The only legitimate force to invade universities is free and plural ideas. Any other force that enters is tyranny, and tyranny is the exact opposite of democracy.” All this is taking place before Bolsonaro even takes office.

Justin Bieber’s car broke down in the LA hood and they made him do press-ups.

After his car broke down in a LA neighborhood, @JustinBieber was spotted mingling, singing and playing basketball with its civilians as he waited for help. pic.twitter.com/PgscafVYDx